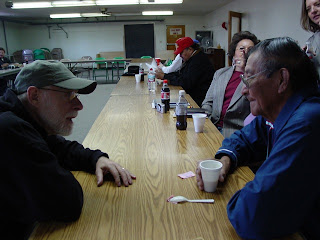 Vasicek told the author of the article at Denver Post, Eric Gorski, that Indigenous Peoples continue to be treated with disrespect by the media.

"The only thing they ever wanted, as most of America's indigenous people, have always desired, simply respect and America's media and press continue to wipe their feet on them."

In response to the article in Denver Post, Vasicek wrote the following response.

Many laugh at this and say the Cometsevah's did not know what they were saying.  Both of them passed on before they could finish their work.  They played an integral role in guiding and directing me while making my film.  The film won 3 best film film festival awards and was cataloged into the Smithsonian Institute Libraries, amongst other things.  Films Media Group has been distributing it in North
America and Asia.

Media and journalists have been using these inaccuracies for years.  It shows no respect for Laird and Colleen.  It's like slapping them in the face.  The only thing they ever wanted, as most of America's
indigenous people, have always desired, simply respect and America's media and press continue to wipe their feet on them.  Until that respect is genuinely exhibited by the media and press, America's indigenous people will continue to be looked upon as second class citizens by most others.