The Walk is leaving Wheeling today and heading west on 40 and some back roads where 40 runs into Interstate 70. We would like to thank the Soup Kitchen of Greater Wheeling, Becky and her husband, Carmelita, Tommy, and Willy Underbaggage for their support. The truck will be on the road again in the next day or two as the parts have been ordered. Thank you to all those that have thought of us. 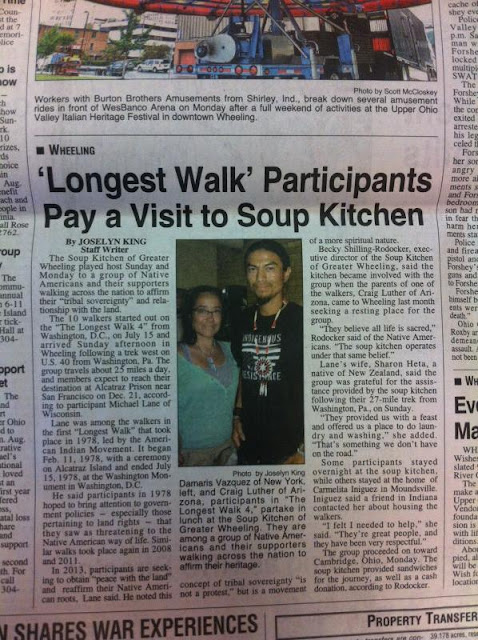