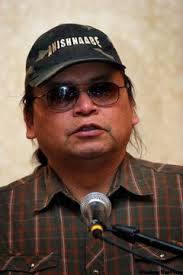 The US Military has been operating without oversight for some time.
http://www.aljazeera.com/indepth/features/2013/03/2013315171951838638.html
I was in Iraq in April 1998 with Broadcast quality camera and a TV crew at the invitation of the Saddam Hussein Government. The Mennonite Central Committee here in Manitoba Canada had been working in Iraq for many years and they as a Christian group did not do politics, they simply worked as a relief agency. The MCC supported our indigenous peoples efforts to "expose" the Economic Sanctions but they themselves could not or would not be involved in what they considered politics.

We shot 25 hours of video in Iraq including an extensive interview with the then Iraqi Minister of Health who talked about depleted uranium and the fourfold increase in cancer in Iraq. The United Nations had released a study in December 1995 with the conclusion that 567,000 Iraqi children had died in the first five years of economic sanctions.Confronted in a television interview with the conclusions of the UN study, US Secretary of State Albright simply stated, "the price was worth it".
Depleted Uranium is a weapon of mass destruction. It is my opinion, that the use of depleted uranium is same as sarin gas or chemical weapons but the United Nations has not examined the use of depleted uranium and its effects upon populated areas. Our twenty-five hours of footage from 1998 may someday have some historical value but when we returned from Iraq in 1998, western media and people in the west didn't care how many Iraqi died or how many suffered from the effects of depleted uranium.
https://www.youtube.com/watch?v=szioDzHfYkQ
The video we have posted on Youtube is only a few minutes long because no one wants to see the reality of what the Iraqi people endured or even what the children suffered. We edited what we put on Youtube, knowing that no one should see the really horrible things that we video taped in the harshest areas of the hospital where children suffered before their deaths.
Still even today, Americans have more rights than the Iraqi did then and do now. It is not UnAmerican to ask questions nor is it unpatriotic for an American to defend the rights of Americans to ask questions.
Economic Sanctions have been visited upon other countries, but it is a double edged sword. In May 2005 I wrote an article with the following two paragraphs
May 2005

In 2001, the United States economy was extremely healthy with a $128 billion surplus and expected $5.6 trillion worth of surpluses for the next ten years. Within four years the bright economic forecast had become a far different reality. In 2004, United States deficit was $412 billion; public debt was pegged at $43 trillion. Federally, US national debt was $7.7 trillion and in 2005 the expected deficit is $427 billion, an average $1.2 billion daily increase in debt. By far, United States is the world’s biggest economy, 15 times larger than Canada’s economy but no one expects United States can maintain it’s current debt load. Even at current low interest rates it requires 80% of all money borrowed at the World Bank just to cover interest on the US debt. This is the new reality; United States can financially implode and cause a worldwide recession perhaps even a depression.

United States by itself spends as much on military expenses as the next 13 largest military countries in the world combined. Steven Maich reports in Macleans (March 02, 2005), “Between 2001 and 2004, the annual budget for the Pentagon and domestic security rose by US87.1 billion, an increase of 27.5 percent in four years”.  The cost of wars in Iraq and Afghanistan coupled with a future that includes 77 million baby boomers reaching their unproductive years, high medical costs, and a commitment to lower taxes makes Americans used to living on credit, a country headed for financial disaster. Credit card junkies, Americans represent 5% of the world population but consume 25% of the world’s oil. Americans in a deep recession unable to live in their accustomed lifestyle could become a military superpower with an unstable government.

I wrote that three years before the 2008 economic meltdown. It is easy to see where the United States is going today if we understand the economics that drive politics. I live on a small reservation in Manitoba Canada nine miles north of the North Dakota, Minnesota border. Within 90 miles of our location is the largest concentration of nuclear weapons in the world. Everyone of us has the right to question our governments. Bradley Manning and Edward Snowden are today considered by the military as terrorists but eventually Americans may yet one day see them as people who stood up for the right to question.

I applaud all Americans who are willing to ask questions of their government. I may not always agree with you but you are entitled to question, that is your right in a democracy. I do not stand against soldiers doing their job, a soldier takes orders but we as citizens all have a right to stand up for those soldiers who cannot question. Perhaps in ten, maybe twenty or even fifty years from now, our twenty five hours of video can be evidence of a war crime, just not today, maybe someday.