Southern Grand Chief Murray Clearsky on his sacred horseback ride to create awareness on the treaties with non-Indigenous Canadians. Grand Chief Clearsky and currently 12 riders are riding to Onion Lake, Saskatchewan for the National Treaty Gathering which starts on July 14, 2013 which will decide a new direction, new future and new hope for our Indigenous people who hold international Treaties with the British Crown and now Canada! 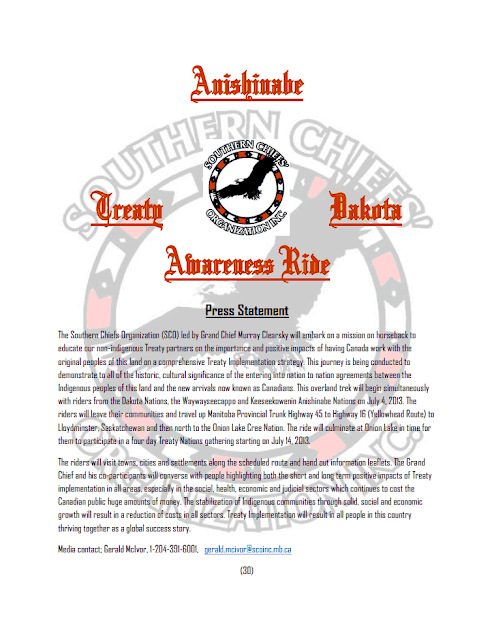 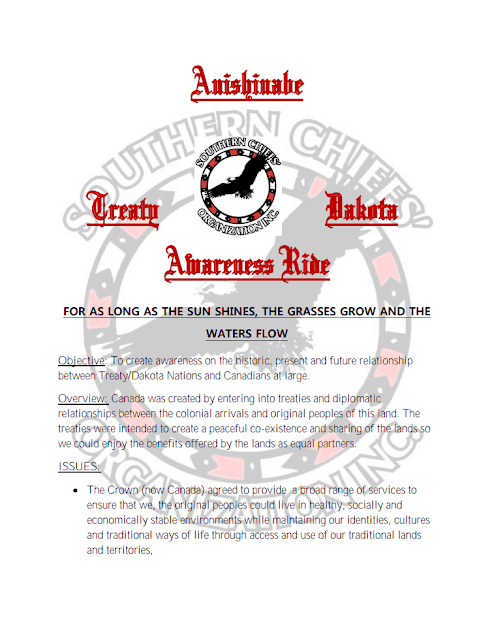 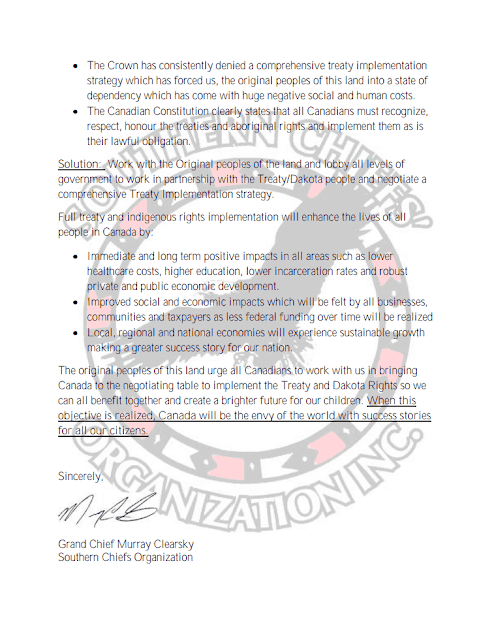