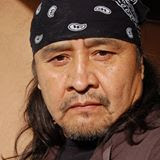 About Depp feeding that crow on his head: 'Only a Native can do Native humor'

Ok you all, had to walk a dozen miles off the Chuska mountains, walk through Bear Canyon, saw huge  mountain lion tracks, heard Bigfoot yelling his hello to the holy beings, ran a few kilometers after my rez mountain bike blew a tire, then carry my 50 pound back pack and walk the rest of the way with my chizzy underwear and socks needing a wash after a couple of weeks playing mountain man Jeremiah Yazzie, just to see the movie The Lone Ranger, all the while to give you all my review of the movie.

I give it SEVEN BURNT FRYBREADS out of 8 frybreads. This almost a quarter of a billion dollar slapstick "native" pirate of my beloved Canyon De Chelly and Monument Valley made me kinda sad. It was not funny, what I disliked about the movie was everything, its premise and its fantasy script of non-native writers who romanticized what probably they always wanted to write .,, "a western", all with spiritual Indian speak with spirituality, and made up history to make up for the use of native imagery and profit.

What saddened me the most was how Jay Silverheels tried his best to work as the first real native actor in a television series to promote his people. I admired and know he gave his greatest dedication in paving the way for future native screenwriters, actors, and producers, only to see his character Tonto reduced to a unfunny native redface character. What I hated the most was this incessant need to feed crushed corn to the dead bird on his head, only a native can do native humor. As I saw the credits roll I was amazed that Johnny Depp was first listed above everyone else as an executive producer, and how much incredible power he possessed in creating this movie's creative structure, it failed. As a native filmmaker it was obvious to me that Hollywood once again failed. Yes, yes, it is just a movie, but the ramifications of symbolism and interpretation will be recorded as true among America's non-native uneducated native history buffs, which is very dangerous for our future and perception of who we truly are today.

I'm glad our Dine didn't adopt Johnny Depp, whew. I know, I know, but you all know me by now, I say what I believe are my truths, it may not be real to others, but for myself I believe it to be. I could have made almost 225 million "The Rainbow Boy" movies and used real native actors and real native speakers. Anyways, I am still plugging away in completing my film.

LONG LIVE JAY SILVERHEELS!!! Thank you uncle/grandpa for your sincere sacrifice and dedication in being the first native actor in a television series, it must have been tough for you with the scriptwriters and directors who didn't understand what beautiful people we were then and now.

Now gotta wash my chizzies and head back to the forest and sit among the plants and animals and maybe make me a dead crow headdress to keep me company as KTNN was getting boring.
at July 03, 2013

Great post! Maybe Mr. Depp wouldn't mind kicking down some of that chicken scratch to film a real native movie.

Like the Jewish actors they used to hire to play Indians in TV programs, Depp evidently has an image of what a Comanche Indian looks and sounds like. I'm still waiting to see the outtake where Silverheels says: " Kimosabe, sometimes I think you full of . . . " Oh, and try KUYI they play some good stuff! I listen to their feed in Schuk-son.

Its the same old stereo type and now the wealthy Jewish people who now controls all of Hollywood! How would they feel if we had the money to make Stereo type movies about their race! Oh yeah now I will be labeled as Anti-Jewish! and verbally attacked by the weekend Indian Warriors! "All My Relations'