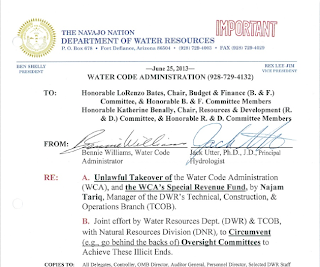 Whistleblowers within the Navajo Nation government have exposed corruption in the takeover of the Navajo Water Code Administration. The Resources and Development Committee is holding a meeting on Tuesday, July 9, 2013, at 10 am in regards to the following memo. Grassroots Dine' are encouraged to attend. 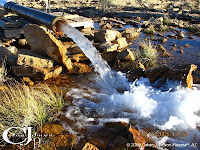 Dine' told Censored News that the memo is exposing those on the Navajo Nation's payroll who are aiding the outside interests that they ultimately serve. Those include Jon Kyl and John McCain, along with the states of Arizona, New Mexico and Utah, and the dirty coal industries of Navajo Generating Station, Salt  River Project, Peabody Coal, BHP and more.