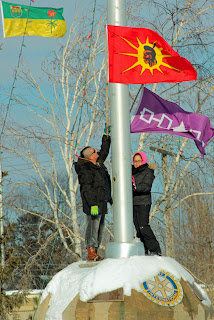 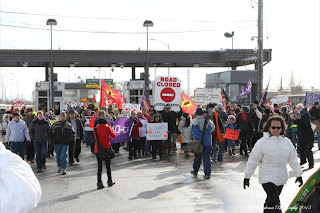 Akwesasne Cornwall Border Action 'Idle No More' Saturday, Jan. 5, 2013
Thank you Don Smith, www.cornwallfreenews.com
for sharing with Censored News!
Watch videos of the action:
http://bsnorrell.blogspot.com/2013/01/video-cornwall-akwesasne-border-idle-no.html
The International Bridge was closed to traffic for nearly five hours Saturday as Mohawks marched to Cornwall, Ontario, and back to protest a Canadian bill that violates their sovereignty.
at January 06, 2013 1 comment: 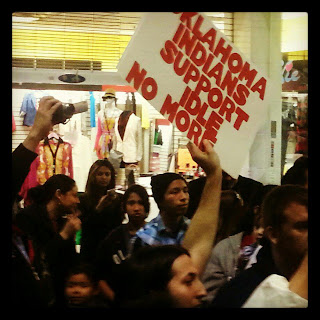 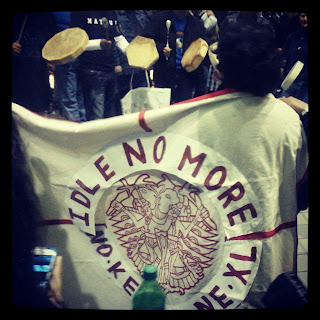 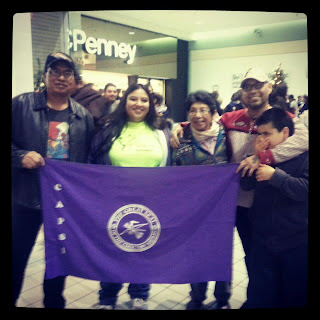 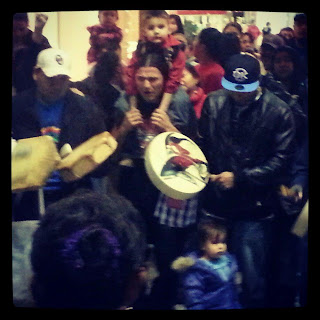 History of the Idle No More! movement
http://idlenomore1.blogspot.com/p/background-on-idle-no-more.html

Mohawk Nation News 'Canada, This is the End'


CANADA, THIS IS THE END
MNN.  Jan. 5, 2013.  You know everything is ours.  It’s the end of the road.  Corporate Canada, you and your photo op Indians will no longer show off how well you’ve done from the genocide of our people.  It’s over.

Foreign corporations own nothing.  You cannot claim one acre of land under our law.  We Indigenous hold the debt on US and Canada like no other country in the world.  We are calling it in.  We are sending you and your accomplices an invoice for all the stolen wealth you owe us, 200 years of theft plus the interest, according to your own bankers’ system.  You cannot pay it.  You’ll have to claim for bankruptcy and become insolvent. Then you have to leave Great Turtle Island with nothing, the way you came.

We will care for our Great Mother as she was meant to be.  The Council of Men will stand up.  The Women will take over the communities. There will be no war. Every mother shall call their sons and daughters home to live in peace. The masters of war will not do business anymore anywhere on Great Turtle Island.

Follow the roots
The subjects of the defunked corporations of Canada and US can take shelter under the shade of the tree of peace, the true law of the land.  They will come to the same mind as us.

We are travelling toward the head of the serpent that created dismarmony and almost devoured everything.  The corporations are at the tail end.  Strange bugs and beetles from the ground will attack the serpent.  It will leave never to be seen again.  Mother Earth is calling us to come together to restore balance and harmony, to renew our friendships.  Our mass consciousness is expressing truth and love.  Plants, animals, fish and all of creation are waiting for us to hear again.

Violators of the Two Row and Great Law know what they have done as Creation gave everybody the ability to reason.  They chose their path.
Listen to our farewell song to you Canada.  It is “The End” as sung by The Doors in the movie Apocalypse Now at the death scene of Captain Kurtz: “This is the end, beautiful friend. The end.  Of our elaborate plans.  The end.  Of everything that stands, the end.  No safety or surprise, the end.”  “It hurts to set  you free.  But you’ll never follow me.  The end of laughter and soft lies.  The end of nights we tried to die.  This is the end.
http://www.youtube.com/watch?v=1b26BD5KjH0