British soldiers in Northern Ireland were the first to use rubber bullets. During the 1970s and 80s they killed seventeen people, eight of these fatalities were children. Most of the killings were concentrated in the first few years of the 80s. No soldiers were ever prosecuted. The families of the victims continue their fight for justice to this day.  http://www.derryjournal.com/news/plastic-bullet-victim-s-family-in-talks-with-villiers-1-6577744

In 1981, in one month alone, following the death of hunger striker Bobby Sands, an incredible 16,665 of these so called “baton rounds” were fired. 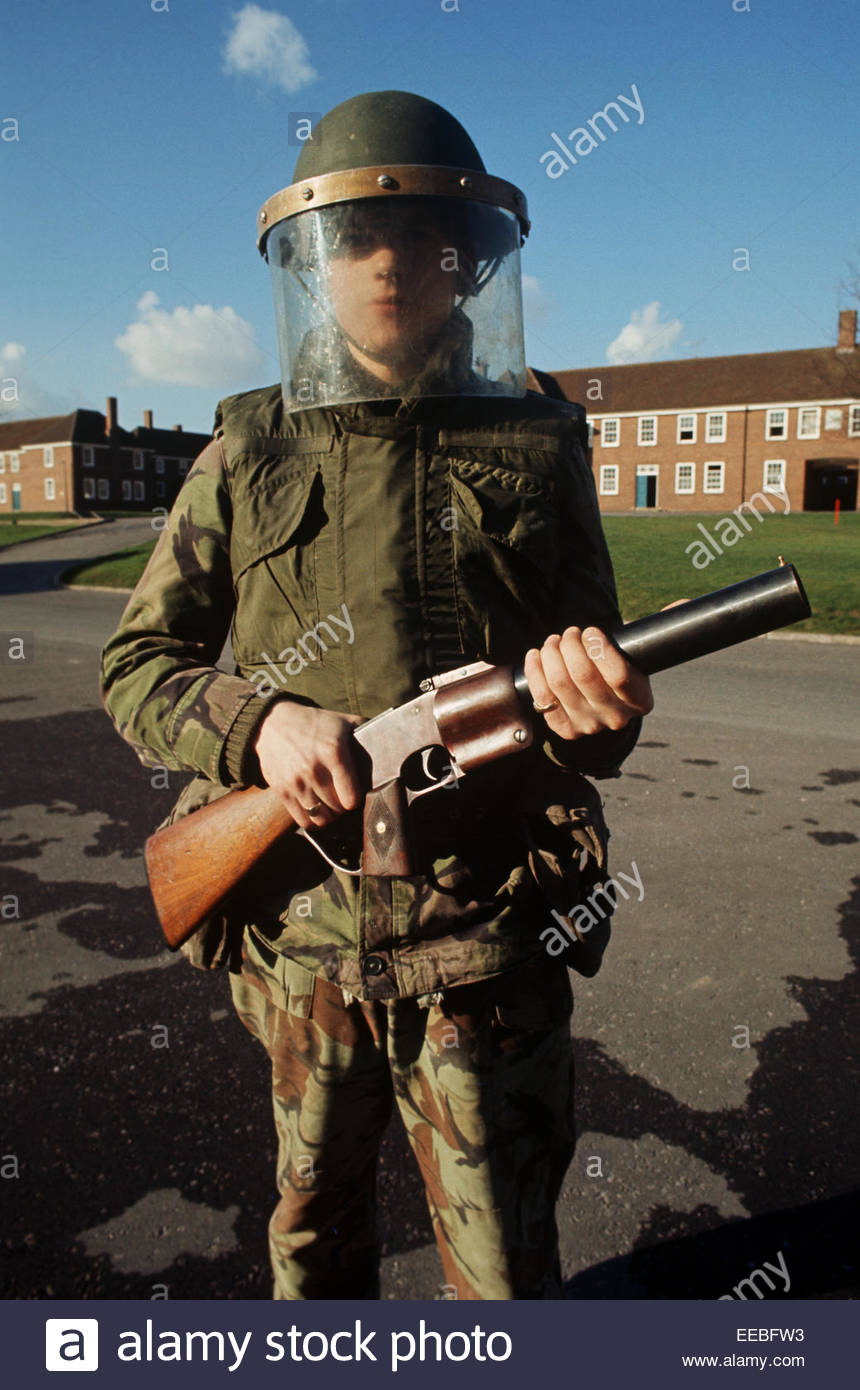 Emma Groves was permanently blinded in both eyes after being hit by a rubber bullet. The bullet came through her living room window after a soldier aimed at her and shot from eight yards away. She began the campaign to ban rubber bullets. https://en.wikipedia.org/wiki/Emma_Groves.

‘The quiet of that April evening was broken by the distinctive sound of the firing of a plastic-bullet gun and the life of this child of the Bogside ended as a plastic baton round, fired by a British soldier, found its mark in the skull of this small 11-year-old. His head was cracked open, causing massive brain damage. Such was the force and the speed of the deadly plastic bullet that it lifted the small body of Stephen McConomy several feet off the ground. He never regained consciousness.”“http://www.anphoblacht.com/contents/21789

‘On 16 April 1982, Stephen was among a group of youngsters aged between 9 and 12 hanging around a British army Saracen on Fahan Street. Some of the children were messing around throwing stones and trying to decorate the vehicle with a tricolour. While Stephen walked away with his hands in his pockets, the hatch of the vehicle opened and a single plastic bullet was aimed and fired at Stephen. It hit him in the back of the head; he died three days later in hospital.
Bystanders, who attempted to help Stephen, were threatened at gunpoint by the soldiers. Lance Corporal Nigel Robert Englefield of the Royal Anglian Regiment fired the shot that killed Stephen. No soldiers were ever prosecuted with his killing.’
http://www.belfasttelegraph.co.uk/news/northern-ireland/no-regrets-says-soldier-who-fired-rubber-bullet-that-killed-11yearold-boy-34662081.html

Palestine. The following link describes the smaller rubber bullets, fired in a swarm but still powerful enough to enter the skull cavity and to break bones. Comparable to heavy gauge buckshot.

‘The phrase “rubber bullets” is often used to describe what are more accurately termed “rubber-coated metal bullets”, heavy steel projectiles with a minimal coating of 1mm or 2mm of rubber, that are regularly used to lethal effect alongside — not instead of — live ammunition.

Rubber-coated metal bullets are fired from metal tubes placed on the end of high-velocity rifles such as the M-16s commonly used by Israeli troops. Tubes contain around 8 rubber-coated, cylindrical, steel projectiles, which are powered by blank rounds fired from the gun’s magazine.

Plastic-coated metal bullets (circular, with a 1mm or 2mm hard plastic coating) are fired in the same way, from canisters with a wider diameter, holding around 15.’
https://electronicintifada.net/content/misleading-terminology-rubber-bullets/4000

In this Lancet article doctors call for an outright ban in Palestine, dismissing the theory that rubber bullets are safe. They state that firing the bullets on civilians made it "impossible to avoid severe injuries to vulnerable body regions such as the head, neck and upper torso, leading to substantial mortality, morbidity and disability." http://news.bbc.co.uk/2/hi/health/2003999.stm

Ferguson, MO. 2015. Militarized police use rubber bullets during the unrest following the police killing of an unarmed youth. 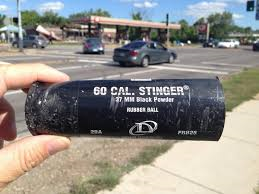 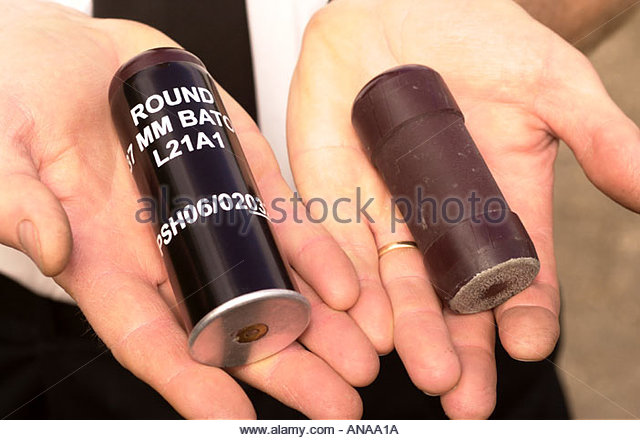 Cannonball, North Dakota. On October 27th 2016 rubber bullets are gratuitously used against peaceful environmentalists near Standing Rock, among them medics, minors, journalists, Native elders, and horses - one horse incurred injuries so severe it had to be euthanized. http://bsnorrell.blogspot.com/2016/10/they-shot-my-horse-police-attack.html 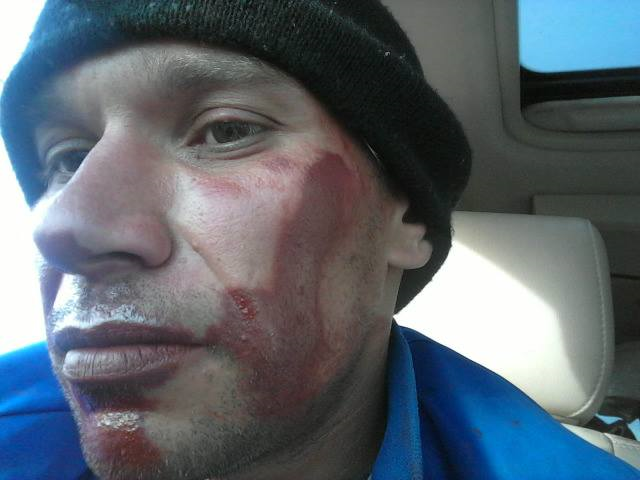 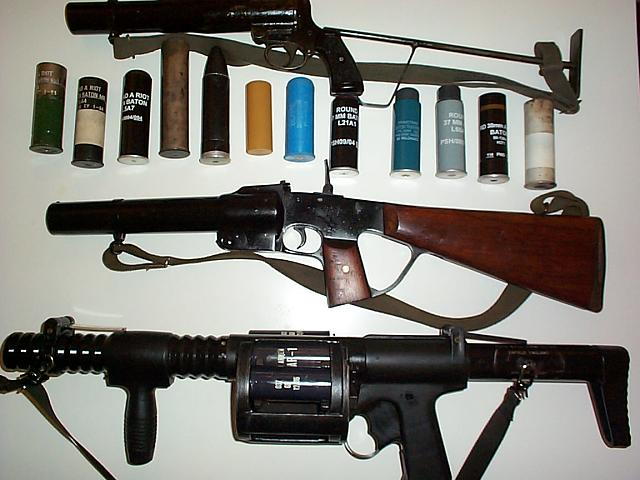 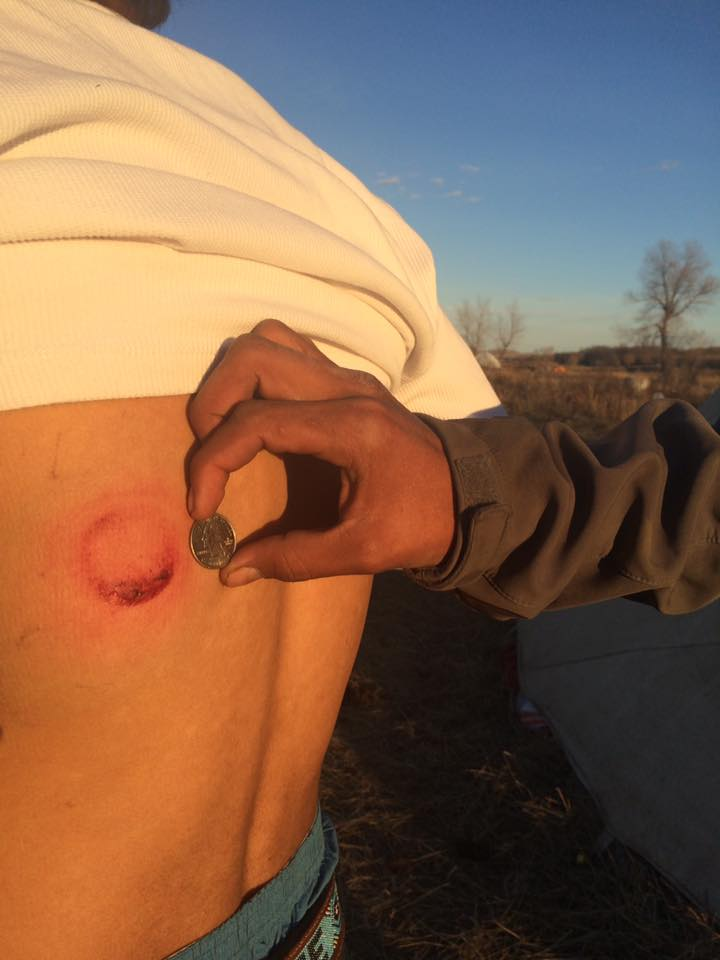 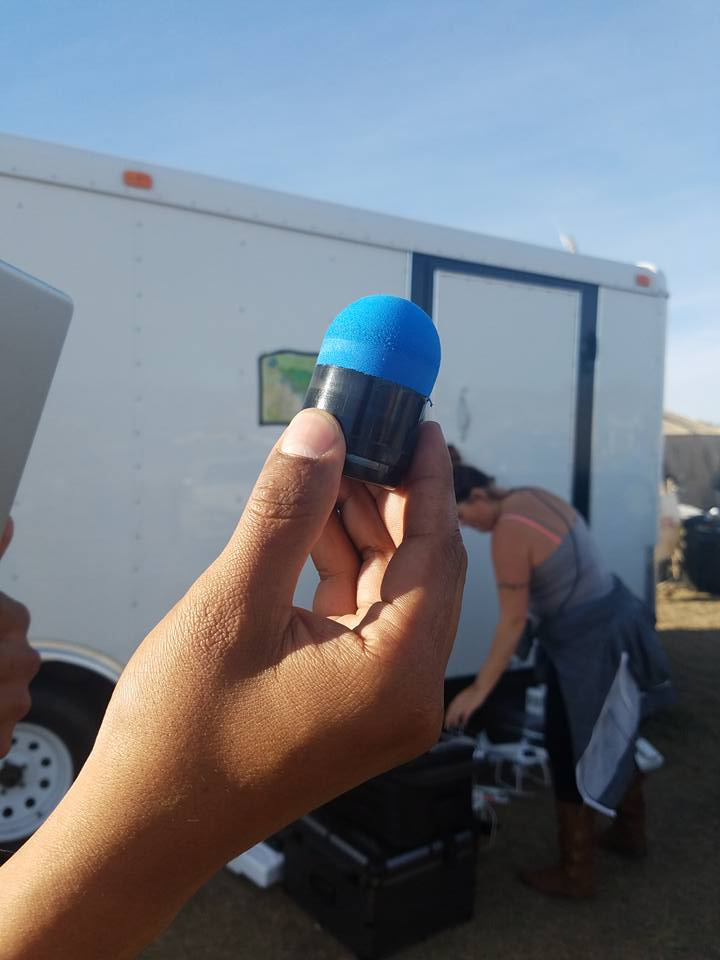 Above, 11/2/16, Sacred Stones Camp, near Cannonball, North Dakota. Militarized police fire indiscriminately into Water Protectors, hitting this sixteen year old boy, who coughed up more than a cup of blood after the impact. In a separate incident a rubber bullet struck a journalist, on camera conducting an interview, knocking her to the ground. http://fusion.net/story/365922/standing-rock-erin-schrode-shot-police-no-dapl/

So many killed by rubber coated metal bullets. Another eufemism. They are not made with rubber.