Dark forces intervened and prevented Navajo Veterans from chartering a plane to Standing Rock. They will travel by bus, and invite others to join the Water Protectors Caravan from the Navajo Nation. 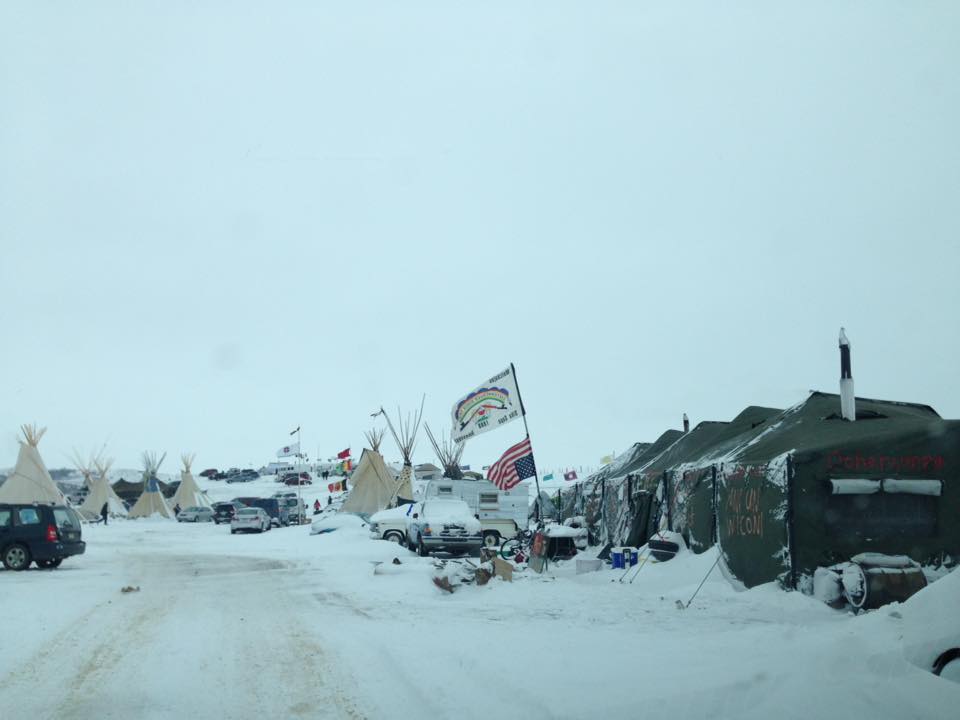 By Brenda Norrell
Photo by Sarah Sunshine Manning
Navajo Veterans were prevented from chartering a plane to Standing Rock on Friday. However, Navajo Veterans quickly created a new plan and will travel by bus in a water protectors caravan, Shiprock Chapter President Chili Yazzie said today, Dec. 2.
Navajo Veterans are joining more than 2,000 veterans to stand in front of Standing Rock water protectors who are being brutalized by militarized police. Navajo Veterans are inviting others to join their caravan, departing on Saturday morning.
Standing Rock water protectors have been attacked by vicious dogs of Dakota Access Pipeline security, and shot with rubber bullets, mace and concussion grenades by the Morton County Sheriff and militarized police. Police sprayed water protectors with fire hoses in freezing temperatures on the night of Nov. 20 and hundreds were injured.
One Lakota youth now risks losing her eye and a young woman from New York had her arm shattered by a police projectile, in the peaceful, prayerful movement to halt Dakota Access Pipeline.
Women and elderly have been strip-searched and jailed in "dog kennels" by Morton County Jail. The media in North Dakota are part of the ongoing abuse. Instead of reporting the truth, North Dakota media is publishing and broadcasting the lies of the Morton County Sheriff Kyle Kirchmeier and North Dakota Governor Jack Dalrymple, who are pushing the oil pipeline. Standing Rock water protectors have filed a lawsuit over police brutality.
Read more on how Navajo Veterans were prevented from chartering a plane to Standing Rock:
http://bsnorrell.blogspot.com/2016/12/navajo-veterans-prevented-from.html

What airline was it that jacked up the price? That is pitiful. Lucky it worked out even better but it infuriates me.