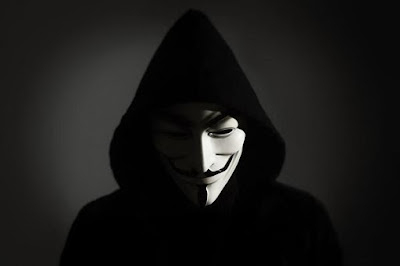 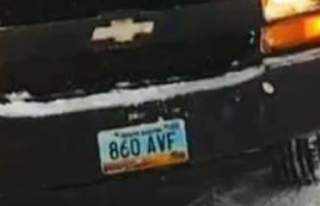 Hurray Anonymous!
Protect the people!
Those masked guys look mean and very threatening.
Who are they?
If they are police that's very bad to threaten the public when they are off duty.
WTH is going on in the world?
American citizens going about their business should not receive threats from police in power of being able to carry out the threats.

I PRAY SOMEBODY WILL GET INVOLVED ENOUGH TO STOP THE SUFFERING OF THESE PEOPLE . THEY HAVE ONLY SHOWED FORCE ON A DAILY BASIS AND HAVE BLOCKED A BRIDGE . SAYING IT MUST BE INSPECTED . THE REAL REASON IS THEY HOPE PEOPLE WILL FREEZE TO DEATH . ALL OVER AN PIPELINE THAT WON'T BENEFIT ANYBODY IN THE USA . IT WILL BE EXPORTED TO OTHER COUNTRIES FOR MONEY , BY A MAN WHO IS ALREADY A BILLIONAIRE . WHEN WILL THEIR GREED BE SATISFIED . THIS IS A DISGRACE TO AMERICA AND EVEN MORE TO MANKIND AND HUMANITY . IT MUST BE STOPPED . NOW IS THE TIME TO TAKE ACTION . ANONYMOUS PLEASE FEEL FREE TO TAKE JUSTICE INTO YOUR OWN HAND'S . AS WE ARE NOT RECEIVING IT BY THE MAIN PEOPLE WHO TOOK AN OATH TO PROTECT AND SERVE . DISGRACEFUL .

PLEASE HELP THESE PEOPLE WHO ARE UP AGAINST A ROAD BLOCK BARRICADED IN . CANNOT GET TO A EMERGENCY SERVICE DUE TO A BRIDGE CLOSURE STATING IT IS UNSAFE AND MUST BE INSPECTED . WHICH SHOULD HAVE ALREADY BEEN DONE . THEY WANT PEOPLE TO FREEZE TO DEATH . IT IS A TRICK AND GENOCIDE ALL OVER AGAIN . PROTECTING OIL THAT WILL BE SHIPPED OVERSEAS. ETP ARE BILLIONAIRE'S . WHEN WILL YOUR GREED BE SATISFIED . THE WORLD IS WATCHING IN DISGUST . OVER 400 TREATIES HAVE BEEN BROKEN . IT'S TIME TO STOP THE LIES AND MOST OF ALL CORPORATE GREED . YHE TIME IS NOW .

PLEASE HELP THESE PEOPLE WHO ARE UP AGAINST A ROAD BLOCK BARRICADED IN . CANNOT GET TO A EMERGENCY SERVICE DUE TO A BRIDGE CLOSURE STATING IT IS UNSAFE AND MUST BE INSPECTED . WHICH SHOULD HAVE ALREADY BEEN DONE . THEY WANT PEOPLE TO FREEZE TO DEATH . IT IS A TRICK AND GENOCIDE ALL OVER AGAIN . PROTECTING OIL THAT WILL BE SHIPPED OVERSEAS. ETP ARE BILLIONAIRE'S . WHEN WILL YOUR GREED BE SATISFIED . THE WORLD IS WATCHING IN DISGUST . OVER 400 TREATIES HAVE BEEN BROKEN . IT'S TIME TO STOP THE LIES AND MOST OF ALL CORPORATE GREED . YHE TIME IS NOW .

MAY YOU ACT QUICKLY

Good job Anonymous! Back it up with action. Thanks

makes it a crime for a person acting under color of any law to willfully deprive a person of a right or privilege protected by the Constitution or laws of the United States.

For the purpose of Section 242, acts under "color of law" include acts not only done by federal, state, or local officials within the their lawful authority, but also acts done beyond the bounds of that official's lawful authority, if the acts are done while the official is purporting to or pretending to act in the performance of his/her official duties. Persons acting under color of law within the meaning of this statute include police officers, prisons guards and other law enforcement officials, as well as judges, care providers in public health facilities, and others who are acting as public officials. It is not necessary that the crime be motivated by animus toward the race, color, religion, sex, handicap, familial status or national origin of the victim. The offense is punishable by a range of imprisonment up to a life term, or the death penalty, depending upon the circumstances of the crime, and the resulting injury, if any.

TITLE 18, U.S.C., SECTION 242
~
>> Whoever, under color of any law, statute, ordinance, regulation, or custom, willfully subjects any person in any State, Territory, Commonwealth, Possession, or District to the deprivation of any rights, privileges, or immunities secured or protected by the Constitution or laws of the United States, ... shall be fined under this title or imprisoned not more than one year, or both;

or an attempt to kill,
shall be fined under this title,
or imprisoned for any term of years
or for life,
or both,

~
or may be sentenced to

The world is waking up. Stay strong!

Thank you anonymous. You are doing the work the world needs. Can you work on calling out the great oompa loops?

Thank you Anonymous. Much love and respect for your work.

This Apache thanks you! The Natives on the front line can't defend themselves because media is waiting for them to break the peaceful protest! Real strength is turning the other cheek. Ahéhée

I think this is the same as selling drugs to catch buyers. And what they hoped is for Shiyé (the drone pilot) to use force against them so they could arrest him. They really want to take Shiyé out of the protest. The silent guy was the officer trying to capture it on video. The police are getting desperate.

It's a dirty job but I'm glad somebody with compassion for humanity is doing it. Thank you and God bless all.

Wow! You guys are serious about this. It's about time! Thank you, and GO GET THEM!!!

Let the sword be swift!

expose them all, all the way to the top.

I'm so happy for the ANONYMOUS PEOPLE SPEAKING THE TRUTH.. YES!!! Those police think they can do whatever they want.. all they do is hide behind there badge. There Predudice,& full of HATE. THEY MUST BE LIVING A DREADFUL LIFE... THEY MUST REMEMBER GOD IS IS LOOKING DOWN AT THEM..IF IT WAS ONE OF US WE WOULD BE IN PRISON!!! THAT SHOULD BE THE SAME FOR THEM!!! THEY ARE NO DIFFERENT...SO ANONYMOUS PEOPLE YOU ARE DOING EVERYTHING THAT IS RIGHT KEEP UP YOUR GOOD WORK. GOD BLESS YOU & THANK YOU��..

Good job this is a real. A real man stands up for his actions. Even if he knows he messed up. I did and did my time for it. Stand up.

It's time that the real aggressors come to face their consequences/karma. Did you really think this will all be accepted and forgotten Morton County? Everyone pays for their actions one way or another. Thank you anonymous

Wonderful work and many thanks for your information to the world on what has & is happening to us Native peoples. Appreciate you having our backs! GOD BLESS!

Morton County, you are a disgrace to all police officers. You have clearly gone past boundaries & abused your privilege as officials to protect & serve. All the water protectors want is to pray for the desecrated graves that have been disrespectfully plowed over, pray for the earth that is being disturbed for oil ($&greed=evil) perhaps pray for your "Re-connect" to the earth & pray for clean water for millions of people. To pray for you is huge, undeserving but huge. God says to pray even for our enemies & that is you. What are you getting out of this anyway? A few bucks to live eternity in hell.

Thank you anonymous! Get them and make them pay for their terrorist attacks on Natives. A'ho

One should not violate one's private, food and habitat are private.

The peace did protect, a warrior sacrifices. The amazing peace sacrifice.
A tremendous strength of will to meet violence with peace. Its not weak & realistically the police would of beaten on protectors anyway & tried bigger jail charges.

Anonymous may you act swiftly!
Actually, the Corrupt Sheriff of Morton County should Also turn in his badge, and turn himself in for the inhumane treatment, and the Violations of Human Rights he conducted within his Jail. Such as Conducting Complete Strip searches (which yes included making sure nothing was hidden within female body cavities) for minor misdemeanor charges. For placing people in Dog Cages..both Men & Women and held them in those for 3 days or more..also writing Numbers on their arms in permanent marker!
I was Still under the Impression the Morton County Sheriff's Department in North Dakota was part of the United States of America, NOT a Nazi War Camp back in Hitler ran Germany! Worst yet, Governor Dalrymple publicly stated he actually Condoned the actions of The Officers! Another man who should not only be Impeached, but thrown in prison! He gave Orders for these things to happen as well as Kelcy Warren the Billionaire who gave Orders to the DAPL people & to his "private Army" that he Paid made up of Officers from Other States and other Jurisdictions!

Really talk a big talk why. Not just release the information first. Think the county will repermand one of there own? Really? Got another inquiry what bout Nestlé out bidding a canadian town for a water supply? And the fact the there CEO thinks water is not a human right and must be sold!!!! Now aint that scary ideology!!!!!!?????? Or no?

Christopher Lemke, is one of the men involved. He's a sociopath and is dangerous. Any woman who has dated him can verify.

I posted the original video on Morton County Sheriff's FB page and asked them to not be bias when these men go in to file a report.... My post was deleted and now I have been banned from making anymore comments.

Bin sharing-and spreading the news from `Toronto Ontario, since August 1st, 2016,` all these corrupted people and their partners -&- their chiefs - their corrupted elites ruling - yup all of them will eventually come to an end - their stories and secrets will be known world-wide, it is what we do, and we will not Stop. Standing Strong In Solidarity & Helping Censored News Get out is fun, let alone worth the push. keep sharing Keep revealing their habits and deepest secrets. Toronto-Anonymous

This video is saved by many minds. You can't delete them all

Sweet.I have seen a lot of people hurt.
My truck sabotaged.
And when I came home to gather things... Found nasty notes left on my vehicle. Been followed. Enough is enough.
You may have weapons. I still believe in god and prayer

I don't know who you people are anonymous. But thank God someone's on top of this. I have been in contact with many of them out there. Water and oil two things that don't mix.

From what I understand from the people I am in contact with. Freezing to death is a very real possibility.

They should feel desperate. Foolish

Correct. The world is waking up to this travesty. I can't tell you how many people here in New England are watching this. Not too much CNN coverage I notice. LOL. Too busy with resident DJ to be

Anonymous,. No one deserves your help more than my brothers and sisters in N. Dakota, THANK YOU. I gave no idea who you are and I don't have a lot of money but I'd love to do something for you! Do you need somewhere to eat Christmas dinner!? Contact me, there's room at our table! 💘, kim

Please, please,please continue to assist them, any way you are able to. GOD BLESS YOU, kim

Anonymous expose them all, would they give the chance to do the right thing. That's like a punch to the gut, yes hurts but can still fight. Take them out at the knees. Can't stand they can't fight.