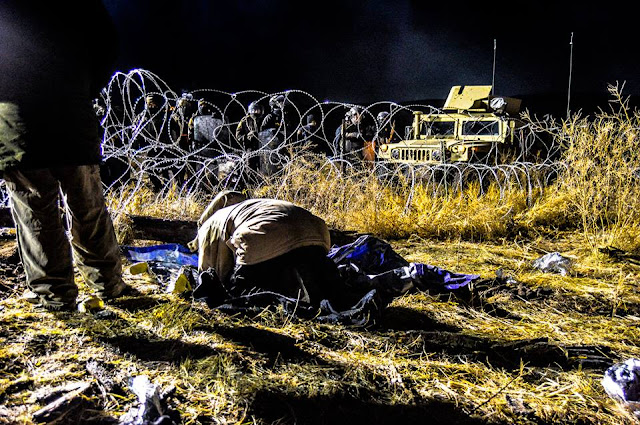 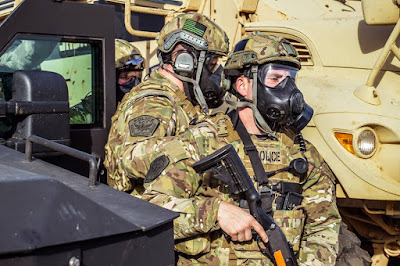 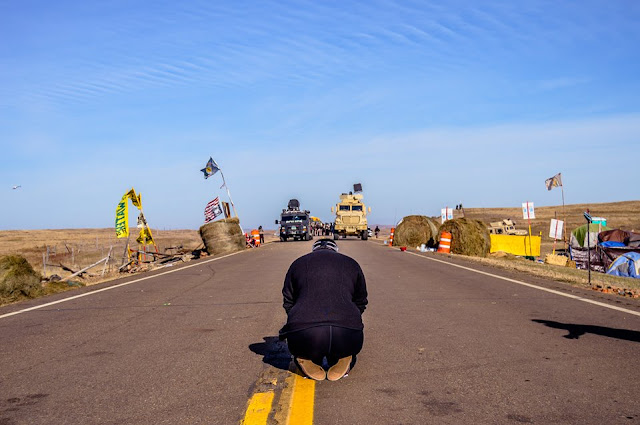 A secret recording of a meeting which appears to be Energy Transfer Partners, reveals the Chief Operating Officer attempting to assure investors that Dakota Access Pipeline will be completed, but not on time. While blaming the Obama administration for delays, the speaker says this will change when Donald Trump takes office.
Although the authenticity of the secret recording can not be verified, and similar statements can be found in other places, the recording reveals that the delays are costing DAPL money and resulting in worried investors over the loss of profits.
The speaker says the pipeline is stalled, but when Donald Trump takes office as President, he is expected to issue the permit.
While stating that the pipeline drilling is not completed on federal land, and under Lake Oahe, the speaker says the project is expected to be finished in the spring.
The speaker says DAPL gained a monopoly on the pipeline because of its shipping contracts. The Dakota crude oil is bound for overseas markets, and not domestic use.
Shaun King said on Tuesday that he received this audio from a person who claimed to be in a corporate meeting about Energy Transfer Partners, the company in charge of building the Dakota Access Pipeline.“It appears to be authentic," King said.
“I am told the person speaking here is Matthew Ramsey, the COO (Chief Operating Officer) of Energy Transfer Partners, and that the recording was made earlier today," King said on Tuesday, Dec. 13, 2016.King said pay attention to what happens at 6:30 into the audio.Election night changed everything," says the voice on the audio. "We're going through a transition where we will have a new President of the United States. And he gets it. We fully expect as soon as he is inaugurated his team is going to move to get the final approvals done and DAPL will cross the lake."
In Standing Rock in North Dakota, Native Americans and their supporters have been shot by rubber bullets, maced and pepper sprayed, blasted with water cannons in freezing temperatures, and attacked by vicious dogs of Dakota Access Pipeline security.
One young Native woman now risks losing her eye after being struck with a police projectile. Doctors are trying to save the arm of a young woman from New York struck with a concussion grenade during the peaceful blockade.
North Dakota Governor Jack Dalrymple and Morton County Sheriff Kyle Kirchmeier have criminalized law enforcement and continue to recklessly endanger lives.
Over 550 water protectors have been arrested. A class action lawsuit has been filed against police for excessive force.
Many water protectors have been bloodied by rubber bullets and strip-searched and jailed in inhumane "dog kennels" by Morton County, with numbers written on their arms as was done by Nazis.
Native American elders were dragged from ceremonies and not provided sufficient food, water, and medicine in jail after being strip-searched.
Currently, hundreds of water protectors in Standing Rock Camps are bracing against blizzards and temperatures which will drop to minus 25 degrees this weekend.
Lives are placed at additional risk now because Morton County refuses to remove a concrete barricade on Highway 1806 which prevents ambulances and emergency vehicles from entering the Standing Rock Water Protector Camps.
The Missouri River is the water source of millions.
Listen below:
at December 15, 2016

Open up a warm place during the bitter cold -25 below !
Hot food and drinks.

This is an arctic blast of EXTREME WEATHER,
Life threatening wind chill to 50 degrees below zero fahrenheit !

This is an Extreme winter storm.
As the effects of deforestation and climate change are occuring in real time, think of how the bitter cold slows or completely STOPS the reaction time to a pipeline break in North Dakota.
Workers cannot even work outside at such low temperatures.

So, this is not about water. How about the burial grounds, how about the pipeline breaks, not about those either? For money you will say anything? The land, water and responsibility of harm is not yours either - right? Shame on you for being a part of this - unNEEDED - activity!

Greed at any cost drives these oil men. Life does not matter to them!