CANNON BALL, N.D. -- In Standing Rock camp, Mekasi Camp Horinek, Ponca, speaks to the water protectors about how the water defense of the Missouri River began, when Dakota Access Pipeline construction began.
The people decided to sacrifice for the water.
"We decided some of us would sacrifice, and be arrested that day." "We are not going to allow them to oppress us anymore. We have children."
"Prayer and sacrifice."
Mekasi said, "Elders would tell me, 'I want to get arrested today.' He said he has never seen elected leaders want to get arrested with the people, like Standing Rock Chairman Dave Archambault and Councilman Dana Yellow Fat did.
He said there were no pipe bombs or weapons like police have claimed. The elders kept them centered in prayer and ceremony.
"This isn't just a Native issue, it is a human rights issue."
"This is no longer a camp. It is a village."
"We don't need weapons, we don't need pipe bombs."
The American Indian Movement had a lot to do with the spiritual awakening of the people, he said.
His uncle, Carter Camp, Ponca, was a cofounder of the American Indian Movement.
The Seven Council Fires are back together.
The Sacred Lodge is back up.
The traditional governing system is back in place.
"I don't want anyone to get hurt, but we have to stand our ground."
"Strong hearts to the front."

Amazing to listen to Mekasi...its like hearing his Uncle Carter. Tried to listen a second time, bur cant get the soundcloud to work again and the link doesnt work either,

I am humbled by the efforts of The Camp family, who continue to exercise their sovereign rights for the Ponca and other Indigenous people of the Americas. Their diligence and perseverance, Is a reminder of the struggles and sacrifices, of a strong and proud man who will be forever remembered for his efforts on human rights, May the world never forget the sacrifices of a Ponca Warrior known and called Carter Camp ! 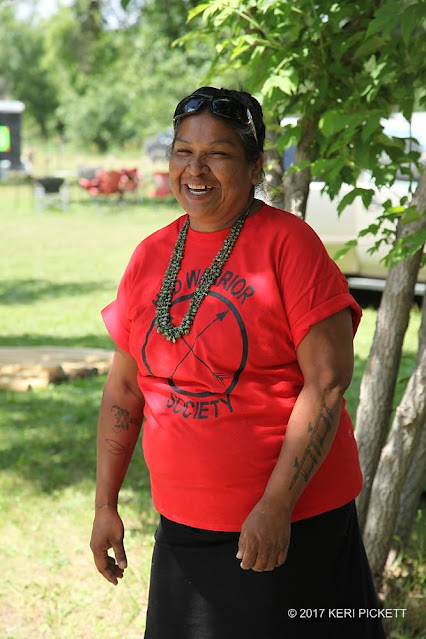