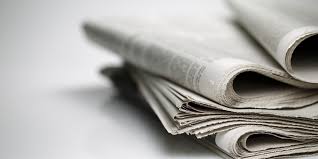 Indian Country Today's reporter/editor has plagiarized her entire article on the Dakota Access Pipeline protest.
If reporters are getting a paycheck to cover an action, then they should be present. I've never seen this reporter present on a news story in the past 34 years, even though she claimed to be covering the Southwest for many years.
Armchair reporters are just like all other profiteers -- they do it for the money and they deceive people to do it.
The owners of Indian Country Today, the Oneida Nation in New York, are wealthy. The reporters and editors don't need to stay home and plagiarize. These stay-at-home plagiarizers receive salaries for stealing the hard work of others, including the writers and photographers who are spending their last dime to be out at Cannon Ball, North Dakota at the pipeline blockade. Those present are sacrificing their all, even arrest, to be present.
If Indian Country Today is using your photos without permission, send them a bill. If they are plagiarizing you -- copying and pasting your work without permission -- let the world know. The reporters and editors are getting a paycheck for it.
The paid reporters who are copying and pasting from Facebook, and smashing it together with plagiarism from hard working reporters, are not involved in journalism. They are opportunists making money.
If we fight injustice, then we must fight all injustice -- including the frauds in the media.
The Zapatistas say, "Enough is enough."