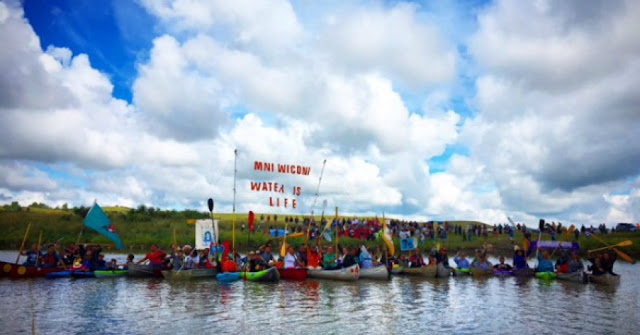 Recorded live by Govinda at 87.9 FM in camp.
Photo: Resistance canoes on the Missouri River on Saturday
Posted by Censored News, publisher Brenda Norrell at August 24, 2016