As support pours in from Indian Nations throughout North America, two cities -- Seattle and Saint Paul, Minn. -- have passed resolutions of support for the Standing Rock Sioux Nation and its mammoth struggle to halt the Dakota Access Pipeline threatening its water source, the Missouri River.

Seattle Mayor Edward Murray said the City of Seattle is located within the treaty territory of several tribes. The city understands "the importance of outside jurisdictions respecting tribal cultural and natural resources."

Mayor Murray describes how the City of Seattle stood with its neighbors to the north, the Lummi, and came together with Indian Nations and others, to halt the Cherry Point coal port. Finally, the U.S. Corps of Engineers rejected the plan.

Pointing out the unfortunate and inaccurate name of the Dakota Access Pipeline, Mayor Murray hopes the same rejection will occu for the Standing Rock Sioux Nation, and its sacred places and water will be protected for future generations.

In its resolution, the City Council of Saint Paul recognizes the struggle and appreciates the efforts of Chairman Dave Archambault and the response of the world. Further, the Saint Paul Council states there are many residents in Saint Paul from the Sioux Nations. Saint Paul shares its own efforts to honor sacred places within the city. 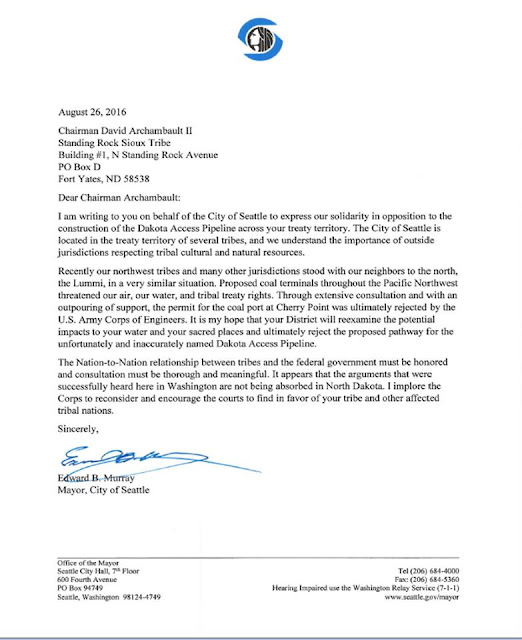 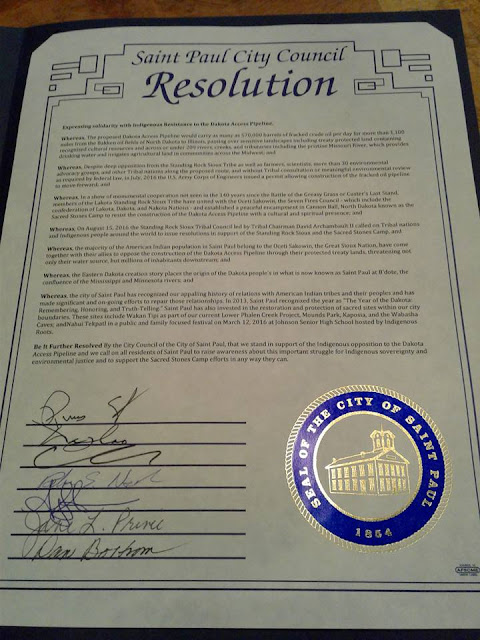 unfortunately i can't read the letters that have been presented to the gov't. however the sioux are a sovereign nation. so to put the army corp of engineers there is and should be considered an act of war and and an invasion of their country. they have every right to ask the UN for help in protecting their rights as a small country being invaded. the UN HAS WARNED THE STATES BEFORE OF HOW THEY TREAT INDIGENOUS PEOPLE AND THE STATES DID NOTHING. i have prayed for a very long time for the joining of the tribes. i just hate it took this to accomplish that. our entire race of natives including those with not enough quantum to be accepted into the tribes of who they came from. we may not be pure bloods , but our hearts are and the blood in us still calls to us to be the warriors and want to protect the rez's. 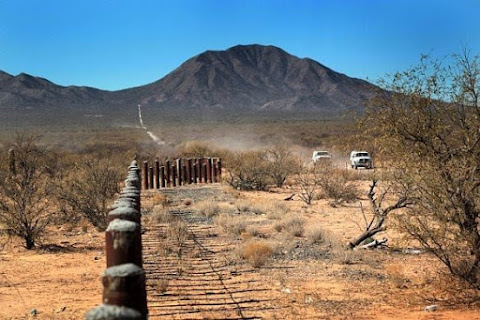