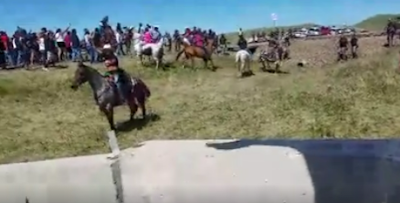 I stand in prayer with you. Please encourage your youth. I am impressed with their take a positive approach to help resolve this problem. Creator hear their prayer and heal their land. Please give Your wisdom to the government officials not to proceed with the pipeline. Strengthen those who are taking a stand to be good stewards of the Land. May other rise up to support them.

Wow!How many leaders do we ever hear speak up and say something so good, so genuine, and in tune with what the heart of people long for: to live a beautiful, peaceful, well balanced life.
Dave Archambault II should be honored for his vision, desire, and taking action to share his traditions, and to protect all people and mother earth!