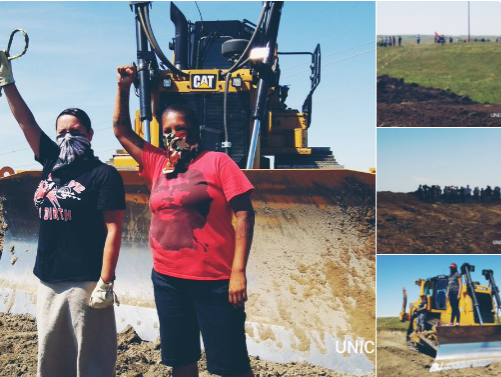 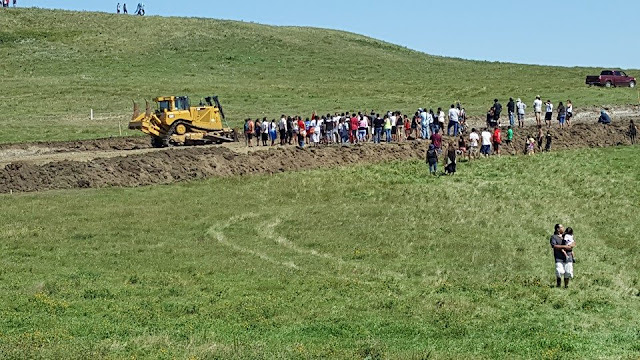 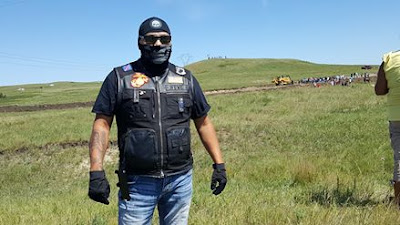 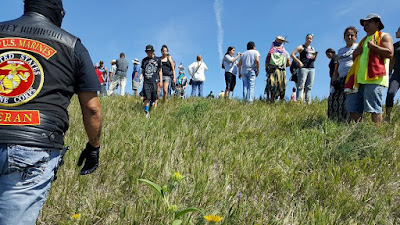 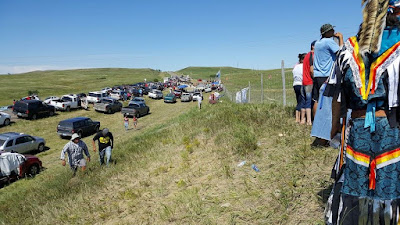 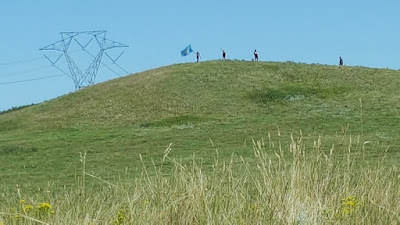 From the resistance, Monday, Aug. 15, 2016: "Natives broke through and flanked workers and gained ground quick, took the hill where private security sits. Workers fled as natives surrounded machinery and work site. Native female warriors made it all the way to the lake and escaped apprehension from troopers and sheriff's as more natives crossed cut fence area and occupied the work site. Victory in numbers. Great job to all."

Fort Peck Sioux Tribe is with you...