Most Censored in Indian Country: The Corporate Polluters

NEW TOWN, North Dakota -- The 16th Annual Protecting Mother Earth Gathering revealed the most censored issues in Indian country, including the corporate polluters who are protected and promoted, under the guise of economic development. From Peabody Coal in Arizona, to BP on the Gulf Coast, and tar sands profiteers in Alberta, Canada, corporations destroy the land, air and water.

The Gathering of the Indigenous Environmental Network attracted Native Americans from throughout the United States, First Nations in Canada, Wixirika from Mexico and Maya from Guatemala, July 28-31.

Chief Arvol Looking Horse, Cheyenne River Lakota, delivered a powerful address to Gathering of the Indigenous Environmental Network, as it opened its four day conference on the land of the Mandan, Hidatsa and Arikara Nations, now being destroyed by massive oil and gas wells.

Chief Looking Horse is the 19th Generation Keeper of the Sacred White Buffalo Calf Pipe Bundle of the Lakota Dakota Nakota Oyate. Chief Looking Horse spoke of his own early days and the guidance he was given for spiritual leaders. Although it is now a time of ceremonies for the Lakota Dakota Nakota Oyate, he said he came here to speak because of the importance.

“When I was young, we had no cancer or diabetes, and people kept their word. When they said they were going to do something, they kept their word. Today, the leadership is not good. People are speaking out of hurt and pain.”

Chief Looking Horse spoke of the pain and suffering of the people and of Mother Earth. While speaking of this difficult time, he shared his vision that the people, with the help of the Canupa, Sacred Pipe, and a return to a spiritual way of life, will make it through.

Kandi Mossett, Mandan, Hidatsa and Arikara, urged those attending to call the Fort Berthold BIA and oppose the finding of 'no significant impact' on the plan for 3,000 oil and gas wells here over the next five years. Mossett described the death of a 23-year-old friend killed due to the heavy truck traffic. She urged calling Earl Silk, Fort Berthold BIA, 701-627-4707, tell him the lands of the Three Affiliated Tribes, Mandan, Hidatsa and Arikara, are already being destroyed by oil and gas drilling.

"I want my warriors back. I want our men back," said Wahleah Johns, Navajo, of the Black Mesa Water Coalition, as she described how Peabody Coal has drained the aquifers for coal mining and power plants in Arizona, and how the Navajo elected leaders cater to the corporations.

Further, coal fired power plants, including the Navajo Nation's coal fired power plants in Arizona and New Mexico, are a leading cause of global warming and climate change, now causing the ice in the Arctic to melt, with Alaskan villages crashing into the ocean and polar bears, walruses and other wildlife dying.

The devastation to both the environment and the local economies was described in the US and Canada, from New Town, North Dakota, to Alberta, Canada, as transit workers' high wages make food and housing unaffordable to local families.

The resistance to the dirty tar sands announced plans for civil disobedience in Washington to send a message to the Obama Administration to halt a plan for use of the dirtiest oil on the planet, which threatens natural resources and humanity in North America, including Indian country.

Muller said if this pipeline is allowed to proceed from Canada to the Gulf Coast, it would cross sacred lands and endanger Indian country resources, including the Lakota aquifer.

“It is an absolutely insane plan, especially in a time of climate change,” Muller said, adding that already Gulf Coast industries are getting ready for this dirty oil.

Shell and BP are among the corporate polluters pressing for more dirty oil. (Read more at: http://bsnorrell.blogspot.com/2011/08/indigenous-peoples-civil-disobedience.html )

Native Americans in Alaska and Louisiana have both suffered from the nation's largest oil spills, which have devastated Native communities who depend on subsistence from the land and oceans to survive.

Faith Gemmill of REDOIL (Resisting Environmental Destruction on Indigenous Lands) said oil spills and climate change should serve as a wakeup call in North America -- but this has not happened.

Gemmill spoke of the similarities between the devastating oil spills in Alaska and Louisiana. She pointed out that climate change further wrecks Native villages on both coasts, where land is caving into the ocean.

"We all have the same story."

Houma Nation Chief Brenda Dardar Robichaux  was among the presenters at the Protecting Mother Earth Gathering in North Dakota, July 28-31, 2011. The Houma were hard hit by both Hurricane Katrina and the BP oil spill.

Gemmill said when the oil spill devastated the Louisiana Gulf Coast, she was a member of a delegation from Alaska that traveled to Louisiana. They shared with the Houma, their own struggle in Alaska to recover from the Exxon Valdez oil spill.

Gemmill said she described to the Houma the years of litigation and the years of impacts for Alaska Natives, years of heartbreak that Louisiana Natives would now have to face.

"Years later we haven't recovered. The species haven’t recovered. There were a lot of similarities," Gemmill said. (Read more at: http://bsnorrell.blogspot.com/2011/08/natives-in-alaska-and-louisiana.html )

Indian country leaders are now being courted with "greenwashing," as corporations attempt to profiteer from the Green Movement which seeks to halt global warming and create alternative energy sources. The scam of carbon credits, and waste incinerators disguised as renewable energy and recycling projects, are the latest corporate hoaxes.

On the Oneida Nation in Wisconsin, the Oneida Seven Generations Corporation is promoting a project using pyrolysis technology. The pyrolysis incinerator is proposed in Green Bay, after their initial plan for a site on Oneida Indian Nation land was dropped.

"Not only does the Oneida Seven Generations Corp. want to have a facility in Green Bay, but it is also promoting this to other tribes, a potential disaster," Angel told Indigenous Peoples gathered from throughout the Americas.

Greenaction evaluated the project and advised the Oneidas to halt the Oneida Seven Generations Corporation Proposal in Wisconsin for a pyrolysis gasification facility. (Read more at: http://bsnorrell.blogspot.com/2011/08/greenwashing-corporations-target-indian.html )

The Gathering began when Western Shoshone Chet Stevens brought the fire from the 15th Annual Gathering. Scott Baker, Hidatsa, accepted the Fire and lit the Sacred Fire for the 16th IEN Protecting Mother Earth Gathering. Keeper of the Calendar Mayan Tata Cecilio Tuyuc Sucuc from Guatemala was among those gathered for prayer. (Read more at: http://bsnorrell.blogspot.com/2011/07/listen-live-today-ien-protecting-mother.html )

The four day Gathering was broadcast live and on the web in New Town, North Dakota, and rebroadcast on Crow Voices Radio at Wellknown Buffalo, Montana this week.

Listen to the Gathering on Censored News Blogtalk Radio:
Wixirika (Huicholes) fighting the First Majestic Silver Mine in Vancouver BC, demanding a halt to the destruction of their sacred mountains.
Chief Arvol Looking Horse, 19th Generation Keeper of the Sacred White Buffalo Calf Pipe Bundle of the Lakota Dakota Nakota Oyate, describe the age in which we live and the teachings handed down.
Anishinabe Water Walker Josephine Mandamin describe her sacred walks around the Great Lakes and the preciousness of water.
Censored News Blogtalk Radio
http://www.blogtalkradio.com/brenda-norrell
More info at the Indigenous Environmental Network:
http://www.ienearth.org 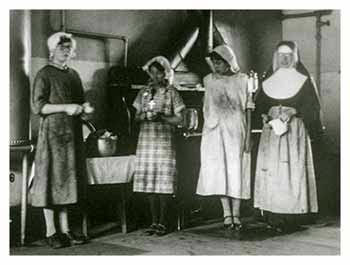