Protestors outside the White House are being arrested for their civil disobedience. They are protesting the Keystone XL Tar Sands Oil Pipeline. President Obama will decide later this year on the permit for the massive pipeline that could send 900,000 barrels a day of the world’s dirtiest oil from Canada to refineries in the U.S. The pipeline would pass through Montana, South Dakota, Nebraska, Kansas, Oklahoma and Texas. Protestors say the pipeline will threaten fresh drinking water. Will the President sign the permit? Guests include environmental activist Clayton Thomas-Muller (Cree).

Also: In Canada on Sept. 26: Plans underway for mass arrests at Parliament:
Environmental activists are planning to get arrested during a show of civil disobedience on Parliament Hill on Sept. 26 — but don’t know yet how they can remain peaceful and still get incarcerated.
http://www.metronews.ca/ottawa/local/article/955661--activists-seek-key-to-get-cuffed 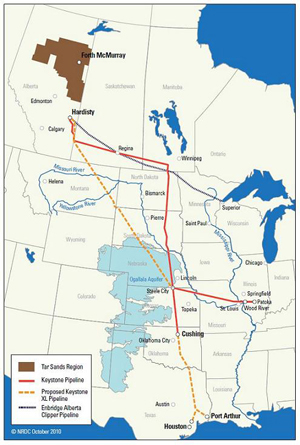 Here's a second map, the one that has been removed from the TransCanada website. (Recovered by using the cache version online and a screen shot by Censored News.) 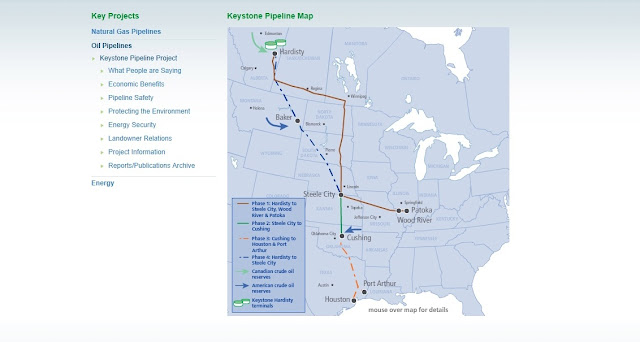 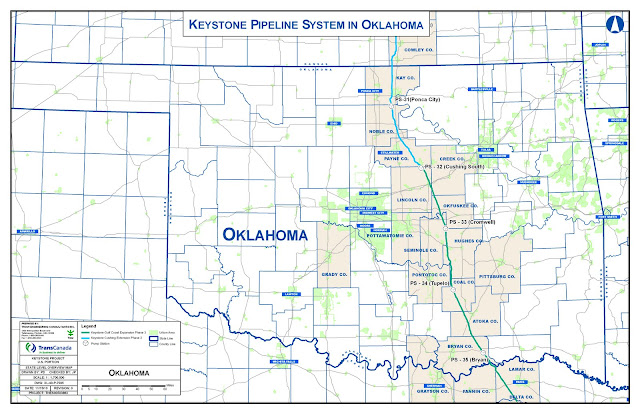