Indigenous People and Supporters to Protest at US Forest Service Office in Vallejo, to Demand an End to Desecration of Sacred San Francisco Peaks in Northern Arizona 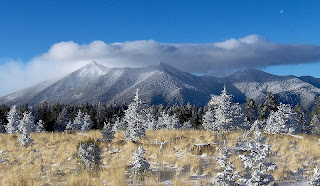 Thursday, August 25, 2011 2:30 pm
Pacific Southwest Regional US Forest Service Office, 1323 Club Drive, Mare Island, Vallejo CA
Contact: Wounded Knee Deocampo/Sacred Site Protection & Rights of Indigenous Tribes 707-373-7195
Morning Star Gali/510-842-6719
Bradley Angel – Greenaction for Health and Environmental Justice 415-284-5600 & 415-722-5270 (Cell)
VALLEJO, Calif. – Veterans of the successful struggle that protected the Native American sacred site at Glen Cove (Sogorea Te) in Vallejo will hold a protest at the US Forest Service’s Southwest Regional office in Vallejo on Thursday, August 25, 2011 beginning at 2:30 pm to demand an immediate halt to the desecration of the holy San Francisco Peaks, located in Northern Arizona.  While the protest takes place in Vallejo, simultaneous actions will be taking place at US Forest Service offices across the country, including Albuquerque, New Mexico, Portland, Oregon, Missoula, Montana and Golden, Colorado.
Since May 25, 2011, the owners of Arizona Snowbowl who lease part of the Peaks from the U.S. Forest Service have started laying a 14.8 mile wastewater pipeline and have clearcut over 40 acres of rare alpine forest on the San Francisco Peaks. The ski business expansion includes a controversial plan to use treated sewage water for making snow.
In 2005, the Southwestern Regional Forest Service permitted the development despite widespread Tribal and public opposition.  Indigenous activists and supporters have stopped work on the development several times in the last few months, and despite harassment and arrests, continue to defend the mountain.
The Peaks are Holy to more than 13 Indigenous Nations. They are a place of worship, a place where deities reside, a place where offerings are made, where herbs are gathered, where emergence has occurred, and a location where other sacred religious practices take place.
"How can the Obama administration's US Department of Agriculture engage in a process to fix sacred sites protection policies while the San Francisco Peaks, holy to 13 Indigenous Nations, are currently being desecrated by the same agency?" states Anna Rondon, Dine (Navajo) of Gallup, New Mexico. "We call for an immediate halt to the desecration of the Holy Peaks."
Wounded Knee Deocampo, a Vallejo resident and Indigenous leader of the effort to protect Glen Cove says: “Many sacred sites across this country are being desecrated, it is time that it comes to a halt.”  Protesters will deliver a letter to the Forest Service demanding they immediately stop work on the Snowbowl project, and respect sacred sites not destroy them.
Vallejo demonstrators will deliver a letter to Randy Moore, Pacific Southwest Regional Forester.  They will ask him to contact the Forest Service’s national office and the US Department of Agriculture urging them to stop the desecration of this sacred mountain, and revoke the permit issued to Arizona Snowbowl immediately.
For more info and updates about the Peaks:  http://www.truesnow.org
at August 24, 2011