The head of ATF and the US Attorney for Arizona are suddenly leaving their jobs as Project Gunrunner continues to explode. Meanwhile, Arizona police files hacked by Lulzsec, along with the new releases of US diplomatic cables from Mexico by Wikileaks, are posing more disturbing questions about Project Gunrunner.

On the Arizona border, residents long knew that the only way that drug cartels in Mexico would have a steady supply of AK-47s and other assault weapons, was for the United States to supply those.

Project Gunrunner, and then “Fast and Furious,” were supposedly ATF sting operations to track weapons used by drug cartels in Mexico. Thousands of weapons were purchased by "straw" buyers in the US, then allowed to "walk" across the border into Mexico, walk into the hands of drug cartels.

Although it has been assumed that the drug cartels posed the greatest threat with the high-powered US weapons flowing into Mexico, a US diplomatic cable states otherwise.

In a disturbing revelation in a US diplomatic cable from the US Consulate in Monterrey, the US discusses Project Gunrunner with Coahuila officials in 2009. The US and Coahuila officials agree that the weapons of greatest interest are held by the Mexican military and the federal PGR. The PGR is Mexico's Attorney General Office, an institution belonging to the Federal executive branch that is responsible for the investigation and prosecution of federal crimes. ( US (

"Our Coahuila interlocutors raised several specific issues on which they sought USG cooperation and assistance. First, they requested greater action to stem the flow of arms from the U.S. into Coahuila. In response, ATF briefed on its ongoing programs and initiatives, including Project GunRunner and E-trace. The state offered to make available for inspection the seized weapons that it held in its inventory, although both sides recognized that the arms of most interest to ATF would be held by either the military or federal PGR," states the cable dated June 26, 2009.
Arizona police files, hacked by Lulzsec in June, expose facts about Project Gunrunner and raise new questions.
An e-mail from a Flagstaff police officer about Project Gunrunner is dated March 17, 2008 – three and one-half years ago -- long before Arizona officials admit knowledge of the operation.

The e-mail had a booklet attached, “ATF Southwest Border Strategy Project Gunrunner Weapons of Choice," with the date stated as revised in Feb. 2008. The e-mail and booklet were sent to a long list of army and navy personnel, as well as to the Department of Homeland Security. It is unknown at this time, the role played the US Army, Navy and Homeland Security in Project Gunrunner in Mexico in 2008, or when the operation really began in Arizona.

The booklet not only was being circulated here in Arizona in early 2008, but it is called the revised version, so it had already been around for a while.

Newly released US diplomatic cables by Wikileaks expose another disturbing fact. The diplomatic cables state that the United States’ e-trace program for seized weapons was extremely ineffective in Mexico because of the inability of the US to recover weapons involved in crimes in Mexico.

In fact, the e-trace program was too ineffective in recent years for any US agency to rely on it to trace weapons in Mexico, therefore rendering Project Gunrunner worthless for tracking crimes and criminals.

The Wikileaks cables refer to the fact that Mexico’s law enforcement and military are riddled with corruption, complicating the search and seizure of weapons. Further, the United States’ e-trace program was riddled with technical search problems for Mexico's numerous agencies that did not trust one another, according to the US diplomatic cables from the Ambassador in Mexico.

The Wikileaks cables refer only to a few weapons that the US was able to track. These records reveal that weapons from the US sales to militaries of Mexico and El Salvador were used to commit crimes in Mexico.

Although it is not widely known, Project Gunrunner began as a pilot project in Laredo, Texas, in 2005 and was expanded as a national initiative in 2006, as stated in Wikipedia. The Texas border, and the region south of Texas in Mexico, is where the largest number of violent deaths have occurred, with mass graves, and the repeated executions of local mayors.

Today, CBS News reported that Bureau of Alcohol, Tobacco, Firearms and Explosives Acting Director Kenneth Melson is being moved out of the top job at the bureau. The U.S. Attorney for Arizona Dennis Burke has submitted his resignation to President Obama, effective immediately. http://www.cbsnews.com/8301-31727_162-20099228-10391695.html

Project Gunrunner weapons, according to the Justice Dept., have been tied to at least 12 violent crimes in the United States, and an unknown number of violent crimes in Mexico. Two federal agents were killed with those weapons, Border Patrol agent Brian Terry near Nogales, Ariz., and ICE agent Jaime Zapata, in northern Mexico. 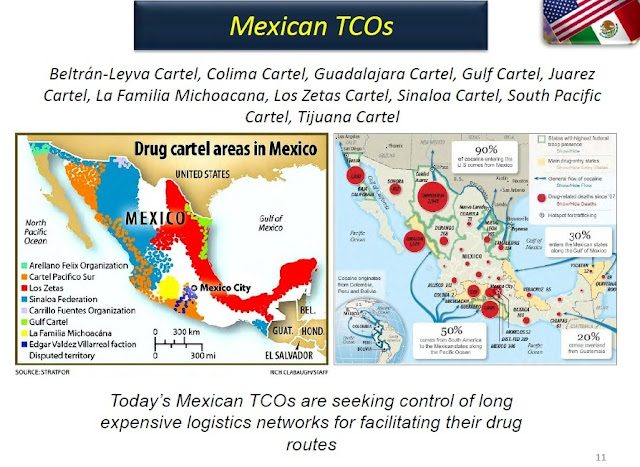