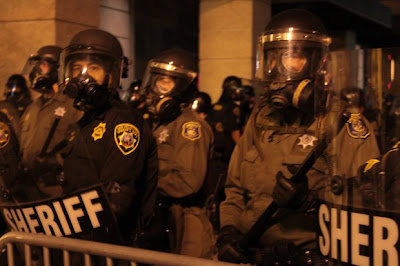 Moments before Olsen was shot with a projectile, officers in green uniforms appeared, as shown below. 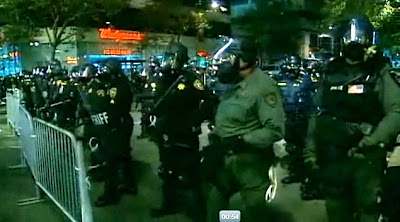 Now: Fifty Water Protectors remain on the easement, protecting Treaty Rights at the Headwaters of the Mississippi in Northern Minnesota. Sto...