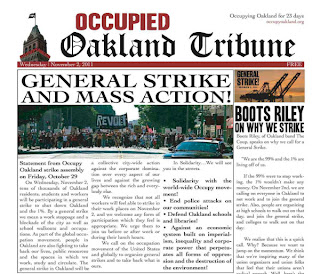 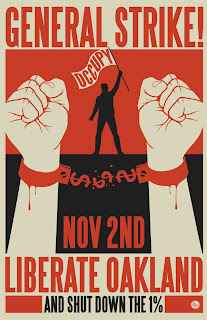 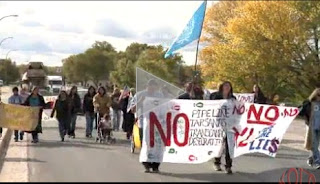 Oakland Police: 'We are the 99 percent,' confused by mayor

1 November 2011 – Oakland, Ca.
http://www.opoa.org/uncategorized/an-open-letter-to-the-citizens-of-oakland-from-the-oakland-police-officers’-association/
We represent the 645 police officers who work hard every day to protect the citizens of Oakland. We, too, are the 99% fighting for better working conditions, fair treatment and the ability to provide a living for our children and families. We are severely understaffed with many City beats remaining unprotected by police during the day and evening hours.
As your police officers, we are confused.
On Tuesday, October 25th, we were ordered by Mayor Quan to clear out the encampments at Frank Ogawa Plaza and to keep protesters out of the Plaza. We performed the job that the Mayor’s Administration asked us to do, being fully aware that past protests in Oakland have resulted in rioting, violence and destruction of property.
Then, on Wednesday, October 26th, the Mayor allowed protesters back in – to camp out at the very place they were evacuated from the day before.
To add to the confusion, the Administration issued a memo on Friday, October 28th to all City workers in support of the “Stop Work” strike scheduled for Wednesday, giving all employees, except for police officers, permission to take the day off.
That’s hundreds of City workers encouraged to take off work to participate in the protest against “the establishment.” But aren’t the Mayor and her Administration part of the establishment they are paying City employees to protest? Is it the City’s intention to have City employees on both sides of a skirmish line?
It is all very confusing to us.
Meanwhile, a message has been sent to all police officers: Everyone, including those who have the day off, must show up for work on Wednesday. This is also being paid for by Oakland taxpayers. Last week’s events alone cost Oakland taxpayers over $1 million.
The Mayor and her Administration are beefing up police presence for Wednesday’s work strike they are encouraging and even “staffing,” spending hundreds of thousands of taxpayer dollars for additional police presence – at a time when the Mayor is also asking Oakland residents to vote on an $80 parcel tax to bail out the City’s failing finances.
All of these mixed messages are confusing.
We love Oakland and just want to do our jobs to protect Oakland residents. We respectfully ask the citizens of Oakland to join us in demanding that our City officials, including Mayor Quan, make sound decisions and take responsibility for these decisions. Oakland is struggling – we need real leaders NOW who will step up and lead – not send mixed messages. Thank you for listening.
===========================================================
Response: Mayor didn't tell them to use tactics unapproved for warzones
by Jack Smith
Censored News
http://www.bsnorrell.blogspot.com
Interesting how they try and paint themselves as the victims of a failing mayor to earn sympathies. Everything is PR (public relations) and managed by people who analyze and decide what the public wants to hear or needs to hear. The mayor may be sending out mixed messages, but to join with the police and allow them to co-opt? Let's check some facts and ask some questions first:

So while the police are now seeking to claim unity with the 99%, let them actually join the 99% and stop from this moment forward violating the 1st Amendment. Tell them to bring forth those officers who violently abused citizens for prosecution; specifically including the officer who fired on Scott Olsen.

Truth be told, the police actually serve as a protection barrier for the colonial Empire of America, who creates the conditions for unrest and violence within every state and county. We are at war with ourselves because this system promises us luxuries if we "work hard" and propagandizes us into lusting after inanimate objects instead of being in solidarity with fellow humans. We get weighed down, frustrated, feel defeated, and that boils into criminal minded behavior because we begin realizing we were sold out to lies. Instead of joining together and fighting the system of lies, we more often become liars and take the attitude, "the world owes us", and we go off kicking ass and toting guns to get it. That is changing now and they fear that change. We now see each other more and more as fellow humans and stand boldly in solidarity with each other as the days pass. We want to change the system and rid ourselves of colonial war-games. No more in our name will this system exploit the earth, provoke wars, and divide us.

The whole system is rigged for corporate profit at the expense of human needs. This includes the police who ticket and arrest people to fill quotas and secure budget funding so they can afford more military-type equipment. If they want to be a part of the so-called 99%, they need to change their ethics, stop using tax dollars to suppress free-speech, and stop arresting minorities disproportionately to stockpile the privately owned prisons with people to profit off of. This system is corrupt from the core. It ends now!

"How did a cop who is supposed to have training on his weapon system accidentally SHOOT someone in the head with a 40mm gas canister? Simple. He was aiming at him."