US Police Brutalize Occupiers across the Nation

Police brutalized peaceful protesters in the Occupy movment on Saturday and Sunday, from North Carolina to Denver
By Brenda Norrell
Censored News
http://www.bsnorrell.blogspot.com
Police brutalized Occupy Denver protesters in Denver on Saturday and attacked Occupy Chapel Hill, N.C., protesters on Sunday with assault rifles. In Oakland on Sunday night, occupiers waited under the threat of a predawn raid on the site that has been repeatedly the site of police violence. 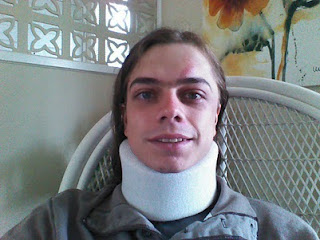 The good news came from Scott Olsen recovering from a skull fracture when he was struck by a police projectile at Occupy Oakland. "Update from Scott Olsen, who suffered a skull fracture at Occupy Oakland: "I'm feeling a lot better, with a long road in front of me. After my freedom of speech was quite literally taken from me, my speech is coming back but I've got a lot of work to do with rehab. Thank you for all your support, it has meant the world to me. You'll be hearing more from me in the near future and soon enough we'll see you in our streets!"

Occupy Denver released a statement about the attack by police on Saturday, Nov. 12.
"Once again, the DPD reaffirms its position as the most violent police force in the United States. Officers assaulted demonstrators who were just standing on the sidelines. An officer waited until a protester turned around and hit him in the back three times. They assaulted people verbally, including threats to “break the teeth” of protesters. One officer told another officer to “SHOOT EM!! SHOOT EM NOW!” One protester was struck by an officer on a motorcycle and was hospitalized. Protesters were kettled and shot with pepper-balls, according to Colorado Street Medics, who found pepper-ball shells at the scene of last night’s incident. The shooting took place at 14th and Speer, eventually forcing the group to move to 16th St. Mall, where diners and theater-goers were present. "
http://occupydenver.org/occupy-denver-reponds-to-ongoing-police-brutality-state-oppression-against-all-occupies/

From Portland, a friend responds about a peaceful protester injured by police. "Hospital won't comment on Justin James Bridges condition, but I talked to him directly moments ago. He said he got caught between crowd and garbage can, ended up on the ground, they pulled his arms around, put a knee in his back, thus aggravating his back which was already broken before meeting up with police. Then he couldn't get his feet under him so they dragged him. He asked for help but they ignored him, refused to loosen his hands. He did nothing but tell the officers that he loved them from the bottom of his heart, but that he was disgusted at them and ashamed of them. He might get out of the hospital tomorrow, though right now he still can't stand up under his own power.

VIDEO Above: Bob O'Grady being arrested in the San Diego Civic Center Plaza for laying inside of his sleeping bag to stay warm while a group of non-violent occupiers from San Diego, Los Angeles, Irvine, Encinitas, and other transplants from various locations across the US pow-wow under an erected U.S. flag in the heart of the plaza; in celebration of Veteran's Day. SDPD uses excessive force to apprehend Bob, a SDPD officer uses a choking technique I never knew was legal in the continuum of force ladder. That must come after using a closed fist to assault the suspect in the face.
Portland Video Sunday:


Finally, an Hawaiin singer made his mark by singing an "Occupy" song unscheduled at an Obama dinner. "I was pretty nervous. In fact I was terrified," Makana, 33 said. Read more:
http://www.rawstory.com/rs/2011/11/13/hawaiian-singer-surprises-obama-summit-with-occupy-song'
Occupy Chapel Hill coverage in Charlotte Observer: http://www.charlotteobserver.com/2011/11/13/2772641/activists-take-over-vacant-franklin.html 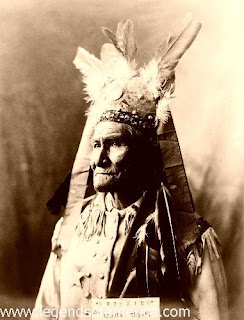 Berkeley City Council will vote to honor Geronimo
By Berkeley City Council
Censored News
BERKELEY, Calif. -- (Nov 9, 2011) The Berkeley City Council will vote on a revised resolution from the City’s Peace and Justice Commission to honor the life and memory of the Chiricahua Apache leader Geronimo at its regular meeting on November 15, 2011.
The resolution quotes verbatim H. Res. 132 [111th]: Honoring the life and memory of the Chiricahua Apache leader Goyathlay or Goyaale, also known as Geronimo; of February 23, 2009.
In addition to acknowledging the heroic life of Geronimo, the resolution condemns the misuse of the name “Geronimo” by the United States federal government for military purposes, and recalls that Native American tribal governments requested a formal apology for the use the name Geronimo in reference to the assassination of Osama Bin Laden from President Obama earlier this year.
The resolution refers to Geronimo’s autobiography as an historic document appropriate for history curricula in U.S. schools.
The Council first considered the resolution at its October 25 meeting but held it off to the November 15 agenda so that a committee of Councilmembers including Linda Maio, Jesse Arreguin, and Kriss Worthington can refine the “resolved” section. At the October 25 meeting, the Council passed a separate resolution to End Racial or Ethnic Stereotypes in Team Names, Mascots and other Public Titles.
Original Resolution:
http://www.cityofberkeley.info/uploadedFiles/Clerk/Level_3_-_City_Council/2011/10Oct/2011-10-25_Item_13_Honor_the_Life_and_Memory_of_the_Chiricahua.pdf
Related Article:
http://www.berkeleyside.com/2011/10/17/berkeley-peace-justice-commission-to-obama-apologize/
Contacts:
Wendy Kenin 510-504-4937 greendoula@gmail.com
Kriss Worthington 510-981-7170
at November 13, 2011 No comments:

Thousands turned out in Portland, Oregon, on Saturday night, Nov. 12, to protect the Occupy camp, after the mayor called for it to be cleared.
Update: Sunday: 10 am Pacific Time: Twitter: #OccupyPortland is getting cleaned out by cops. Not enough people there to defend the tents.OccupyPdx OccupyPortland

The Portland Occupation will not end. It is simply evolving. The camps were going to be cleaned out #Inevitable The #win is the #Peace!
Censored News
(Sunday, Nov. 13, 2011) The Alameda Sheriff's Department continued to brutalize peaceful protesters this week, this time at the University of California-Berkeley. Meanwhile, in Portland, thousands turned out to defend Occupy Portland. In Denver, police continued to brutalize protesters on Saturday night, as hundreds of police attacked a handful of protesters with three tents. In San Diego, police choked a man in the night as they arrested him. Meanwhile, in Oakland, occupiers rallied in solidarity with Egypt. Police raided Occupy Salt Lake in Utah, and Occupy St. Louis in Missouri. on Saturday night.
As one woman said in Oakland on Livestream on Saturday night, "If you can transform Oakland, you can transform the world."


Police to Occupy Cal protester, after cracking his rib with baton blow: "You have no rights" From The Daily Californian: "For UC Berkeley graduate student Alex Barnard, the most disempowering moment of Wednesday night was not when he was repeatedly hit with a police baton, cracking one of his ribs. Instead, the most disturbing moment of his experience came afterward, when he says an officer told him he had 'no rights.'"