Twitter has become a champion for human rights, with its real time alerts on abuses around the world and exposures of censored news articles. This is where Twitter excels, making Facebook now seem archaic, like an ancestor's chest of old clothes.

Facebook's random freezing of accounts and deletion of data is increasing. Facebook also supplies law enforcement with tracking data, since IP addresses are saved every time a user logs in. In fact, Facebook saves everything, even what you have deleted. Further, Facebook increasingly has trolls who want to persuade, disrupt and confuse.

Twitter, however, has become the medium for a global audience who doesn't want to read too much. Internet readers these days want a few sentences and photos. They want it quickly and clearly. Most of all, they want it now.

When Egypt opened fire on protesters with real bullets, those chilling words came across on Twitter. When Berkeley police beat young women students in their stomachs with batons at the Occupy movement, the horrifying video appeared quickly on Twitter. When a UC Davis officer methodically pepper sprayed seated students in their faces, the photos spiraled around the world. When Scott Olsen, member of Iraq Veterans against the War, was shot in the head by police at Oakland and was unresponsive on the pavement, a photo appeared, before the name and the story that followed.

Facebook settles with FTC over deception charges:
http://www.nytimes.com/aponline/2011/11/29/technology/AP-US-TEC-Facebook-Settlement.html?_r=1&smid=tw-nytimes&seid=auto
(Anonymous)
"Anonymous has no face, no race, and no origin. Anonymous is a force and as such, simply is. Anonymous..."
NY Councilmen, arrested at Occupy Wall Street, sponsor resolution in support of OWS: Councilman Ydanis Rodriguez, who was beaten by police, said on Twitter: @OccupyWallStNYC I am introducing a resolution today with @JumaaneWilliams and @TishJames in support of the #occupywallst movement

I’m proud of the @NYCCouncil’s General Welfare Committee for voting 9-0 on the #lawsuit against @MikeBloomberg’s #unjust #homeless policy. 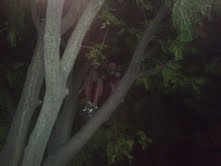 TUCSON -- In a rare direct action/resistance by Occupy Tucson, not seen across the nation thus far, occupiers climbed the trees of Veinte de Agosto Park before the 10:30pm citation time.
At approximately 11pm, the Tucson Police Department notified Occupy Tucson stating that there would be no enforcement, nor citations for staying in the park after hours for the night.
Several writers and two local television news stations were present to document the action, and reaction of TPD.
Could this be the move that could bring both the City of Tucson and Occupy Tucson to the negotiating table or is this a sign of a possible moratorium on citations?
Alex Maldonado (Peacekeeper & Veteran For Peace)
Photo courtesy of Alex Maldonado.
at November 29, 2011 No comments:

DURBAN, South Africa – Indigenous Peoples from the US and Canada join Pablo Solon Romero of Bolivia as featured speakers on climate justice for media interviews at the UN Climate Summit COP 17 in Durban.


The Global Justice Ecology Project announced American Indians and First Nation climate activists join leaders in the social justice movements from around the world, including the Indigenous Environmental Network and La Via Campesina. The speakers include:

Former Ambassador to the United Nations for the Plurinational State of Bolivia. Before becoming Ambassador to the United Nations, Pablo Solón Romero worked as an activist for many years with different social organizations, indigenous movements, workers’ unions, student associations, human rights and cultural organizations in Bolivia.  As Ambassador to the UN, Solón spearheaded successful resolutions on the Human Right to Water, International Mother Earth Day, Harmony with Nature, and the Rights of Indigenous Peoples. He was the lead climate negotiator for Bolivia at the UNFCCC, and helped organize the World People's Conference on Climate Change in Cochabamba, Bolivia in 2010.

Daniel T'seleie K'asho Got'ine First Nation, Fort Good Hope, Northwest Territories -- Canada.
Daniel T’seleie is a Canadian Youth Delegate for Durban COP17 and coalition member of the Canadian Youth Climate Coalition.  He is a 2010 Jane Glassco Arctic Fellow, lives in Yellowknife, NWT, Canada and works as Director of Lands and Environment with the Dene Nation. His previous experience has included work on climate change mitigation and adaptation with territorial and national NGOs, a photojournalist with work in Yellowknife and Iqaluit, and held policy positions with the Government of the Northwest Territories. Daniel participated in previous UNFCCC COP meetings.
Contact: danieltseleie@hotmail.com

François Paulette, Dene Suline, Alberta, Canada.
François Paulette is a member of the Smith's Landing Treaty 8 Dene First Nation and lives 200 miles downstream from the tar sands industry site in Alberta, Canada.  François was previously chief and vice-chief of the Dene Nation and is currently a commissioner with the Assembly of First Nations (AFN), a national organization representing 630 First Nations across Canada. ‘As both a father and grandfather, François believes that the way of life for many people living in First Nation lands in Canada is quickly changing, leaving many people uncertain about the future. The drastic drop in water levels in the Athabasca River system and a lack of fresh water for drinking are the biggest concerns for aboriginal communities living downstream from the tar sands development in northern Alberta, Canada.’ François participated in previous UNFCCC COP meetings.
Contact: francois.paulette@yahoo.ca


NGOs and Organizations of Indigenous Peoples (IPOs) have come together to challenge both the ethics and the effectiveness of programs for Reducing Emissions from Deforestation and Degradation and enhancing forest carbon stocks in developing countries (REDD+), and have expressed serious concerns about the diversion of conservation, development and poverty alleviation funding toward REDD+ projects and processes. These concerns has been expressed in an open letter directed toward the funding community, and will be shared at a press conference today.