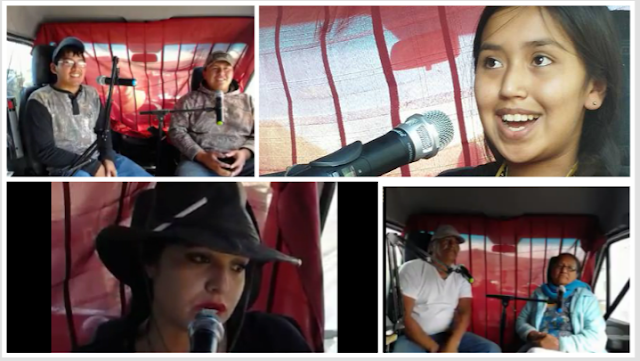 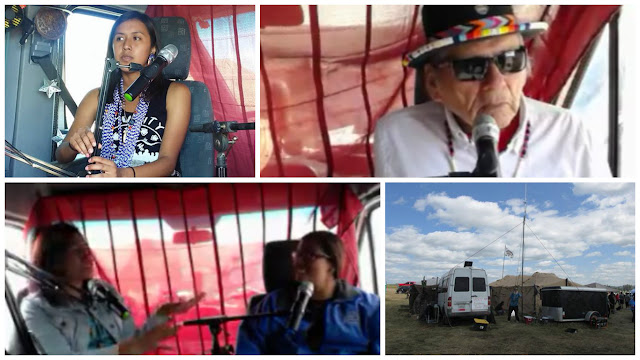 Warriors of the Heart: Two young Native women share their reason for being here:
http://bsnorrell.blogspot.com/2016/08/warriors-of-heart-standing-rock.html

Rosebud entrepreneurs: Two young Lakota men have been raising bees, and selling their honey for years, along with having traditional workshops.
http://bsnorrell.blogspot.com/2016/08/rosebud-lakota-youths-on-standing-rock.html


J.R. American Horse, shares origins of Camp of Sacred Stones. "All around us here are sacred stones, prayer stones." The smooth round stones are created by swirling of waters where the Cannon Ball and Missouri Rivers came together. Nearby, Big Lake was where the people once gathered.
http://bsnorrell.blogspot.com/2016/08/jr-american-horse-live-on-standing-rock.html

Osprey Orielle Lake of WE CAN describes the roots of the Rights of Nature movement, Ecuador, Bolivia and now Congo.

Carol Raffensperger, on the legal team, tells how the U.S. changed the flow of the water here, which once created smooth, sacred stones.
http://bsnorrell.blogspot.com/2016/08/standing-rock-resistance-radio-legal.html

Around the Camp Fire Series

Lakota elder speaks on healing with ceremonies and diet, and healing the trauma of boarding schools.
http://bsnorrell.blogspot.com/2016/08/standing-rock-resistance-radio-healing.html
Tlingit water and medicine songs.

http://bsnorrell.blogspot.com/2016/08/listen-standing-rock-resistance-radio_24.html
A Song for Grandma, and talks in camp.

http://bsnorrell.blogspot.com/2016/08/standing-rock-resistance-radio-song-for.html
A Song for Women, A Song for Water, and talks in camp.

http://bsnorrell.blogspot.com/2016/08/standing-rock-resistance-radio-song-for.html
Young Lakota women, now living in Flagstaff, Ariz., shares how her friends from college, Menominee in Wisconsin, helped her come home to defend the water. 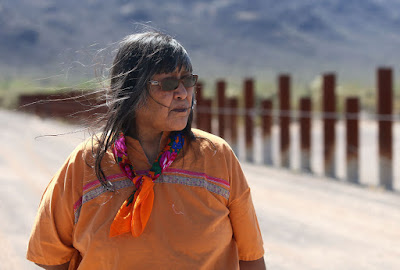 
To view statement, click on the pop-out in the top right corner, or use the bar scroll on right, and then scroll down.

No portion of this statement may be used without permission.
at August 28, 2016 No comments:

Please post & distribute.
MNN. Aug. 28, 2016. All the people are standing together like a rock at Standing Rock. Creation reminds us of our original instruction as original human beings when we were placed here. Our instructions are to survive and co-exist with nature as siblings on our mother, the earth. We stand together wherever we are in the world against the corporations, that are not humans and have more rights than human beings and the natural world?

In 1917 when the people of Russia had enough and stood up to protest the corporations, Tzar Nicholas sent in the police to attack the people. After a few months, the police said, “We are of the people” and joined them. The Tzar promptly ordered the army to attack the people. Then the army joined the people and killed the Tzar [corporation].
The people are standing strong for Standing Rock. The police are starving the people, stopping food, water, necessities and threatening our freedom. It’s only a matter of time when the police will realize that they are the people. It will signal the end of the corporation. We will have peace here on great turtle island.
thahoketoteh sings about standing up: “I speak to you now, proud and brave, remembering the lessons my ancestor gave. About acknowledgement and respect, and the four races as they intersect. … Power to the people, real people. Power to the people, all people. Power to the people, onkwe’hon:weh”.
Marching through the streets of Montreal leading the World Social Forum August 9, 2016. Power to the People. THE KANIONKEHAKA STAND WITH OUR BROTHERS AND SISTERS AT STANDING ROCK CAMP.
ALERT: PayPal has taken all of MNN’s funds [$165] without explanation. They are asking for payment to close down the account. MNN Mohawk Nation News kahentinetha2@yahoo.com for more news, to donate and sign up for MNN newsletters, go to mohawknationnews.com More stories at MNN Archives. thahoketoteh@ntk.com Address: Box 991, Kahnawake [Quebec, Canada] J0L 1B0 or original Mohawk music visit https://soundcloud.com/thahoketoteh
Crow arrive at Standing Rock.https://www.facebook.com/lastrealindians/videos/vb.320024044685899/1212778822077079/?type=2&theater
Commanches arrivehttps://www.facebook.com/manape.lamere/posts/1115278615228692
Montreal Mayor wants pipeline delay.
Solidarity growing.
Good coverage on MSNBC
LET’S TELL THEM WHERE WE STAND: Energy East Pipeline Ltd. [EEPL] andEnergy East Pipeline Ltd. [EEPL]; 517 Tenth Avenue SW, Calgary, Alberta, T2R 0A8; National Energy Board, Marc-Andre Plouffe, Montreal Office, 505 De Maisonneuve Blvd., West, Suite 230, Montreal, Québec H3A 3C2; Montreal Mayor Denis Coderre, City Hall, 275 Notre Dame St. E., Montreal QC H2Y 1C8, 514-872-3101 Fax 514-872-4059; Hon. Justin Trudeau, Prime minister, Parliament of Canada Ottawa, Ontario K1A 0A9 [email]; Carolyn Bennett, Minister Aboriginal Affairs and Northern Development Canada, 10 Wellington, Ottawa, Ontario K1A 0H4 [email]; Governor General, Rideau Hall, 1 Sussex Drive, Ottawa, Ontario K1A 0A1 [email]; Queen Elizabeth, Buckingham Palace +44 303 123 7300; Band & Tribal Councils and sell-outs that are cooperating with pipeline companies; ENERGY TRANSFER PARTNERS OF HOUSTONhttp://energytransfer.com/contact_us.aspx