I. The Local Mirror.
The year 2011, Chiapas, Mexico, the World. And in this calendar and this geography, we continue attentive around here to what happens, what is said and, above all, to what is silenced. We continue in resistance in our lands. The attacks against us continue from across the political spectrum. We are an example that it is possible for all the political parties to have a common goal. Sponsored by federal, state and municipal governments, all political parties attack us. Prior to each attack or after it, there is a meeting between government officials and "social" or party leaders. Little is said, just enough to agree on a price and the method of payment. Those who criticize our Zapatista position that "all politicians are alike" should take a trip around Chiapas. Although it is certain that they will say this is something strictly local, that this does not happen at the national level. But the political class in Chiapas repeats, with local variations, the same ridiculous routines of pre-election times.
Read more ...http://censored-news.blogspot.com/2011/08/zapatistas-letter-from-marcos-august.html
at August 31, 2011 No comments: 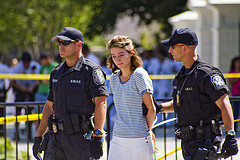 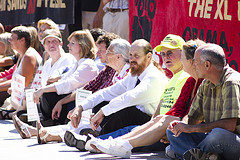 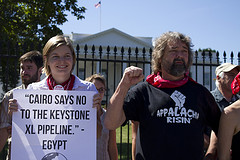 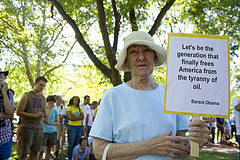 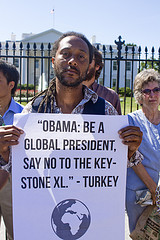 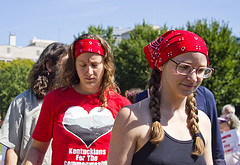 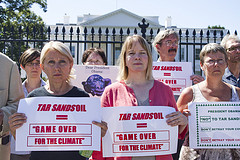 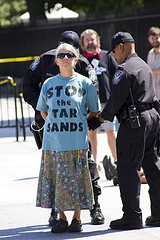 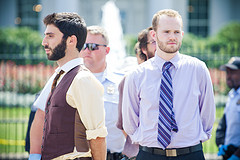 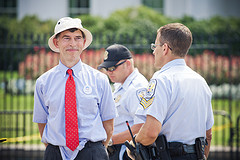 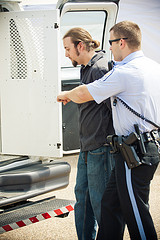 Photos 1 -- 8 by Shadia Fayne Wood/Tar Sands Action. Last three photos, 9--12, by Josh Lopez/Tar Sands Action. On Wed., Aug. 31, 2011, there were 111 people arrested, including a delegation from Appalachia. The total arrests are now 706 people. Stop the dirty Alberta tar sands and the proposed Keystone XL Pipeline headed through the heart of America, and the Ogallala aquifer. See portraits of all today's heroes at the Tar Sands Photostream. Thanks to all the photographers who make this possible each day:
http://www.flickr.com/photos/tarsandsaction/
at August 31, 2011 No comments:

August 31, 2011 (Washington, D.C.) – The Council of Canadians, the Indigenous Environmental Network and Greenpeace Canada presented a letter addressed to Ambassador Gary Doer at the Canadian embassy in Washington, D.C. today demanding an end to lobbying in favour of the Keystone XL pipeline.
“Ambassador Doer has publicly recognized he is actively lobbying for Keystone XL,” says Maude Barlow, National Chairperson of the Council of Canadians, who will be present to help deliver the letter. “To pitch the tar sands as the answer to American energy security ignores the destruction of the tar sands and turns away from the sustainable energy future Canada and the U.S. need.”

“With the onslaught of tar sands exploitation, we are seeing more people developing serious respiratory illnesses. People of all ages are developing types of cancer that we have never seen in our area, as we have seen the tar sands industry expand,” said Gitz Crazyboy of Fort McMurray, in the heart of the Alberta tar sands. Crazyboy continues, “What we see is alarming – we are witnessing the complete destruction of the boreal forest as tar sands operations expand.”

Melina Laboucan-Massimo, a climate and energy campaigner with Greenpeace Canada who is from Alberta said, “The Keystone pipeline is an act of aggression to the plants, wildlife and people who live in its path. We are proud to add our voice to the hundreds of brave activists who have peacefully opposed this destructive project over the past several days.”

Two weeks of protests in Washington, DC will end on September 3rd before transitioning to Ottawa for a one-day event endorsed by the Council of Canadians, Indigenous Environmental Network and Greenpeace Canada on September 26th. People across Canada have been invited to participate by signing on to the civil disobedience protest at ottawaaction.ca.

Censored news articles on Indigenous Peoples and human rights, August 2011
By Brenda Norrell
Censored News
http://www.bsnorrell.blogspot.com
There's been an explosion of news during August, but if you're relying on the mainstream media, or a few online news sources, you're probably unaware of it.
At the White House, Indigenous Peoples are being arrested to halt the tar sands and its proposed pipeline, which would cut through Indian country and the enormous Ogalalla aquifer in the heartland. The Alberta tar sands are already destroying First Nations homelands. The news censored by some online media includes the arrest of Cree actress Tantoo Cardinal.

On Friday, the day before the conclusion of two weeks of arrests, Indigenous Peoples join the sit in at the Indigenous Day of Action at the White House.
CENSORED NEWS: Daily portraits of arrests at the White House:
http://www.bsnorrell.blogspot.com
Protests were held at US Forest Service offices in Albuquerque, Vallejo, Calif., and Golden, Colo., to halt the destruction of sacred San Francisco Peaks, by the Arizona Snowbowl ski resort, in northern Arizona. In Albuquerque, the frightened Forest Service shut its doors, taped off the corridor with police tape and posted police on the roof. Later during the daylong protest, Louise Benally, Navajo from Big Mountain, Ariz., delivered a letter to the Forest Service inside.
CENSORED NEWS: Albuquerque Forest Service Shuts Down, Frightened by Peaceful Peaks Protest
http://bsnorrell.blogspot.com/2011/08/albuquerque-forest-service-shuts-down.html
Whistleblowers, the hacked Arizona police files, and Wikileaks have exposed the ATF's Project Gunrunner and "Fast and Furious," which provided Mexico's drug cartels with thousands of assault weapons to carry out mass murder and the executions of two US federal agents.
The top ATF official and the US Attorney in Arizona announced they were leaving their posts yesterday, Tuesday.
NARCOSPHERE: Project Gunrunner explodes: Lies from Arizona
http://bsnorrell.blogspot.com/2011/08/project-gunrunner-explodes-lies-from.html
Wikileaks also exposes the cables of the US Embassy at the Vatican, exposing the rape of nuns by priests; the downplaying of the sexual abuse of minors by the Pope; the Vatican's support for the war in Iraq; and the labeling of Venezuela President Hugo Chavez as a "dangerous" leftist. The US diplomatic cables are accentuated by the fact that the Vatican did not want its agenda known.
NARCONEWS: Wikileaks: Pope and the heart of darkness:
http://narcosphere.narconews.com/notebook/brenda-norrell/2011/08/wikileaks-pope-and-heart-darkness
With the release of thousands of new Wikileaks cables, there's a new series on Native Americans, with a focus on the media, at Censored News. While the US was censoring the voices of Native Americans opposed to the war in Iraq, and censoring global criticisms of the United States human rights record, the facts were being documented and published around the world.
CENSORED NEWS: China scolded US for treatment of Native Americans
http://bsnorrell.blogspot.com/2011/08/new-wikileaks-un-china-scolded-us.html
CENSORED NEWS: New Wikileaks: Exiles of Native Americans and Palestinians
http://bsnorrell.blogspot.com/2011/08/new-wikileaks-forced-exiles-of-native.html
CENSORED NEWS: Wikileaks: Torture in Iraq invokes atrocities against Native Americans
http://bsnorrell.blogspot.com/2011/08/wikileaks-torture-in-iraq-invokes.html
MORE:
Listen to First Nations and Native American Interviews, on Tar Sands White House, on Native America Calling
http://www.nativeamericacalling.com
Breaking news:
Wikileaks cable reveals US summary execution of family of Iraq:
http://news.antiwar.com/2011/08/29/cables-reveal-2006-summary-execution-of-civilian-family-in-iraq/