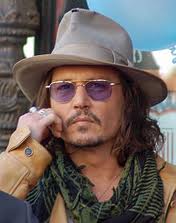 In the rush for glory, news reporters and newspapers rely on plagiarism, theft and deceit

Plagiarism has become the accepted form of journalism at Indian Country Today Media Network. The most obvious example of this collapse in journalism and ethics is ICT's coverage of Johnny Depp's offer to purchase Wounded Knee in South Dakota and return it to the Lakota people.

Even newspapers that should have known better were quickly quoting the plagiarizer Indian Country Today, rather than the source, the Daily Mail.

Palmer wrote, "Such is Depp’s commitment to the Native American cause, he is planning to spend millions of his own money to return land, Wounded Knee, in South Dakota, to their ownership.

"The site, the scene of an 1890 massacre, is up for sale for $3.9 million. Local Native Americans say they cannot afford to buy it. Depp is outraged."

Read more of Depp's interview at the Daily Mail: http://www.dailymail.co.uk/home/event/article-2356133/Johnny-Depp-life-Vanessa-Paradis--cheating-death-The-Lone-Ranger.html

In South Dakota, Last Real Indians has an update on Depp's offer to buy Wounded Knee. Read it here:
http://lastrealindians.com/explosive-white-clay-walking-out-on-nebraskas-gov-johnny-depp-buying-wounded-knee-oglala-president-bryan-brewer/

Brandon Ecoffey at Native Sun News first reported the news of the sale of the Wounded Knee site. Ecoffey reported that talks were underway to purchase the 40 acre tract of land at the national historic site of Wounded Knee and another 40 acre lot at Porcupine Butte. The two sites were put up for sale by land owner Jim Czywczysnki for a total of $4.9 million on Pine Ridge Oglala land.

Meanwhile, the Rapid City Journal's article on Depp and the Wounded Knee sale is not written by Rapid City Journal. In tiny letters at the top is the real author and credit: Kevin Abourezk at Lincoln Star Journal.

The Lincoln Star Journal reported the land owner has greatly inflated the price. “We just hate to see that guy get rich off us,” Oglala President Bryan Brewer told the Lincoln Star Journal. Read it here: http://journalstar.com/news/state-and-regional/tribe-johnny-depp-wants-to-buy-wounded-knee/article_5d823cc8-d972-5198-8ecd-4ceefa477317.html

There are actually Lakota reporters in South Dakota who are present and cover the news. Among those newspapers is Native Sun News, which is often plagiarized online.

Meanwhile, writers who sit home and plagiarize the hard work of others for money are not reporters. They are opportunists and profiteers. Indian Country Today is still using a reporter/editor in the west that I haven't seen out on a news story in the past 30 years. I have seen her plagiarize.

Real reporters sacrifice huge amounts of time doing research, and actually showing up on news stories. These days reporters are often using their own money to travel to do real news. Then someone comes along like the 'reporters' at Indian Country Today, and either totally plagiarizes their work, or does a rewrite with a quick phone call in a few minutes time and collects a big paycheck for it.

Don't fall for plagiarism and the theft of others work. Since yesterday when the plagiarism was exposed, Indian Country Today has been busy having their armchair journalists do phone call interviews to cover their tracks on the plagiarism.