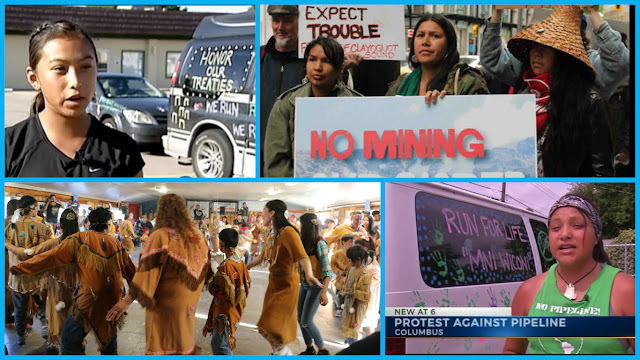 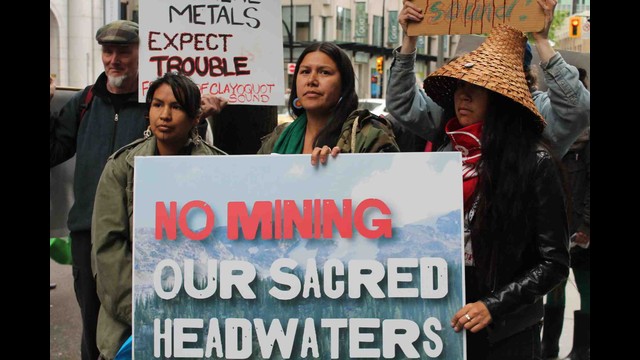 Secwepemc activists have launched a call to action against Imperial Metals Mount Polley mine on the two-year anniversary of the devastating tailings pond spill.
Kanahus Freedom, a member of the Secwepemc Women's Warrior Society and one of the organizers of the action says that they will be letting the government of British Columbia know they are outraged at the fact that the government has issued a new operating permit to the mine.
“The province has no jurisdiction to be issuing permits to companies illegally operating on our Sovereign Territories without the free, prior, informed consent of the Secwepemc Tribal Peoples.”
The August 4, 2014, Mount Polley spill is the largest environmental disaster in British Columbia's history. The mine's tailings pond dam breached and unleashed 2.5 billion gallons of contaminated water and 4.5 million cubic metres of metals-laden silt into Hazeltine Creek, Polley Lake and Quesnel Lake on the way to the Fraser River Watershed.
Despite government and industry promises at the time of the spill, very little in the way of site remediation has been done to clean up the toxic spill. BC Auditor General Carol Bellringer released a report in May 2016, finding that the "monitoring and inspections of mines were inadequate to ensure mine operators complied with requirements.”
“Imperial Metal's failure to fulfill its promises to clean up is a wakeup call for all of us when we hear the same type of meaningless promises coming from Kinder Morgan and other pipeline companies. We cannot rely on governments or companies to protect our lands — and the BC Auditor General has confirmed this. As long as Imperial Metals and the government that backs them continue to devastate our lands with no accountability, they can expect an escalation in resistance, solidarity, and pressure against their corporate interests,” further states Kanahus Freedom.
The Mount Polley commemoration will begin in Vancouver on August 1 at 17h30 with a dinner and presentation on the Mount Polley mine and other mining and land use issues including Grand Chief Stewart Phillip (UBCIC). On August 3, a bus and convoy of private vehicles will travel to a camp set up at the Mount Polley mine entrance for the August 4 commemoration.
Contacts:


To Secwepemc the Water is Sacred, the Salmon are Sacred. The massive Mount Polley mining disaster that happened at Yuct Ne Senxiymetkwe, unceded Secwepemc Territory (near Likely, BC) will continue to impact both the water and salmon for thousands of years. Imperial Metals Mount Polley tailings dam failure unleashed billions of gallons of toxic mine tailings and slurry into pristine water ways and salmon spawning grounds. The government of bc has issued a "restart permit" without the consent of the Indigenous Peoples and no sufficient clean up. Secwepemc join with others worldwide to resist and fight back against mining and the re-opening of this illegal and destructive mine, that is backed by government.
The footage taken was from several site visits to Ground Zero of the Mount Polley Disaster.
Beats by Maroly Tut, Belize 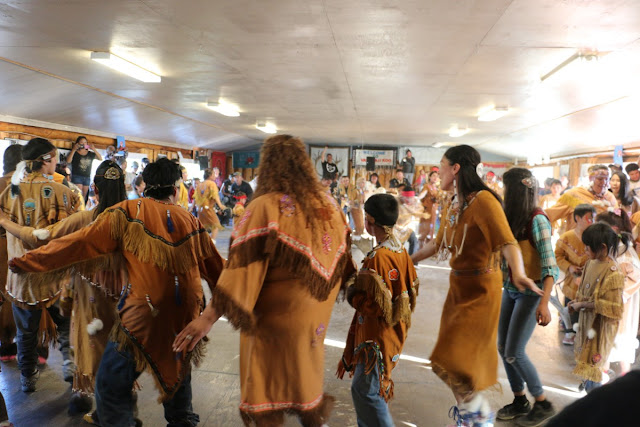 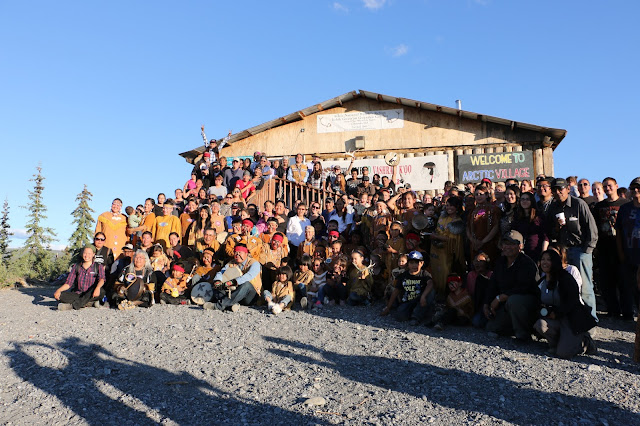 By Bernadette Demientieff and Sarah James
The Gwich’in Nation renewed their urgent call to Congress and the President to permanently protect the Coastal Plain of the Arctic National Wildlife Refuge as Wilderness for the caribou and the Gwich’in way of life. Read article at: https://medium.com/@WeAreTheArctic/gwichin-nation-calls-for-urgent-arctic-refuge-protection-and-climate-action-e491ae09cca4#.9thr1wf4c
at August 02, 2016 No comments: