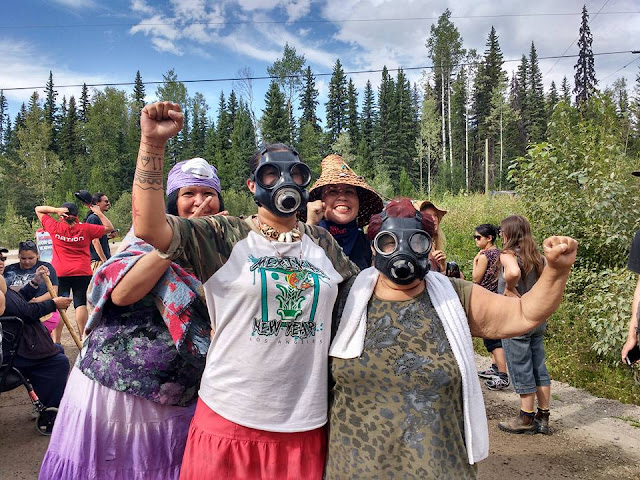 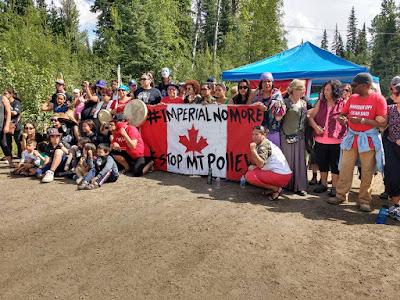 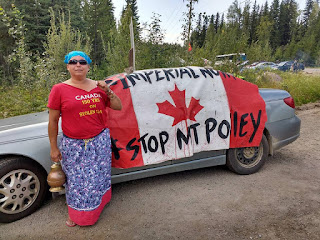 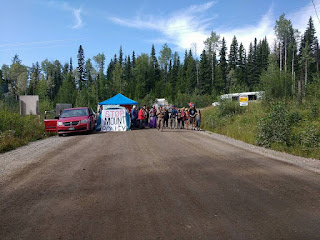 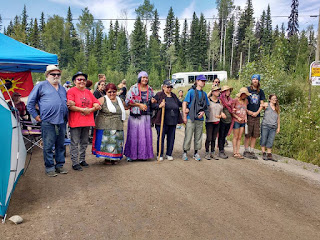 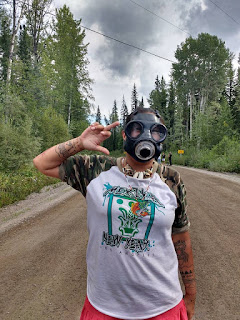 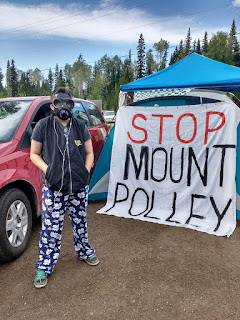 Thank you Tori Cress for sharing photos of today! 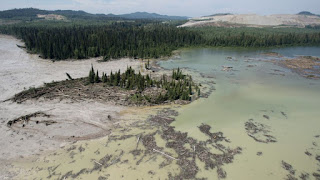 Secwepemc land defenders and allies have set up a road blockade at Imperial Metals’ Mount Polley mine on the two year anniversary of the devastating tailings pond spill. Kanahus Freedom (Manuel), a member of the Secwepemc Women's Warrior Society says that the community is exercising its sovereignty and taking direct action, as the government of British Columbia recently issued a new operating permit to the mine.
“The province has no jurisdiction to be issuing permits to companies illegally operating on our Sovereign Territories without the free, prior, informed consent of the Secwepemc Tribal Peoples.”
Imperial Metals and the BC government claim to have the support of the Secwepemc, but in reality rely on select political figures and elected officials that do not represent the interests of the Secwepemc people or constitute their traditional sovereignty. “The DIA chiefs of the Soda Creek and Williams Lake Indian Bands have no jurisdiction or authority to support the re-opening of the Mount Polley mine,” states April Thomas, Secwepemculecw Grassroots Movement, who lobbied and presented to the UN Committee on the Elimination of Racial Discrimination (CERD) this past April regarding human and indigenous rights abuses on Secwepemc territory at the hands of government and industry.
The August 4, 2014, Mount Polley spill has been described as the the largest environmental disaster in British Columbia's history. It occurred when the mine's tailings pond dam gave way and unleashed 10 million cubic metres of contaminated water and 4.5 million cubic metres of metals-laden silt into Hazeltine Creek, Polley Lake and Quesnel Lake on the way to the Fraser River Watershed.
Despite government and industry promises at the time of the spill, very little in the way of site remediation has been done to clean up the toxic spill. A May 2016 report from the BC Auditor General Carol Bellringer found that the "monitoring and inspections of mines were inadequate to ensure mine operators complied with requirements.”
“As long as Imperial Metals and the government that backs them continue to devastate our lands with no accountability, we will take whatever action necessary to defend our lands. There will be an escalation in resistance, solidarity and pressure against their corporate interests. Today’s blockade is just the beginning.”
The Mount Polley blockade is part of a Resistance Gathering, a series of events taking place at the site that are commemorating the anniversary of the spill. The action and gathering has the support of a wide range of organizations and individuals, including non-Indigenous organizations like No One is Illegal and many local residents who have been alarmed by the environmental devastation--in many cases driven from their homes by the spill. 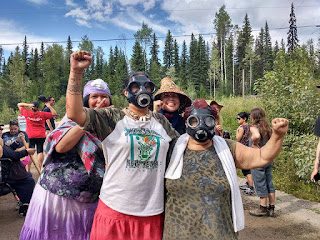