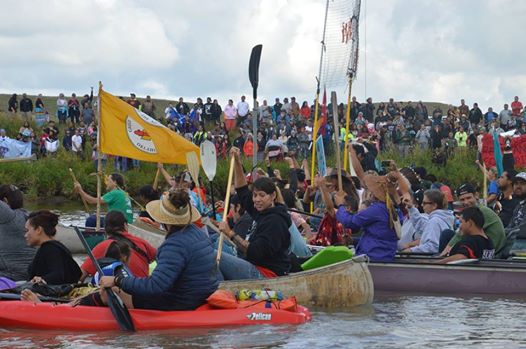 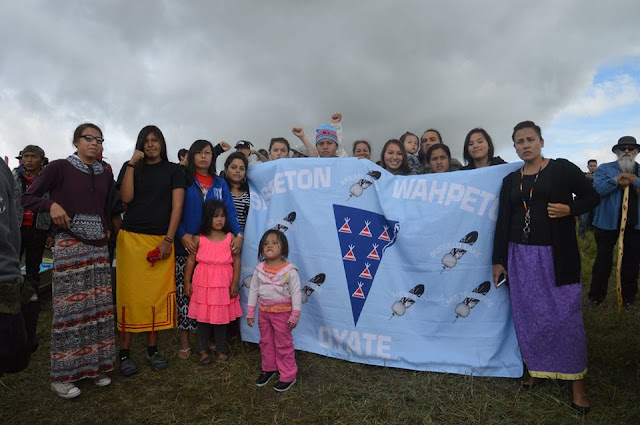 John Heminger photo Oceti Sakowin united with tribes all across Turtle Island in prayer for the protection of water.


Kayaktivists and Canoes Paddle Against the Dakota Access Pipeline

What: Peaceful water demonstration in the Cannonball River against the Dakota Access Pipeline
Who: Standing Rock tribal members, allies, and tribal members from across the country.
Where: We will meet at the put in at the Cannonball River just off 1806 (at the bridge), 2 miles west of camp.
When: Saturday, August 20, 2016 9am
Visuals: A large gathering of kayakers, canoeists and other watercrafts with colorful banners. On the shore there will be hundreds of supporters holding signs and singing in solidarity.
Background: Construction on the controversial Dakota Access pipeline first began on August 10th and is proposed to cross under the Missouri River just upstream of the Standing Rock Sioux Reservation. The number of protestors at the Camp of the Sacred Stones, which is resisting the pipeline, has swelled to nearly 1000 this week, with. at least 28 people arrested as part of nonviolent actions opposing the pipeline. Construction has now been delayed until August 24th when a federal court in Washington DC will rule on an emergency injunction to halt the project.