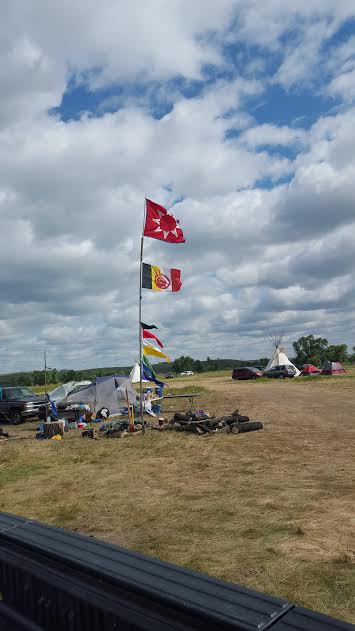 Media Contact:  Cody HallOrganization:  Red Warrior CampRedWarriorCamp@gmail.comAugust 25, 2016 Cannon Ball River, 1851 Ft Laramie Treaty Territory -- A day after the federal judge declared that he will wait up to two weeks to issue his ruling to temporarily halt construction of the Dakota Access Pipeline, the Red Warrior Camp continues to grow and thrive.The camp has established a recycling program; a food distribution program to support camp kitchens; nonviolent direct action training and culture based activities.North Dakota Homeland Security Division’s decision to abruptly remove their trailers and drinking water tanks have not affected the people in camp. 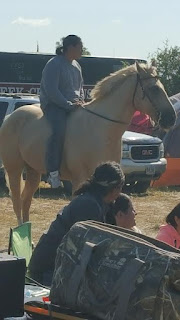 Much like our ancestors before us, we are resilient and will persevere. These delays will not deter, but in fact will motivate, the people to focus on what they came here for -- to protect the water.More than 50 native nations and allies from around the world have converged here on the banks of the Cannon Ball River to be a voice for the sacred water and Mother Earth. The population is expected to increase in the coming week with the influx of additional tribal nations arriving.Social Media:  Facebook.com/RedWarriorCamp , @ZuyaLutaOceti on Twitter
. 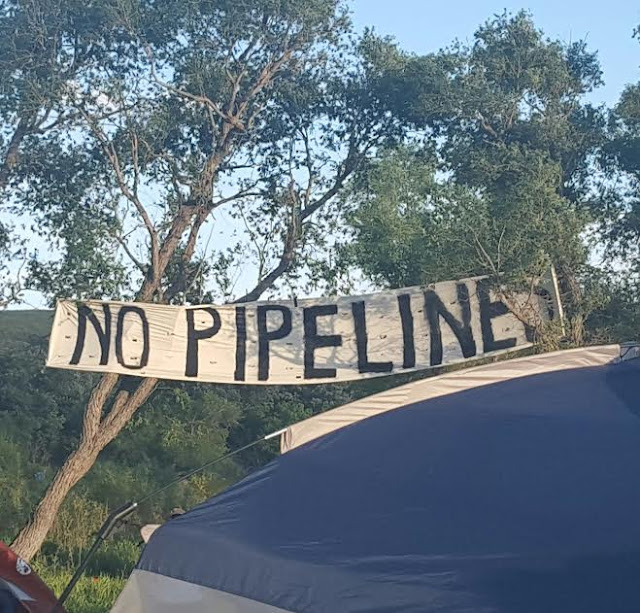 Photos 'Rally for Standing Rock in Reno' by Buck Sampson 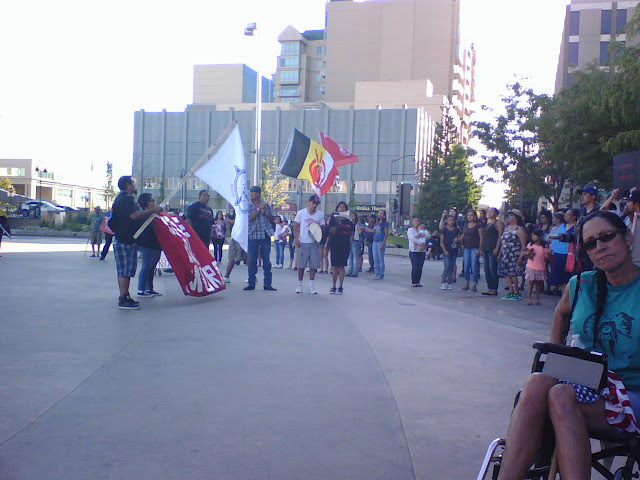 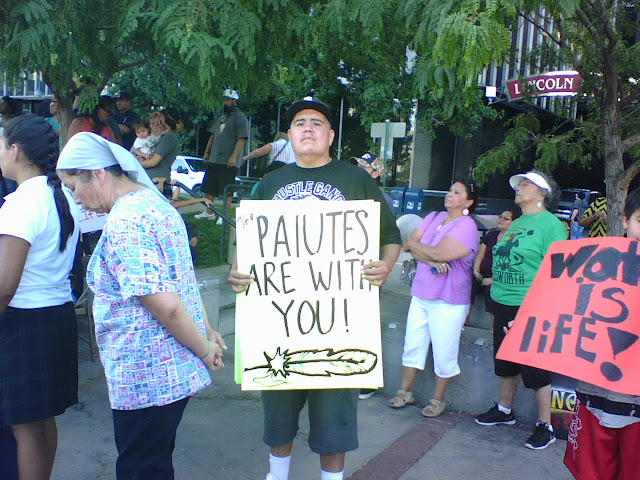 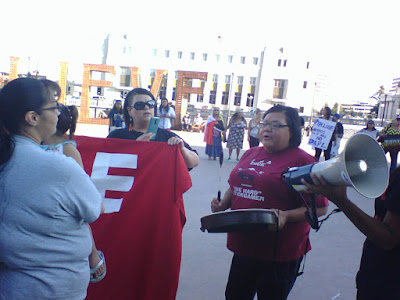 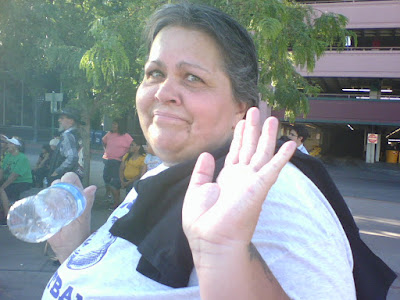 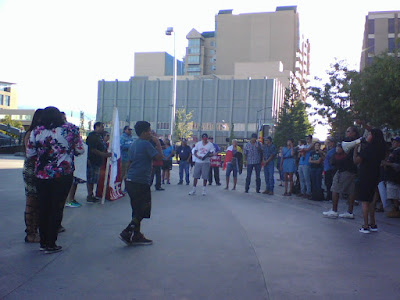 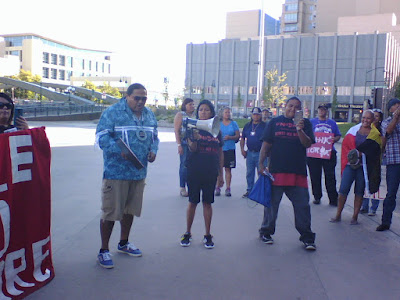 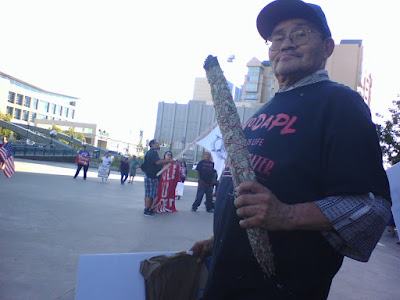 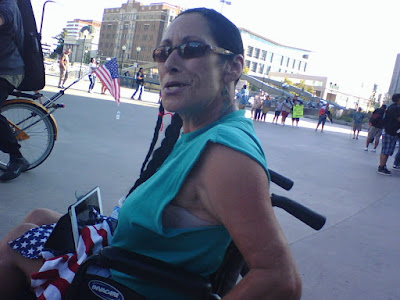 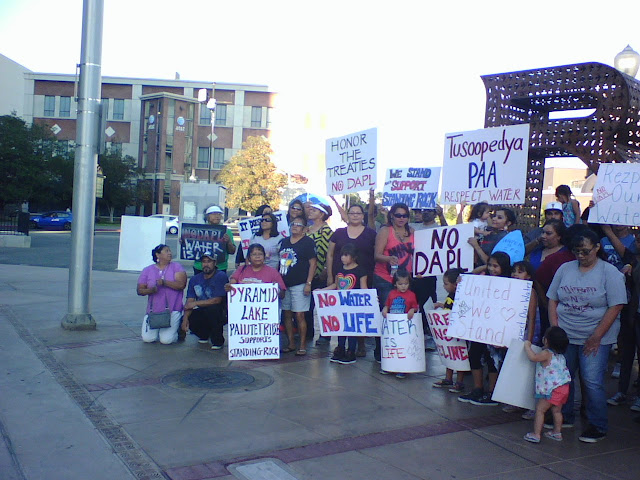 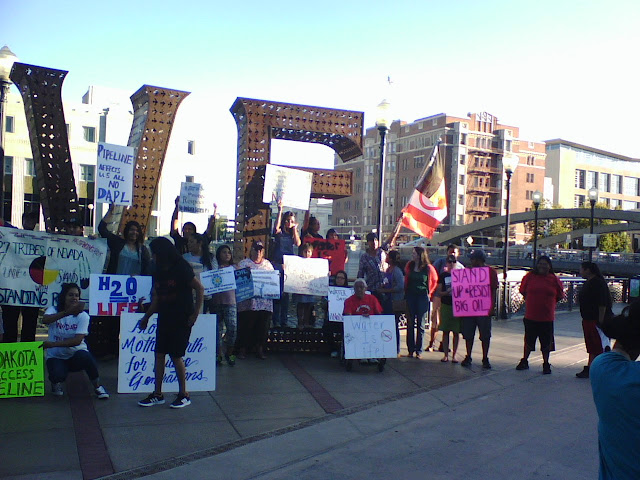 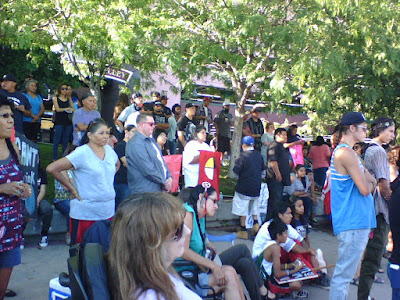 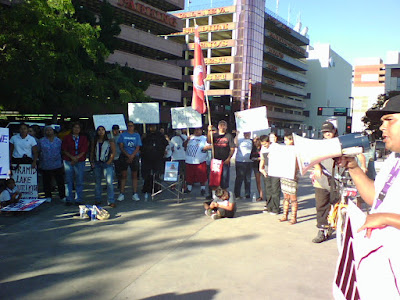 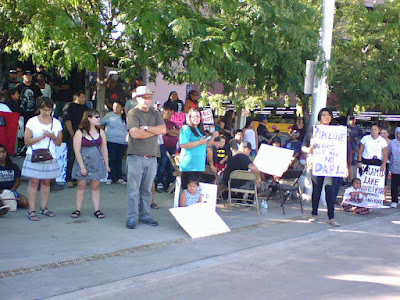 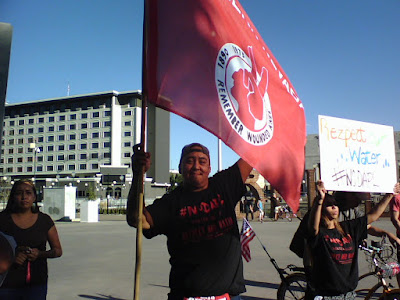 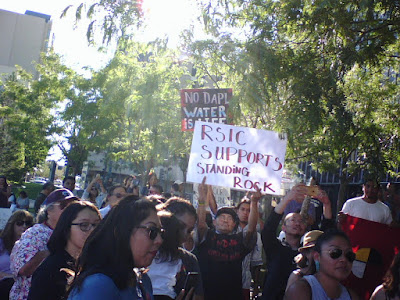 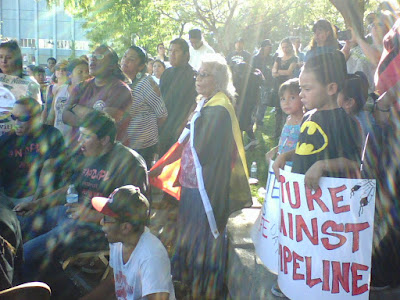 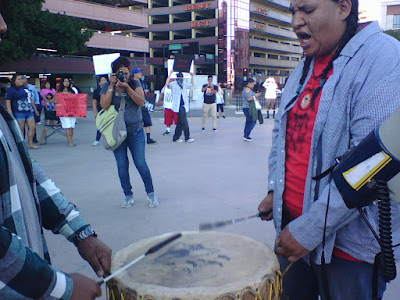 RENO, Nevada -- Native Americans from Nevada and California rallied in Reno today, sending support to Standing Rock Lakotas who are fighting the Dakota Access Pipeline which threatens to poison their water supply, the Missouri River, with an underground crude oil pipeline.
Buck Sampson, Paiute, said, "We Natives are having big rally in Reno in support of our Tribesmen Standing Rock Sioux."
"We have some people from Standing Rock talking, the drum, Las Vegas Paiutes from Moapa, Pyramid Lake Tribe, Yerington Tribe, Schurz Tribe, Reno Sparks Tribe, Lovelock Tribe, Fallon Tribe, Northern Paiute Tribes in Nevada, Susanville Tribe Paiute, Washoe, Maidu and Pit River."
"We got a few Lakotas here, 300 Natives."
"There were Shoshones from Duckwater, Duck Valley, and Shoshone Paiutes from northern Nevada."
"They did round dance and sang songs, lots of traditional songs. There was a TV crew here. Now they're singing the AIM song," Buck Sampson told Censored News late on Thursday, Aug. 25, 2016.

Standing Rock Camp 'We Shall Remain' Photos by Michelle Cook 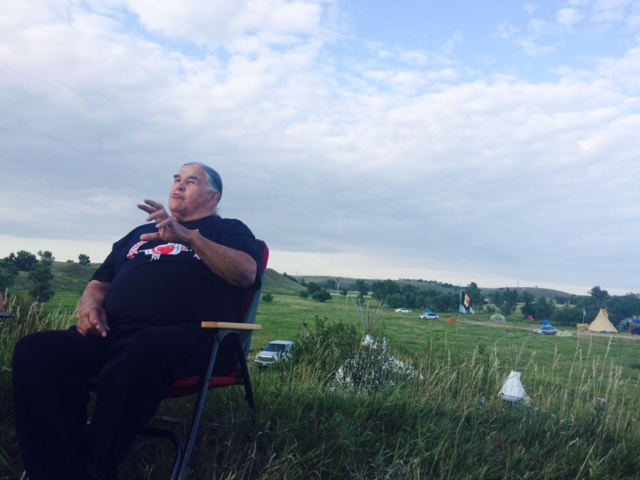 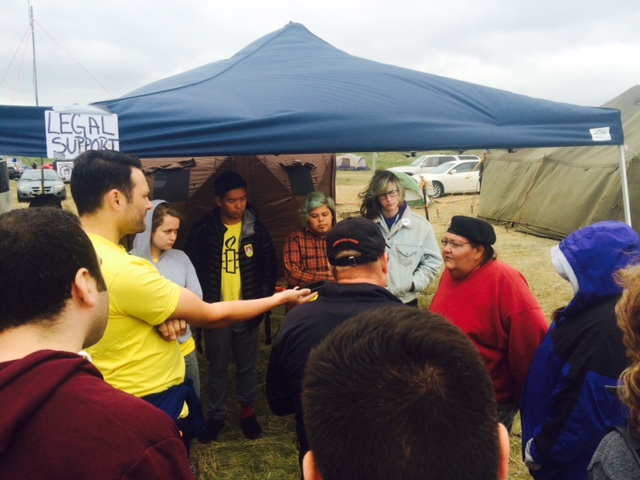 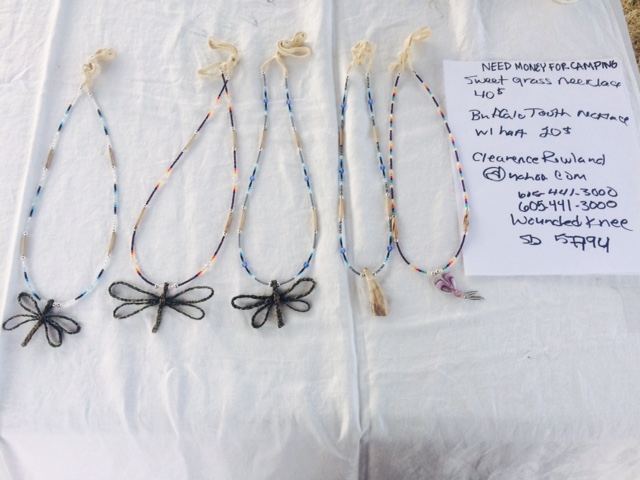 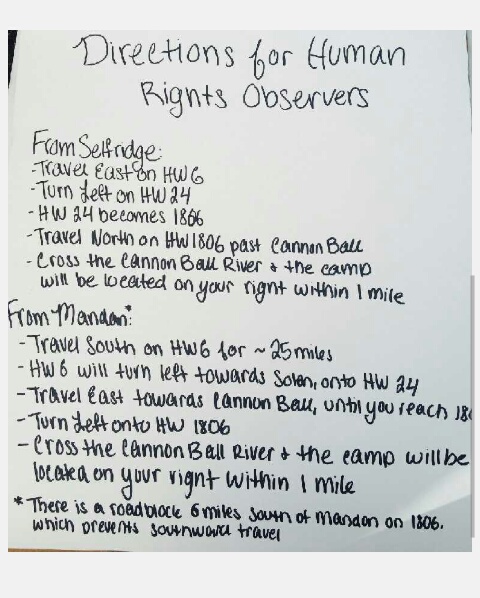 A delegation of Amnesty International greets Joye Braun, Cheyenne River Lakota, one of the original organizers of Sacred Stones Camp

NOW: Message coming in from Buck Sampson, Paiute. 'We Natives are having big rally in Reno in support of our Tribesmen Standing Rock Sioux. We have some people from Standing Rock talking, the drum, Las Vegas Paiutes from Moapa, Pyramid Lake Tribe, Yerington Tribe, Schurz Tribe, Reno Spark Tribe, Lovelock Tribe, Fallon Tribe, Northern Paiute Tribes in Nevada, Susanville Tribe Paiute, Washoe, Maidu, Pit River. We got a few Lakotas here, 300 Natives. They did round dance and sang songs, lots of traditional songs. There was a TV crew here.' And back at camp today, photos, 'We shall remain,' by Michelle Cook, Dine'. Thank you all. http://bsnorrell.blogspot.com/2016/08/standing-rock-camp-we-shall-remain.html 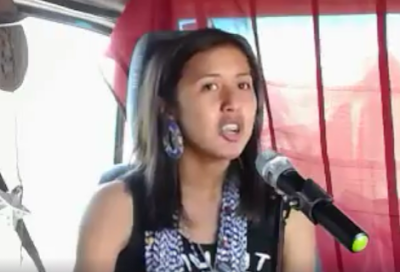 CANNON BALL, N.D. -- In Standing Rock camp, Mekasi Camp Horinek, Ponca, speaks to the water protectors about how the water defense of the Missouri River began, when Dakota Access Pipeline construction began.
The people decided to sacrifice for the water.
"We decided some of us would sacrifice, and be arrested that day." "We are not going to allow them to oppress us anymore. We have children."
"Prayer and sacrifice."
Mekasi said, "Elders would tell me, 'I want to get arrested today.' He said he has never seen elected leaders want to get arrested with the people, like Standing Rock Chairman Dave Archambault and Councilman Dana Yellow Fat did.
He said there were no pipe bombs or weapons like police have claimed. The elders kept them centered in prayer and ceremony.
"This isn't just a Native issue, it is a human rights issue."
"This is no longer a camp. It is a village."
"We don't need weapons, we don't need pipe bombs."
The American Indian Movement had a lot to do with the spiritual awakening of the people, he said.
His uncle, Carter Camp, Ponca, was a cofounder of the American Indian Movement.
The Seven Council Fires are back together.
The Sacred Lodge is back up.
The traditional governing system is back in place.
"I don't want anyone to get hurt, but we have to stand our ground."
"Strong hearts to the front."

Standing Rock Chairman: Our Day in Court: Justice, a Voice and Unity 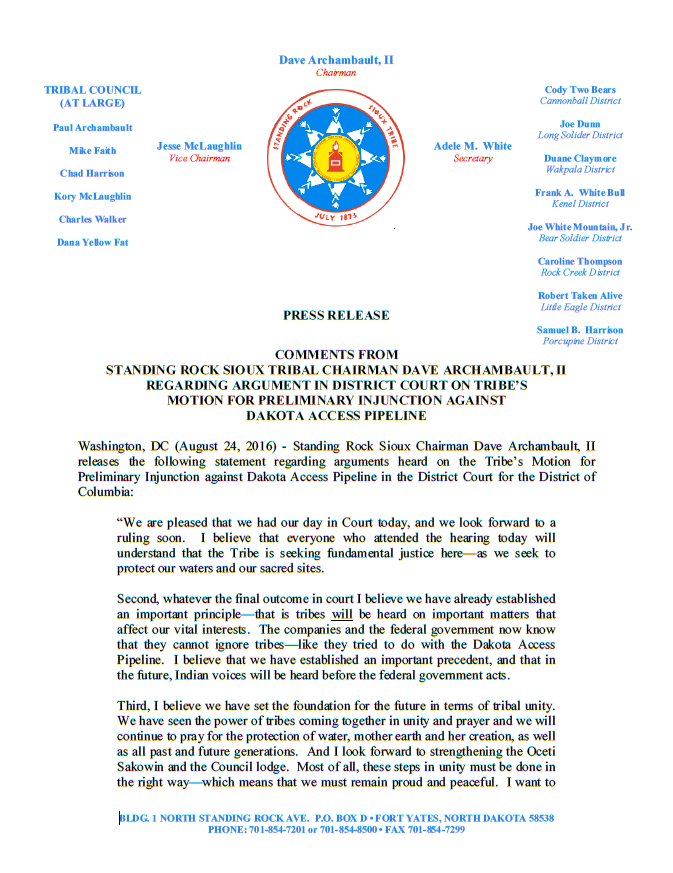 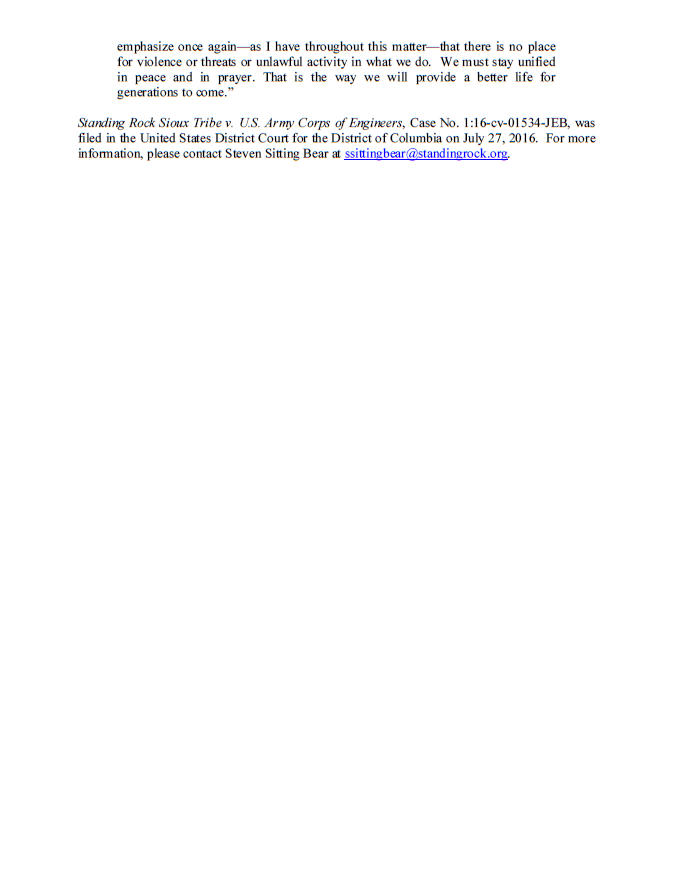 Federal judge will not rule on pipeline until September 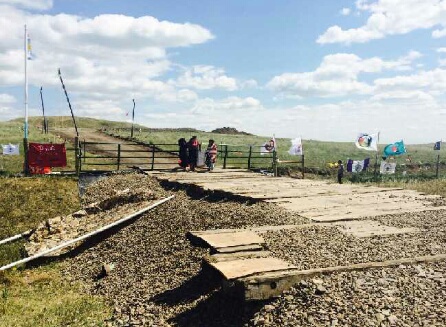 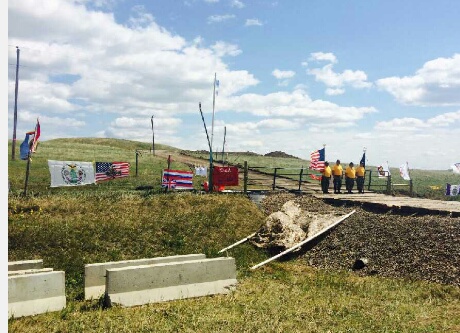 By Brenda Norrell
Censored News
WASHINGTON -- A federal judge delayed a decision on the Standing Rock Sioux Tribe's federal case to halt the Dakota Access Pipeline, a crude oil pipeline now threatening the Missouri River. The case in federal court, the motion for preliminary injunction against Dakota Access Pipeline, is being heard in the District Court for the District of Columbia.
U.S. District Judge James Boasberg heard arguments and said he would rule in September. The Standing Rock Sioux Tribe is challenging the Army Corps of Engineers' decision to grant permits for Energy Transfer Partners' $3.8 billion Dakota Access pipeline, which crosses through four states.
Standing Rock Sioux Chairman Dave Archambault, II said, “We are pleased that we had our day in Court today, and we look forward to a ruling soon. I believe that everyone who attended the hearing today will understand that the Tribe is seeking fundamental justice here—as we seek to protect our waters and our sacred sites."
"Second, whatever the final outcome in court I believe we have already established an important principle—that is tribes will be heard on important matters that affect our vital interests. The companies and the federal government now know that they cannot ignore tribes—like they tried to do with the Dakota Access Pipeline. I believe that we have established an important precedent, and that in the future, Indian voices will be heard before the federal government acts."
"Third, I believe we have set the foundation for the future in terms of tribal unity. We have seen the power of tribes coming together in unity and prayer and we will continue to pray for the protection of water, mother earth and her creation, as well as all past and future generations. And I look forward to strengthening the Oceti Sakowin and the Council lodge. Most of all, these steps in unity must be done in the right way—which means that we must remain proud and peaceful. I want to emphasize once again—as I have throughout this matter—that there is no place for violence or threats or unlawful activity in what we do. We must stay unified in peace and in prayer. That is the way we will provide a better life for generations to come," Chairman Archambault said.
The pipeline plans to deliver 450,000 barrels of Bakken crude oil per day from North Dakota to Illinois, where it will be shipped to refineries on the Gulf Coast.
However, the map of the pipeline shows transfer points on a new pipeline system that goes all the way from the Alberta tar sands in Canada to the Gulf of Mexico. The new pipeline system was permitted in sections to avoid detection while the focus was on halting the Keystone XL pipeline.
The Dakota Access Pipeline documents show that the pipeline had already applied for permits to the U.S. Dept. of Energy, in the spring of 2014, before President Obama came to visit Standing Rock.
The case is Standing Rock Sioux Tribe v. U.S. Army Corps of Engineers, Case No. 1:16-cv-01534-JEB, was filed in the United States District Court for the District of Columbia on July 27, 2016.
at August 25, 2016 No comments:

A Lakota youth from Standing Rock, now living in Flagstaff, Arizona, speaks on the support she received to come here and protect the water. The support came from her Menominee friends in Wisconsin, where she went to college. Listen to her story, along with the live drum and Lakota songs by elder in camp.
Recorded live by Govinda on Standing Rock Resistance Radio, 87.9 FM.
at August 25, 2016 No comments: