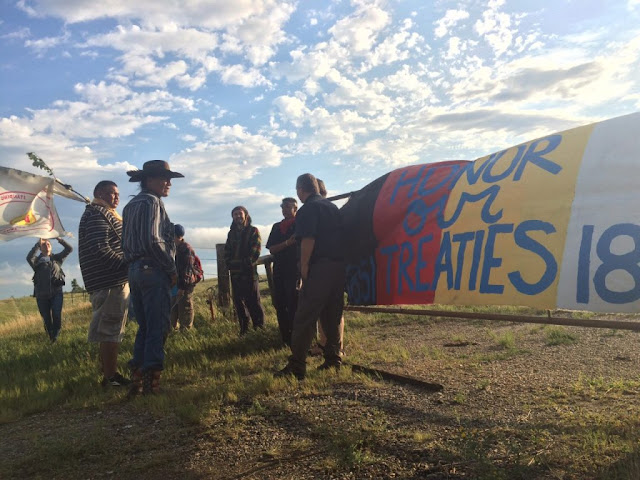 For Immediate Release: August 10, 2016
LaDonna Allard, Camp of the Sacred Stones, ladonnabrave1@aol.com, (701) 426-2064
Joye Braun, Indigenous Environmental Network, jmbraun57625@gmail.com,(605) 515-4792
Armed with banners and prayers, members of the Camp of the Sacred Stones stood together early this morning in the path of the Dakota Access Pipeline.  Land defenders camped along the Missouri and Cannonball rivers remain undaunted in their vigilance to protect and defend the water, sacred and burial sites, and sensitive wildlife habitat in immediate danger from the pipeline being built by Energy Transfer Partners and Enbridge.
Dakota Access issued a 48-hour work notice to the Standing Rock Sioux Tribe on Monday, announcing that construction activities were scheduled to start on the Missouri River crossing, just north of the reservation, on Wednesday August 10th.  The tribe had filed a permanent injunction on July 27th and a preliminary injunction on August 4th in an effort to stop construction immediately, but the preliminary injunction hearing is scheduled for August 24th and their pleas are being ignored.
Campers have said they are disappointed that the proposed 1,172 mile long pipeline slated to carry fracked oil from the Bakken oil fields in North Dakota to Patoka, Illinois is ignoring pending legal action taken by the Standing Rock Sioux Tribe and other Oceti Sakowin tribes of the Lakota/ Dakota/ Nakota Nation in an effort to lay as much pipe as possible while ignoring treaty law, the Clean Water Act, the National Environmental Policy Act, the National Historic Preservation Act, and the Native American Graves Protection and Repatriation Act.
Energy Transfer Partners is being allowed as a for-profit company to trump federal trust responsibilities guaranteed in the 1851 and 1868 United States treaties with the L/D/Nakota tribes, which remain the supreme law of the land as guaranteed in the US constitution.
“The notice from Dakota Access Pipeline to start construction in 48 hours is a blow to the people of Standing Rock.  We keep praying for the water and land. We are searching for every avenue through prayer to defeat this Black Snake.  Please remember water is life.”
-Ladonna Brave Bull Allard, landowner and director of Camp of the Sacred Stones 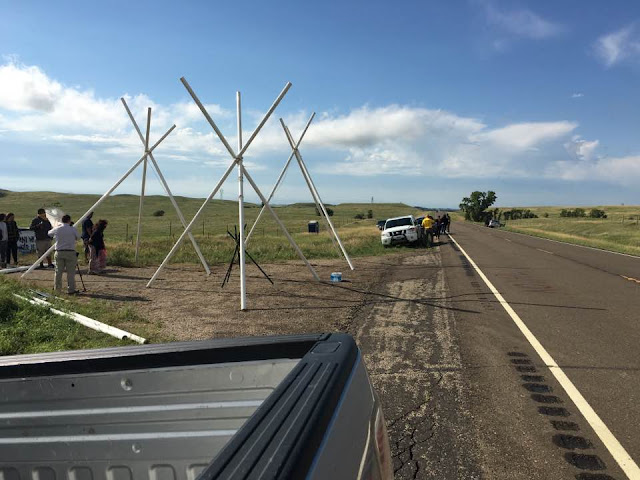 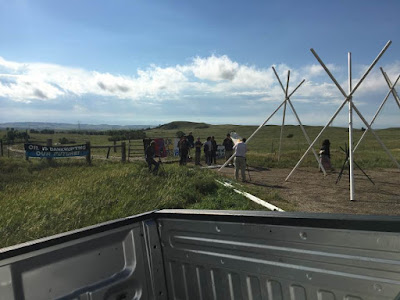 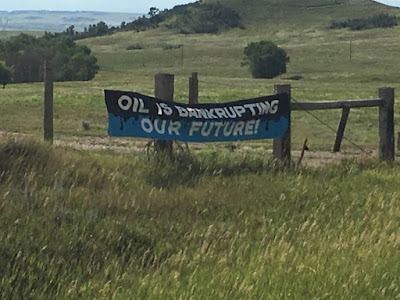 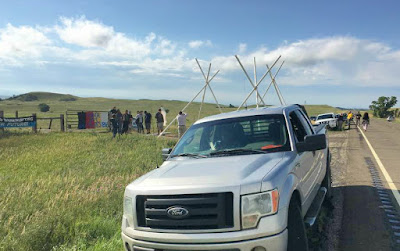 CANNONBALL, North Dakota -- Tipis are going up at the peaceful protest of the Sacred Stones camp to halt the Dakota Access pipeline from drilling under the Missouri River and endangering the river water with a crude oil pipeline. Standing Rock Nation in North Dakota has filed a preliminary injunction to halt the Dakota Access pipeline, view it here . Photos by Jon Eagle, Sr., thank you for sharing with Censored News.
at August 10, 2016 4 comments: