Censored News censored by Twitter: It's no big deal 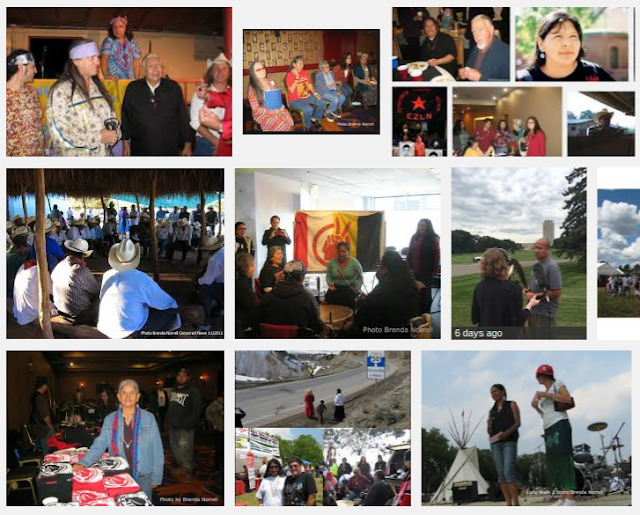 Censored News through the years, beginning with the Indigenous Peoples Border Summit on Tohono O'odham land, and on to the live coverage of the Boarding School Tribunal in Green Bay, WI. There was the live coverage of the Vicam Yaqui Water Forum in Sonora, Mexico, as they began their highway blockade for water rights that lasted for years. There's AIM West coverage, the resistance at Standing Rock, and the five month live radio broadcast with Govinda of Earthcycles from the Longest Walk 2 northern route. Thank you to each of you for 10 incredible years! -- Brenda

Twitter is still blocking me from posting Censored News links. When you consider all the bizarre content that Twitter allows, this is a high honor to be blocked by Twitter.
Censored News has original content. There are no ads, grants or revenues. We are in our 10th year with nearly 8 million pageviews.
We have a birthday coming up at the end of September. That's when I was fired by Indian Country Today, after being censored as a staff writer, and began Censored News. I was threatened by the editor before that, in writing, and told that if I didn't stop writing about grassroots Native people, that I would be fired.
I was on my way that day to cover the Indigenous Peoples Border Summit at San Xavier on Tohono O'odham land. So, with no place to post the articles and photos, Censored News was born.
So censorship by Twitter is no big deal. We've been censored by lots of folks. Take a peek at Censored News www.bsnorrell.blogspot.com