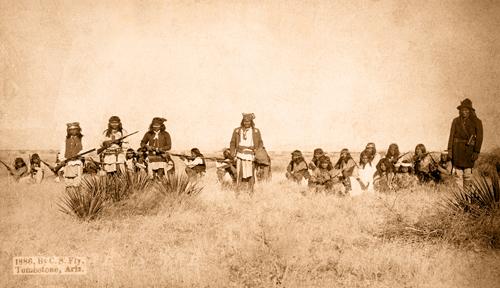 The federal judge denying Standing Rock Sioux Nation's injunction today is a member of the Yale Secret Society Skull and Bones, which seeks world domination. The Skull and Bones Society claims to have Geronimo's skull, as revealed in this rare interview with San Carlos Apache Raleigh Thompson.

U.S. District Judge James Boasberg, who denied an injunction today to the Standing Rock Sioux Nation, is a member of the Yale secret society Skull and Bones, which seeks global domination.

Further, Judge Boasberg is a court judge of the Foreign Intelligence Surveillance Court. Judge Boasberg refused today to halt the Dakota Access pipeline from poisoning the water source of millions, the Missouri River, and digging into the burial places of chiefs.

Boasberg was appointed by President Obama and thwarted an attempt to force the release of the US Senate report on the CIA's torture program. In 2011, Boasberg blocked a FOIA request for photographic evidence of Osama Bin Laden's killing.


The Skull and Bones Society at Yale University, whose members include the Bush family, admitted to Apache leaders in 1986 that they have a skull they call “Geronimo’s.”
This interview with Raleigh Thompson, former San Carlos Apache tribal councilman, was during the Mount Graham Sacred Run in 2004. Thompson said it is time to bring Geronimo home to be buried in the mountains that he loved. "Geronimo left his rifle and peace pipe here when they took him away," Thompson said. "When Geronimo was taken from this land, he wanted to come back and be buried on San Carlos in the Triplet Mountains."Thompson was in a delegation of San Carlos Apache leaders and officials that met with the Skull and Bones Society, including President George H.W. Bush’s brother Jonathan Bush, in New York. Thompson said a log book of the secret society reveals what happened. "They dug up Geronimo’s body in 1918. His body is at the Skull and Bones Museum. Grandfather Prescott Bush dug it up," Thompson said.The existence of the skull labeled “Geronimo’s” was exposed when Apache leaders received a photo and information in the 1980s. The informant provided Apache leaders with a photo of the cult museum’s display of Geronimo’s remains in a glass cage in “The Tomb” in New Haven, Conn. The informant also provided a copy of a Skull and Bones Society log book, in which the 1918 grave robbery was recorded.According to the Skull and Bones log book entry, Prescott Bush, grandfather of George W. Bush, and five other officers at Fort Sill, Okla., desecrated Geronimo’s grave.After receiving the information, San Carlos Chairman Ned Anderson, Thompson and tribal attorney Joe Sparks were in an Apache tribal delegation which met with the Skull and Bones Society. During a series of meetings, Thompson said the Skull and Bones Society offered to return a skull to the Apache delegation, but it was that of a young boy and the Apache leaders refused it. "They admitted that they called this skull Geronimo. They gave us the skull, but the skull was so small that it looked like a young boy’s skull," Thompson said. "Based on that, we didn’t want to take the skull. I think they switched the skull on us." Thompson said the Skull and Bones Society has other items of Geronimo’s, including one of Geronimo’s elbow bones and his horse’s bridle bit and straps. They have been on  display in a museum cage in the secret society’s "tomb," as shown in the photograph the Apache leaders received.Alexandra Robbins, author of "Secrets of the Tomb," told me that law enforcement officers should determine if the secret Skull and Bones Society has stolen items in its possession, including the remains of Geronimo."Why haven’t law enforcement officers been in there in the last 200 years," Robbins said of the secret tomb in Connecticut."If they truly do have Geronimo’s skull, then that is appalling," Robbins said.Robbins spoke with about 100 Bonesmen for her book and believes the 1918 Skull and Bones logbook is authentic. It chronicles grandfather Prescott Bush and other army officers desecrating the grave of Geronimo in Fort Sill, Okla. "We know that Skull and Bones has a history of stealing. It is a regular Skull and Bones Yale identity. We know there is a skull in the Skull and Bones Tomb, which Society members have referred to as Geronimo’s."After the release of her book and an interview on 60 Minutes, she received reactions from American Indians."I have heard from a lot of Native Americans that want to set up a protest. I think they should, to settle this matter once and for all. I think it is ridiculous that there are stolen items in Skull and Bones and no one from law enforcement has been in there for 200 years."Robbins quotes former San Carlos Apache Chairman Ned Anderson as to what happened after the Apache delegation rejected the child’s skull. The Society wanted the matter kept secret."The Bonesmen then tried to persuade Anderson to sign a document stipulating that the society did not have Geronimo’s skull, that he would take home the display case, and that he would never talk about the matter again.”

Anderson refused.Robbins points out that the Skull and Bones membership includes some of the most powerful men in the United States, including both President George W. Bush and his father former President George H. W. Bush.Neither has denied their membership.Robbins said President George W. Bush usually changes the subject when asked about his membership in Skull and Bones. His father, former President H.W. Bush, relayed a comment to Robbins through his press secretary."President Bush said that he preferred it remain secret," Robbins said, quoting Bush’s press secretary.Secret, however, it is not.Robbins says the Skull and Bones Society is about power."This is probably the most powerful alumni club in the country. Their scope is so staggering because Skull and Bones is a tiny club. There are only 800 living members at any one time, yet we could have two of them facing off for the presidency."At that time, Robbins said the presidential race could be between two Bonesmen, Republican President George W. Bush and Sen. John Kerry, D-Mass."The purpose of Skull and Bones is to get people into positions of power, and from there for Bonesmen to hire other Bonesmen into positions of authority."That is something President Bush did, and his father did it too."The revelations about Bonesmen included the fact that Homeland Security author Edward McNally is a member of Skull and Bones.The most surprising to Robbins personally is the involvement with the atomic bomb. As described in her book, a troop of Bonesmen oversaw the construction and deployment of the atomic bomb.While Robbins describes the Bush family as the most powerful political dynasty of Skull and Bones, she points out that the membership includes prominent attorneys, finance heads and CIA officers.

Cabinet members and heads of corporations are among those in the "ultimate old boys’ club," including some of the prominent families: Bush, Bundy, Harriman, Lord, Phelps, Rockefeller, Taft and Whitney, Robbins states.Robbins said while she was a student at Yale she became familiar with the Skull and Bones Society, which led to the research for the book.She was curious how much of an effect Skull and Bones had on Bush’s life. "It turned out to have a surprisingly broad effect."Robbins, former staff writer at The New Yorker, earlier gained attention for writing about President Bush’s poor academic grades. After the release of her book, when she was 27 years old, the author said she received threats in the form of comments that she would be destroyed as a journalist. Meanwhile, Endicott P. Davison, attorney for the Skull and Bones Society, denies that the society had Geronimo’s skull. He claimed the log book describing the grave robbing was a hoax.While the Skull and Bones Society is now exposed, no action has been taken for the return of the remains of Geronimo.Thompson told runners on Mount Graham, "The white man destroys the oceans, kills the water and fishes with oil and he contaminates the soil with uranium.”"Indians see the hearts of the tree, beauty of the mountain. It is a living mountain."Now, the white man has come and cut the trees on this holy mountain. It is the same way as when they dug up Geronimo’s grave and put it in their museum."

Maybe the Apaches should dig up Grandpa bush & steal his skull!!

Univ of Michigan, founded from Native American land from Fort Meigs treaty, has its MICHIGAMUA SECRET society,founded1902.
Used "Injun-English" to name members like former USA President Gerald "Flip 'Um Back" Ford.(1935). And Fielding "Great Scalper" Yost (1922), Squaw Teaser" Schmid; Henry "Wise Chief" Hutchinson,(1920 membership),former UM president. Many influential, "all boys club" members. Mocked indigenous culture, engaged in racist practices. In 1989 they signed an agreement to stop using 'Indian' artifacts..Year 2000, still engaged in racist practices? Native Am. & SCC occupied MICHIGAMUA "the tower", their private top floor of the Michigan Union bldg. In 2007 MICHIGAMUA changed its name to "Order of the Angell" after a founding member, James B.Angell. MICHIGAMUA 'hand picks' its members, they completely decide on who they want to join, 25 members per year. UM had many Native American human remains they dug up, some returned in recent years; how many artifacts & human bones they kept is not known. But they just moved 3 million items from various Museum of Natural Science "collections".

Never vote for someone from Yale is a good start!

Good Brenda they have so much red tape, top secret on themselves, it all needs to revelled