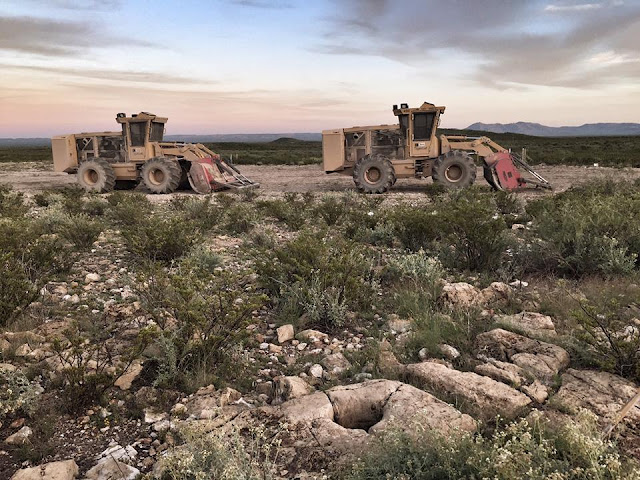 Obama approved pipelines to Mexico by the same company that destroyed the burial place at Standing Rock. That company is now destroying an Indian burial place in Big Bend, Texas, and the black snake corporation --  Energy Transfer Partners of Dallas -- has stolen the names of 'Dakota,' and 'Comanche,' for its pipelines.

By Brenda Norrell
Censored News
While the resistance to the Dakota Access Pipeline was escalating, President Obama approved two pipelines to cross the border into Mexico by the same owners, Energy Transfer Partners of Dallas. Now, this black snake pipeline company is ripping into an ancient Indian site in the conservation area of Big Bend in Texas.
"In May, the federal government quietly approved permits for two Texas pipelines — the Trans-Pecos and Comanche Trail Pipelines — also owned by Energy Transfer Partners. This action and related moves will ensure that U.S. fracked gas will be flooding the energy grid in Mexico," Desmogblog reports.
Just as it did in the north, with the the theft of the word 'Dakota,' for its black snake pipeline, in the south, this black snake corporation Energy Transfer Partners stole the name of 'Comanche' for its pipeline.
The pipelines were dependent on presidential approval because they will cross the international border of the U.S. and Mexico.
The Big Bend Conservation Alliance said, "Today was a sad day as we witnessed the destruction of part of an ancient Indian site along the eastern front of the Davis Mountains by Energy Transfer Partners—the same company that destroyed the sacred burial grounds of the Standing Rock Sioux a few weeks ago. Giant mulching machines chewed through creosote bush and pulverized rock as it ground a pathway across the Trap Spring site for the bulldozers in the days to come.
"This is the first of three stages of construction—the initial clearing. During this phase, brush clearing machines blazed a 125 foot swath through the southern third of the site, a massive tractor with a rotating drum armed with carbide teeth mulching everything in its path. On the backsweep, it scrapes the ground clean, leaving only powdery dust behind.
"Next will come the bulldozers, which will excavate a 125 foot wide trench two feet deep. Any subsurface features and artifacts will be destroyed.
"Last will come the deep trenching for the pipeline. This will obliterate any deeply, potentially VERY old materials."

"Within a two-week span in May 2016, as the Sacred Stone Camp was getting off the ground as the center of protests, the U.S.Federal Energy Regulatory Commission (FERC) issued presidential permits for the Trans-Pecos and Comanche Trail Pipelines. Together, the pipelines will take natural gas obtained from fracking in Texas' Permian Basin and ship it in different directions across the U.S.-Mexico border, with both starting at the Waha Oil Field," Desmogblog reports.
http://www.desmogblog.com/2016/09/20/dakota-access-obama-mexico-fracked-gas-energy-transfer-partners
. 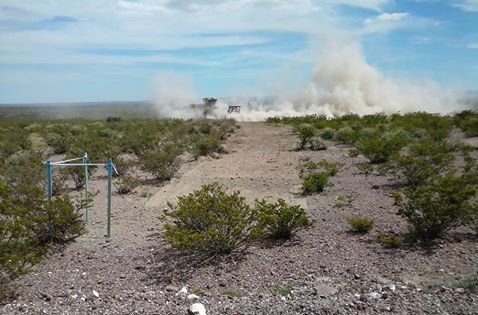 Big Bend Conservation Alliance, "As we stood adjacent to the easement, this machine operator turned, and charged into an area known as a "temporary additional workspace," which is a "bump out" on the main construction easement. This additional workspace overlaps a portion of the southern 1/3 of the Trap Springs archeological site. It was as if the equipment operator was hiking his leg on us."

Sabal pipeline to Florida across waterways. Florida, home of sink holes, and is facing catastrophic events due to climate changes,needs exploding gas lines? Because as Sea levels rise A huge chunk of Florida is predicted to go under water. Land developers bought up central Florida, the new Florida coast.
What about the masses of poor people? Poor people kept uneducated and uninformed following along like sheep.
Where are all those moral leaders helping the poor just to be able to live ?
Thank you Making a Stand at Standing Rock for the voices who can't be heard that they have a way to be heard.

Fracking the Mother Earth, destroying all clean water in its path. Corbin Harney, the late Spiritual Leader of The Western Shoshone Tribe,repeated told us, at daily Sunrise Ceremony, The Water has spoken to me and said that it will turn black and be unfited for any Creature.
His prophecy is coming true due to Franking. STOP trying to squeeze every single drop of oil, out of The Mother, it is going to run out. Start believing in Alternative Energy Sources, alternative energy works and has no bad side effects. Support all Water Protecters, more Water Protecters are needed in many places. The Black Snake of Death, needs to be stopped NOW.
You don't believe me, ask the people of Flint, MI.what Franking has done to their water.

It is at least 50 years over due for people to quit thinking the Earth is replaceable. Go outside and fish already you people in DC who think dirty air,bad water, and record high temperatures are a hoax!

I am seeing a great move across the entire USA to rape the lands and waters of oil, gas and minerals, trees. This plan has been in place for many years. The reservations are being targeted, right along with privately held lands, and our national parks are being eyed by greedy, uncaring commercial-minded entities. They cannot look at a desert as being beautiful and holding an entire ecosystem. To them, it is bare land and subject to whatever they want to do with it. Commercialism is the religion of the USA. It is very sad, for I can see a time when our future generations will not even know what a tree looks like...or be able to touch one!

It is so difficult for me to wrap my mind around the amount of people that laugh when I speak on fracking, or the #NoDAPL protest, ETPs, clean water, human rights, treaties, sacred land... Staggering is the plethora of people in MY OWN community that stand by the phrase, "it's not my problem". I am dedicated to making my way to Standing Rock. I have to bring reality to my community before, not only will it be too late for the Sioux, and the entire population in direct line of the pipeline AND waterways... but for MY family as well. How do people believe that this is not their problem or that ETP will simply stop at the center of this country leaving us untouched?! Ridiculousness!

Thank you so much, to the Warriors making the sacrifices they are making to care for our mother!

The new prophecy is that of the eagle flying together with the condor and the butterfly, connecting us multidimensionally. The rainbow tribes are coming together and the children will know heaven on earth for the next 20 generations. Words have power. Let's speak only what we want. Love Heidi Co founder/Director International Children's Month