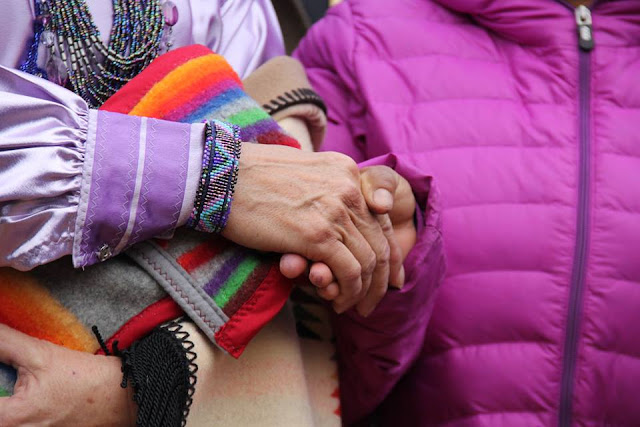 Tune in for the live broadcast

An international indigenous delegation from the Ecuadorian Amazon has traveled to show solidarity with the Standing Rock Sioux and #NoDAPL efforts and share experiences of their successful defense of their sacred sites and water by expelling oil companies from their ancestral rainforest territory. Today at 2pm on the media hill there'll be a press conference with: - Franco Viteri, Kichwa leader from Sarayaku and former president of Confeniae (Federation of Indigenous Nationalities of the Ecuadorian Amazon)
- Nina Gualinga, Kichwa youth representative from Sarayaku
- Kandi Mossett, Indigenous Environmental Network (IEN)
- David Archambault II, Standing Sioux Tribal Chairman