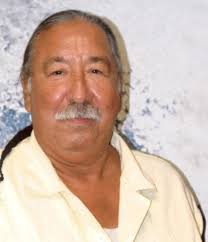 These leaves me in tears. We need Leonard out of there and able to contribute to the resistance at Standing Rock, which is sadly one reason they might consider it to dangerous to let him out. If they have any humanity (doubtful) they will free Leonard and and the injustice they started so long ago.

Leonard Peltier is a political prisoner. Its worse for America to keep him imprisoned because it shows the disease of the American prison, military, industrial complex. Never again should Native Americans have to fight for their lands. Leonard Peltier is fighting for his life, doing good works.
Why shouldn't he be released when in fact many other prisoners that committed serious crimes have been paroled?

Jill Stein will release Leonard Peltier and ALL political prisoners!

Leonard Peltier, Native American Lakota & Anishnaabe, has spent 41 years in prison and with credit for good time its 60 years. Peltier is a political prisoner in America.
Compare sentencing to Bakken oil fields,2016 Terry Henrickson murder for hire. Henrickson, Bakken oil businessman, hired Timothy Suckow to murder 2 men. Paid $20,000. Suckow pleaded guilty to the murders of Carlile a Bakken oil investor, & Clarke, an employee.Carlile was shot & Clarke was bludgeoned to death. Timothy Suckow was sentenced to 30 years in prison for the murders.

Ask for the president to grant clemency for Leonard if you stand with him:

Very Well Said, great to hear from leonard peltier.. It's time this man goes free!! I am also sioux and anishnnabe Prayers for America, for Leonard peltier and for Standing rock!go out register to vote and vote jill stein for change!! #FreeLeonardP.

This is no place for Jill Stein's people to insult our intelligence with their pandering. Such stunts are typical of the Greens who poll lower than the Margin of Error for most polls. If Stein were SERIOUS about supporting the Water Protectors, instead of running after vandalizing a bulldozer with a can of spray paint like a teenager, she could have got herself peacefully arrested, lawyered up, and fought for the water in the courts like an adult warrior. THAT would bring publicity to the camps and actually get her some serious commitment and credibility instead of merely using the camps for some cheap political photo op. Being serious, however, is not something of which she has often been accused.

Stein is hungry for publicity but NEVER going to be elected to anything. Protecting the water is a job for those of us more capable and quietly committed to being EFFECTIVE.

I made comment on Google+ and it is gone! I am so sorry and saddened upon reading this eloquent letter from Mr. Peltier. We have all allowed this to happen and, personally, I am ashamed.

Thank you Leonard, thank you. Your words are for all people, all people. I recall meeting Crow Dog and Two Birds in Illinois during the struggle at Wounded Knee. I pledge that a letter to President Obama will be sent Monday morning. No matter what, I endeavor to speak and act with a true heart. Mitakuye osyain.