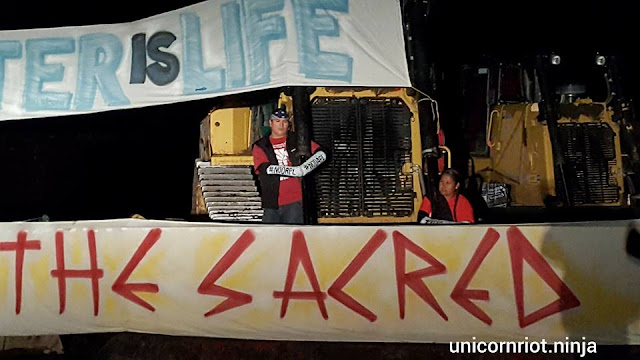 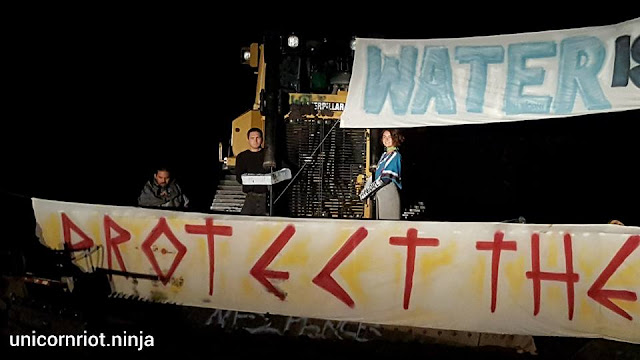 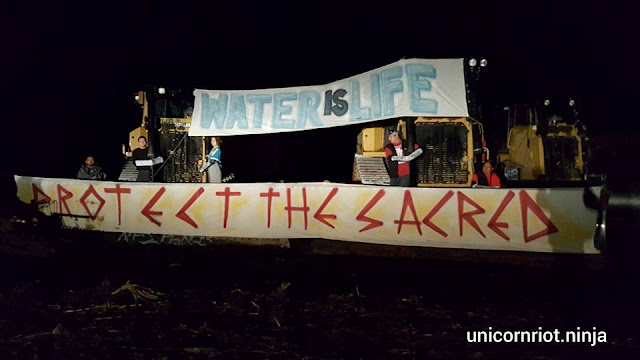 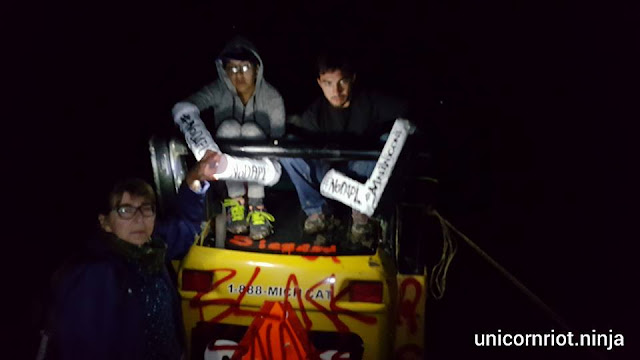 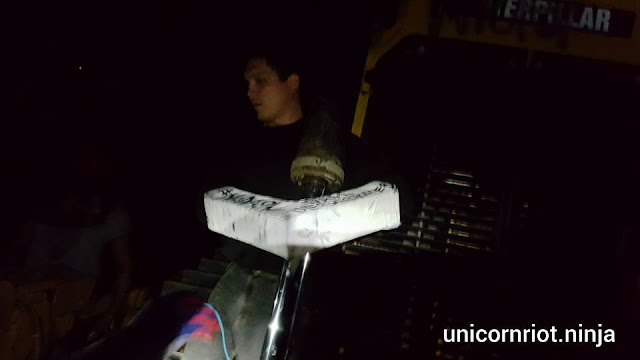 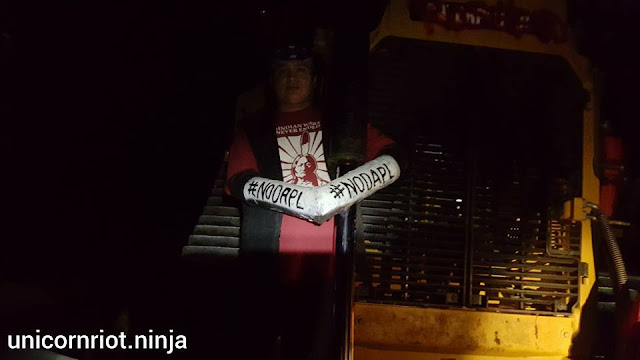 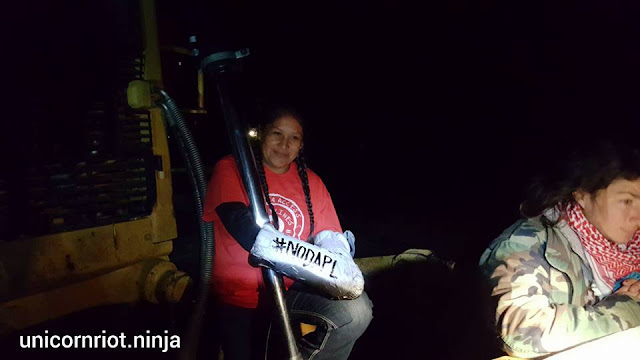 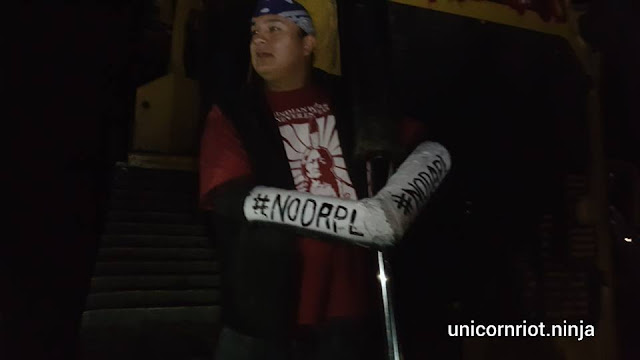 CANNON BALL, North Dakota (Sept. 8, 2016) -- Protectors of burial places locked down to heavy construction machinery before first light this morning to protect the burial place of chiefs in the path of bulldozers of Dakota Access Pipeline.
Construction workers did not arrive, apparently because of muddy road conditions.
North Dakota Governor Jack Dalrymple announced today that he has the National Guard on standby.
Democracy Now reports:
In North Dakota, Governor Jack Dalrymple has activated the National Guard ahead of Friday’s ruling on the Standing Rock Sioux Tribe’s lawsuit against the U.S. government over the $3.8 billion Dakota Access pipeline.
On Friday, U.S. District Judge James Boasberg will rule on an injunction in the lawsuit, which is challenging the Army Corps of Engineers’ decision to issue permits for the pipeline, arguing it violates the National Historic Preservation Act.
Thousands of people representing more than 100 Native American tribes have traveled to the Standing Rock Sioux Reservation to resist the pipeline’s construction.
On Saturday, September 3, the Dakota Access pipeline company unleashed dogs and pepper spray on Native Americans as they attempted to stop the company from destroying a sacred tribal burial site. The bulldozers and company security guards were forced to retreat. The company was also forced to halt construction on Tuesday after two indigenous land defenders, Victor Puertas and Julz Richards, locked themselves to heavy machinery.
On Thursday, Governor Jack Dalrymple said the National Guard will be deployed Friday to a checkpoint along Highway 1806. As many as 100 additional Guardsmen from the 191st Military Police Company will be on standby and could be deployed at any moment. -- Democracy Now
A federal judge refused to protect the burial place on Monday, after bulldozers ripped into the topsoil of the burial place.
Six protectors were bitten by vicious attack dogs of the pipeline, many were maced and some were assaulted by private security of the pipeline.
Morton County Sheriff's Kyle Kirchmeier office released a statement of lies, blaming the burial place defenders for violence. These lies were distributed by major media outlets. The Sheriff's office falsely claimed the protectors had weapons, which they did not. Major news outlets, including AP, repeated those lies.
at September 08, 2016

BE Careful With WHO is asking for money

"President"obama, has truly been a sack of excitement on protecting the Sioux lands. After going to their tribe and tell them he would put their interests first back when he wanted their vote, he's proving he's a liar, letting their struggle and corporate attacks on their people and land, as his ignoring them, is just like he did with letting his Hillary steal the election. Very undemocratic president, and I hope his "legacy" is wrecked as much as he has wrecked these two groups who he has allowed to be deeply wounded!!! #ObamasCorporateOverlords