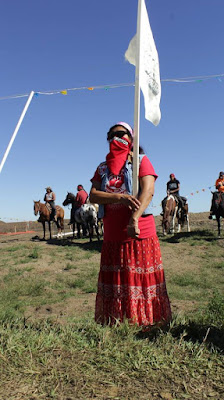 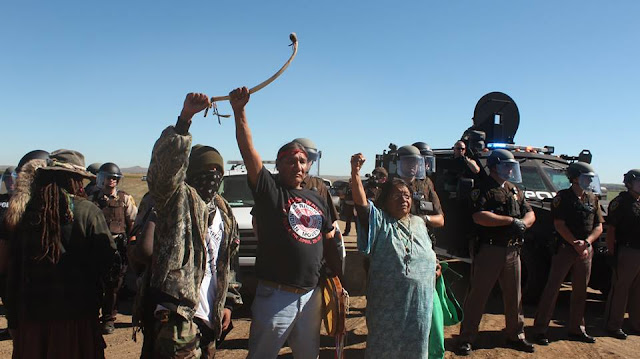 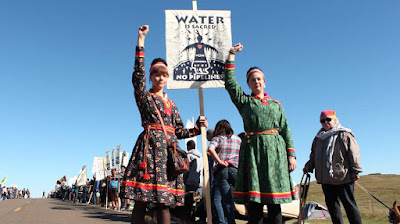 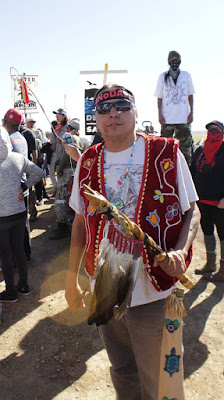 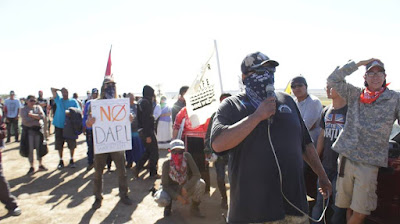 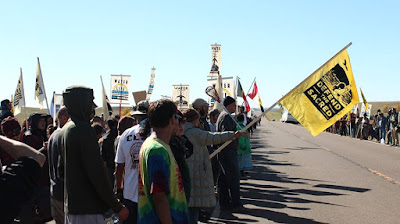 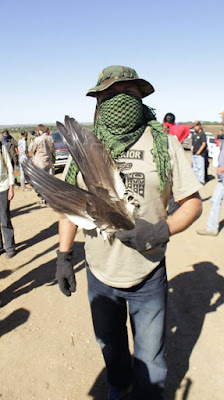 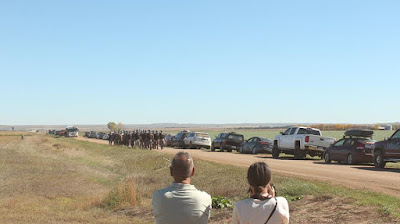 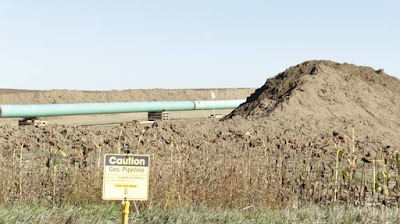 ST. ANTHONY, North Dakota -- Standing Rock water protectors moved in mass, by the hundreds, and halted construction at multiple sites of Dakota Access Pipeline, where work was supposed to be halted.
'The roads were blocked -- the eagle guided us," said one of the Lakota women, among hundreds who rushed to the sites to halt construction.
Pipeline workers fled as water protectors arrived. Police arrived in riot gear with a sound cannon, acoustic weapon, which has not been used as of now.
Water protectors shook the hands of the police officers.
"We are going to come back every day until we shut this pipeline down," said one of the Lakota men protecting the land, water and air for future generations.
"As long as they're not working -- we're winning my Relatives," he said, with thanks to the Horse Nation for being here, on Treaty land.

For those who care to see it, look at how Ugly the police & military violence is, the excessive criminalization by the North Dakota prosecutors and judges towards indigenous people.
Not a surprise to native people.
Look at how beautiful the water protectors songs and prayers are.
Look at how strong the people stand, brave, real, true. Every one can take back their own power, self esteem, love and move forward. Live. Thank you water & mother earth defenders!

This is about protecting Mother Earth and her waters.....History cannot be undone but we must move beyond that. We must act as one people with the same color blood for a common goal of supporting life with peace.