MANDAN, North Dakota -- Heavily armed police in riot gear have arrested about 22 water protectors, following multiple lockdowns to construction machinery this moring.
Medics and Unicorn Riot journalists were arrested at the Dakota Access Pipeline site 89, west of Mandan.
At 4 p.m., one water protector remained locked down. Police were not letting anyone take the person water.
Red Warrior Camp said, "Relatives, do not let media, the North Dakota Morton County Police Dept and these corporations lie to you! Construction was only halted within 20 miles of the river! All other areas are still being dug up and pipe is being laid! Seek truth relatives and take heart! Warriors to the front!
As police charged in riot gear with assault wespons, the Unicorn Riot livestream was censored by Facebook.
#NoDAPL #MniWiconi"
Before being arrested, the Unicorn Riot journalists said, "So they're pointing at everyone with camears saying, he's going, she's going ... So it, seems they're targeting media for arrest. We might be getting arrested here ..." 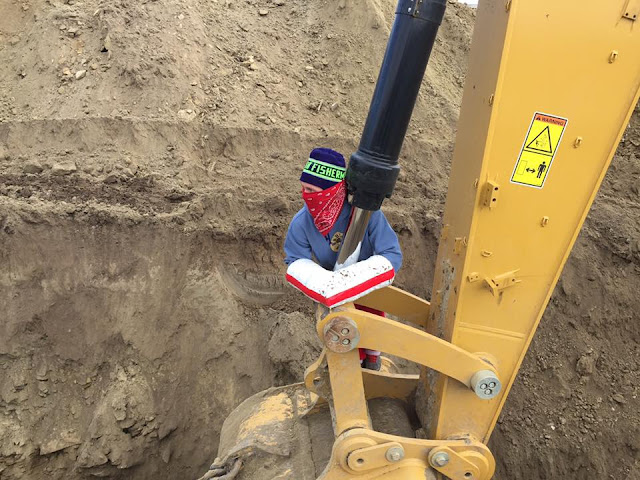 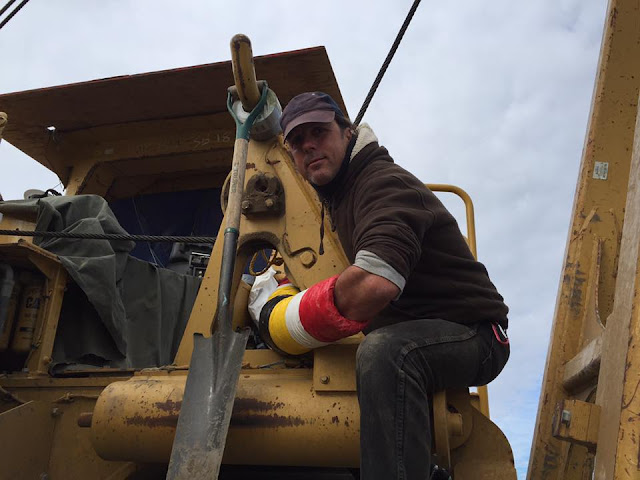 FRACK NO ! KEEP IT IN THE GROUND!
A Shield of Prayers for the Water Carriers & Protectors & the Freedom Press.

HI BRENDA... WE CONTINUE TO FOLLOW YOUR ON THE GROUND REPORTS... AND POST & SHARE THEM VIA FB. ESPECIALLY WITH THE CORPORATE NEWS BLOCKOUT, GETTING INFO TO OUR PEOPLES IS EXTREMELY IMPORTANT. WE ARE EXPERIENCING MUCH DELAYS AND TOTAL BLOCKAGE OF NEWS BY FB... SO ARE EMAILING OUT AS SOON AS WE GET NEWS. WE ARE ALSO PROMOTING TRADITIONAL WORD-OF-MOUTH...TELL 2! WE WILL BEGIN DOING FLYERS & POSTING BULLETINS FROM SITES WE CAN ACCESS TO PRINT.

THOSE OF US UNABLE TO GO ARE GETTING YOURS & OTHER PROTECTORS' REPORTS OUT.
THANKS FOR YOUR GREAT WORKS OF MANY YEARS THAT BRINGS US HERE!

Many are with you protectors !