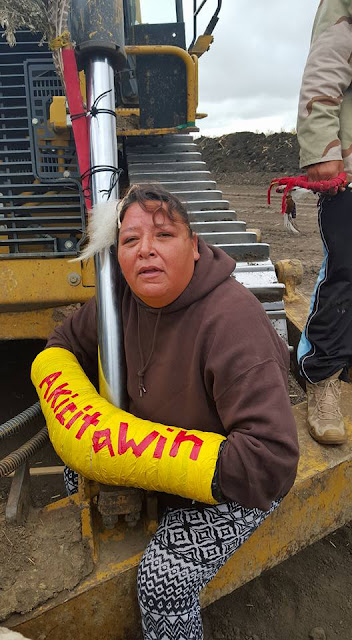 Lakota woman, Julie, speaking out
against meth and violence against
Native women locked to DAPL
machinery NOW
"Water is life. We need to put an end to
this pipeline," she says while locked down now.
There were no arrests today. 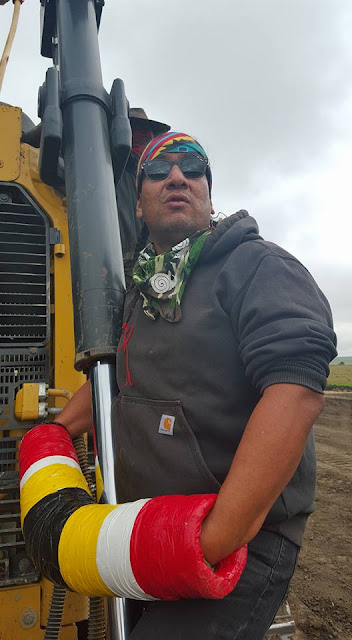 Native from Amazon also locked down to pipeline
machinery.
. 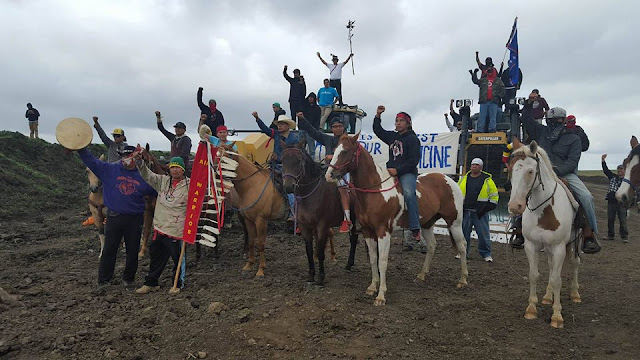 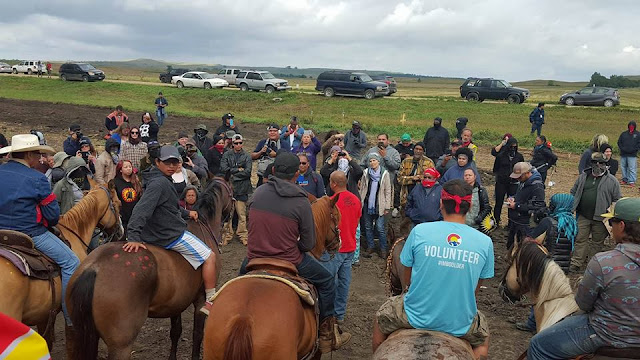 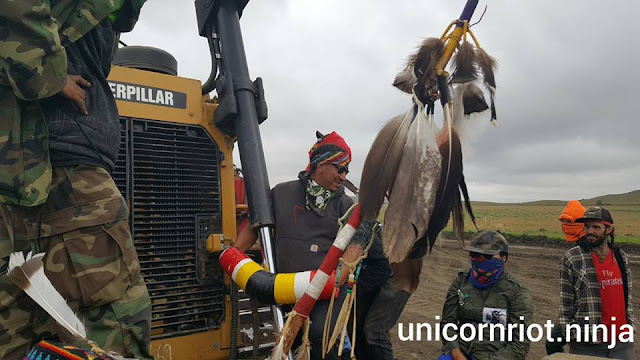 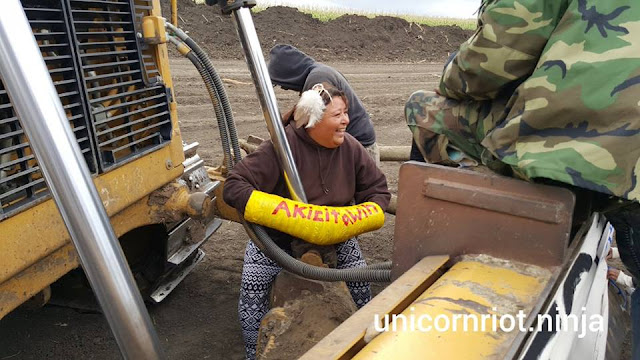 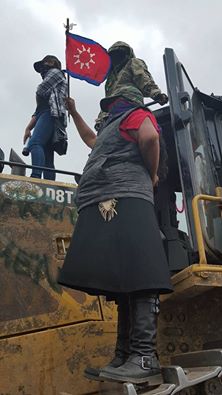 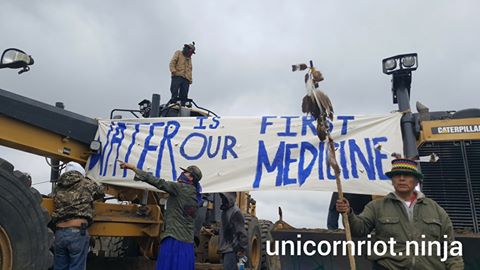