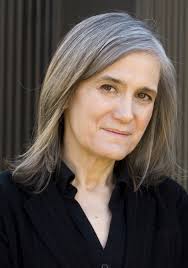 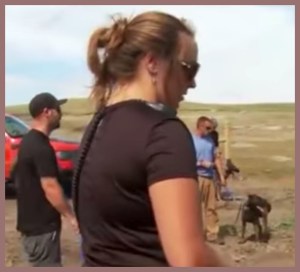 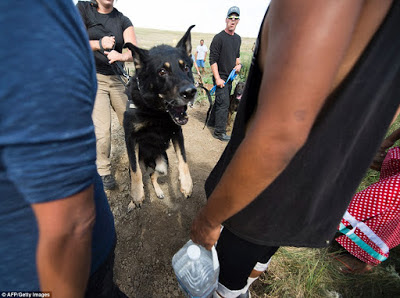 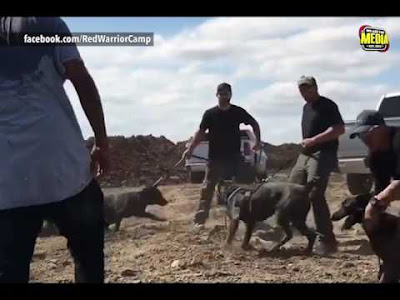 This is a disgusting unbelievable and predictable..wake up world! There not even hiding there wrong doings ..thank you for being there and filming this.your the only news agency who brang a spotlight to this issue and raised awareness to a whole new level!! You are true warriors and protecters !,

Sharing widely. The truth must out.

Expected when you look at who the governor is and senators.. Hilary watchdogs. Trump supporters. Amy got em good. Try to deny Dem Now now!

Racism is alive and well in north dakota. Keep letting g the rest of the world know that america does not care nor is sorry for what it did to this lands owners. I apologize from the bottom of my heart for what my race has and is still doing to your people. Don't back down thousands stand with you and demand this treatment stop. This is bigger than the Pipeline. 100 of years of oppression and genocide need at least a public apology apology treaties honored. With you in spirit in kansas my brothers and sisters.

If the situation was reversed, if standing rock protected brought in vicious dogs the people and dogs would have been shot on the spot. The only protection offered is fot dapl, corporations.Our tax dollars used against us! The corporations have law on their side.

The federal law protecting Native American burial sites and artifacts, NAGPRA, applies to federal land. This desecration is however a felony under North Dakota law, which protects these sites even on private land--and according to the last paragraph here the law also specifically states that it applies to pipeline construction.

How is this tresspassing if it is on native lands? The construction, private security and anybody opposing the natives are trespassing. This is not ok!!!! NOT OK!!! That a private company can hire law enforcement and attack dogs against people trying to protect land that is theirs from people who have no business being there in the first place!!! Oh but its allowed to continue because there is money behind it. The keystone pipeline was stopped because people are starting to wise up, we dont want to allow this destruction to continue. They think they can sneak this one in without anybody noticing? When will theu realize that the majority does not want this? This planet is nothing more than a terrarium in space. There is a delicate balance allowing life to prevail here. Once we pollute it enough that balance will be thrown off and it will no longer be habitable. We need clean water to drink, we need clean air to breathe, we need animals not contaminated with so much toxin that we cannot eat them. And even if we dont eat animals, we still need animals to stay alive. We need plants, those plants need animals, animals need plants, we all need each other. Polluting the water hurts everything. The planet will die.And it will be our fault. Life is so beautiful!! And companies dont even care that they are killing the very thing supporting our lives. They just want money. Protect this beautiful place we call earth!! She is the mother of all and as far as im concerned, that is god!!! Not a man, the earth!!!

I am going to have my vehicle converted to a hydro burning vehicle . So that way I'll never have to buy gas ever again. My friends have already done this.

Now you know who they are.
Demand statements from the dog handlers.

Is this you?
Is this video unfairly edited?
Is this what you do?
Is your behaviour unusual? Beyond bounds of what you consider normal?
Is that blood on the dogs mouth?
How did that happen?
Are you now continuing and deepening the attack?
Who paid you to do this?
Do they trust you to do what you do?

Thanks once again for your brilliant and consistent reporting on this and so many other issues. I appreciate your hard work and dedication. Your blog is one of very few places left where a person can find out what is actually happening. That the 'authorities' did not bother to investigate the people behind these dog attacks is outrageous. Well, they can't pretend not to know who was responsible now. I love how the people have taken to calling themselves 'protectors' instead of 'protesters.' I am profoundly grateful for what they and you are doing.

It obvious that n.d. is somewhat of a Jim Crow state, from the good o boy governor to the good o boy law enforcement. The state seal should say the only good indian is a dead Indian, see that is how the governor and law enforcement think. The state of n.d. belongs in the deep south since they have been masking their racism for all these years. We need to get every organization in the world we can to boycott everything n.d.

How can they be identified and arrested? Would the sheriff or local police do that?

Isn't there ANYthing we can do about that governor and police department?

The oil companies hired security scares up a little girls face that almost took out her eye, so they press charges on the news journalist for trespassing because they didn't like what they had to say.

This violates the rights of all professional news reporters to cover news.
The oil company is going after your jobs, I would be worried.

Alright..to all of you out there, including the protectors of Standing Rock...First of all, Your Constitutional Rights have been violated by the State and the State itself is liable by Law.
Secondly, Under protection of the law, abuse of Law by Law enforcement is a violation by Federal Standard.
Third : The citizens of the State have a right to First Amendment,
this Amendment allows all citizens US, to claim " Redress" of Government Law, as well as Officials liable.
Fourth : Theory of sanction, When an entire State reclaims their given rights under the Constitution, they have that right to withhold
any and all taxes...without paying any taxes, the State would shut down. Boycott all functions of the State or Government. recall all elected Officials in Office. Boycott any income to the State. And, refuse to support and funding to their government. Wildman.

OIL+WAR,
America's Military deployed against its own people.
The State of ND has called out the National Guard against PEACEFUL Water & Land Defenders.

This is what the war of the corporation on HUMANITY can start to look like..... and a lot worse if the octopus has its way..... but as always.....this war must be fought peacefully even when there is violence.... Legally ..... even when the law was broken...... because our men, our law enforcement and military and even FBI depend on it right now...... they have their part to do and so do we. We cannot resort to violence..... or you lose the connection that binds you. They are bound by their chiefs. This is hopefully the Great Battle .... of the Great War. But who knows. I'm growing Mad. The Truth is we can't even trust the stories we hear. What happened to Bernie? Bernie's quiet today? Or did the mehmeh writer get called out? We were mehmeh'd that it was mercenaries who were responsible for the dogs..... now it's law enforcement? Which one was it, law enforcement or Mercs..... and why can no one be held accountable? If charges are to be brought for reporting well I don't know how a misdemeanor like that is handled. And unfortunately , if equipment was damaged and enough evidence is brought to convince a jury, then the law of the land says , "when in Rome....". Or "render unto Caesar......" or something like that

This is so beautiful I snapshoted it

Yes, NAGPRA applies to federal or tribal land. The collections provisions of the Act may apply if they come under the control of an institution that receives federal funding. The Army Corp issued the permit ? If so, isn't the Corp culpable, especially since they issued permits knowing cultural sites were or quite possibly present ?
And for Energy Transfers to pull their equipment off of another site and target bulldoze the burial grounds is malicious destruction.
Outrageous!