Olowan is currently incarcerated at Morton County jail for her defense of the Water at a : #NoDAPL action to stop the continued construction of the Dakota Access Pipeline. The state is pushing for her extradition on charges connected with her resistance at Whiteclay, Nebraska (to stop alcohol sales from destroying her community) and is attempting to hold her for weeks without proper representation and process. We are asking everyone to bring their drums, their megaphones, their war cries and their strong voices, to bring their noisemakers and to let the state know now that we will not stop until Olowan is free and the Black Snake is dead.Come and let Olowan know you stand with her and with us in our demand that all charges not only against her but all our water protectors be dropped.BACKGROUND:Olowan is an Oglala Lakota Mother and Grandmother. She is a long-time Indigenous Land Defender, Water Protector, a born and raised Warrior. Her roots in resistance run deep and strong, far and wide, from Liberation Days to the Sounds of Resistance, she has worked to bring together the Women’s Peace March, organized with Mothers Against Meth, to protect Indigenous women from industrial man camps and to stand in the way of resource extractive industry time and time again. Olowan is not only an Indigenous Land Defender and Water Protector, she is also working to actively protect her community from the oppressions tied to drugs and alcohol.Olowan is a Sundancer, a Pipe Carrier, she is a spiritual woman, a mother to the movement, a teacher, a matriarch and a mentor to the youth. Her war cry has brought so many to these frontlines and many others. We don’t leave our Warriors behind and we will not let Olowan become another missing and murdered Indigenous woman, kidnapped by the state, we will not let her become another statistic, Indigenous women are the largest and fastest growing prison population. #FreeOlowan #NoDAPL #RedWarriorCamp #EarthsArmy #MniWiconi #WaterIsSacred #BlackSnakeKillaDonate & ShareOFFICIAL: Free Olowan Fund - Red Warrior Matriarch https://fundrazr.com/21AODf?ref=ab_74UP82
at September 19, 2016 2 comments:

"Water is the first medicine that the Creator gave us." -- Lee Plenty Wolf

Greeting Relatives and Friends,We the Oceti Sakowin Camp Human Rights Observers will continue to bring attention to theongoing human rights violations including the use of excessive force against peaceful protectors and the desecration of sacred sites. Dakota Access must be held accountable for this violence.At this time, we wish to highlight an important development stemming from the Joint-Statementreleased on September 9, 2016.On 9 September, the Federal District Court dismissed the Standing Rock injunction applicationand allowed construction of the Dakota Access pipeline to continue. Shortly after, theDepartment of Justice, Department of Interior and Army Corps of Engineers released a Joint Statement stating there would be a temporary halt to construction on Army Corps land and under Lake Oahe.Importantly this Joint-Statement recognizes and accepts that there must be a serious discussion between the government and tribal nations on the way Tribes are consulted in infrastructure projects. The Joint-Statement notes that legislative reform is an option to implement a framework to ensure Tribes’ views are included in infrastructure projects.More discussion is needed on what the framework might be. However, the acceptance thatreform is needed is an important development which could help to avoid a future Dakota Access situation.As Indigenous peoples, we emphasize that this discussion must begin by acknowledging that we are sovereign Indigenous nations. We retain our inherent sovereignty as the original peoples and caretakers of the land. This inherent sovereignty exists and continues to this day regardless of whether it is recognized by the State.Because of that inherent sovereignty no corporation is entitled to construct or extract from thetraditional lands of the nation concerned without its free, prior and informed consent.The human rights observers remind the State that Indigenous nations are sovereign nations notcommunities or Tribes. This distinction is important as it requires something more substantivethan the government-to-government framework suggested in the joint-statement on theparticipation of sovereign Indigenous nations in infrastructure projects. Rather any discussion on reform should occur on a sovereign-to-sovereign basis.The human rights observers accordingly recommend that1. States and construction and extractive corporations obtain the free prior and informed consent of any sovereign Indigenous nation concerned before planning or proceeding with any extractive processes, just as it would in dealing with any other sovereign nation.2. States and corporations acknowledge that free, prior and informed consent rather thanconsultation is the proper standard to ensure Indigenous peoples participate as sovereign nations.3. States and corporations acknowledge that the requirement of free, prior and informed consent is not met by a process of consultation designed and controlled by the State.4. States similarly acknowledge that only sovereign Indigenous nations have the right andauthority to determine what their free, prior and informed consent means in any givencircumstance.5. States and corporations accordingly accept that no framework for the participation ofsovereign Indigenous nations in infrastructure projects can or should be unilaterally designed and imposed on Indigenous nations by the State as that would constitute a clear and colonizinginfringement upon the sovereignty of the Indigenous nation.6. States especially take care to respect and acknowledge the sovereignty of Indigenous nations and actively work with them to design, approve and later implement any framework for their participation in infrastructure projects.7. States especially recognize that as each Indigenous nation is distinct, the framework for howto obtain free, prior and informed consent may differ from nation to nation.To prevent another Dakota Access situation, the human rights observers urge the State to take a transformative view on the way Indigenous nations and corporations interact. As suggested, free prior and informed consent must be obtained from the Indigenous nation in accordance with a framework designed and approved by the Indigenous nation. Anything less would undermine tribal sovereignty and result in continued conflict between tribal nations and corporations.From the plains of the Ocheti Sakowin in prayer for the protection of all our peoples,Ocheti Sakowin Camp Human Rights ObserversKevin Hart-AFN Regional Chiefkhart@afn.caKingi Snelgar-MaoriKingi.snelgar@gmail.comMichelle Cook- NavajoCookmichelle7@gmail.com
at September 19, 2016 2 comments:

Zapatistas 'One House, Other Worlds' 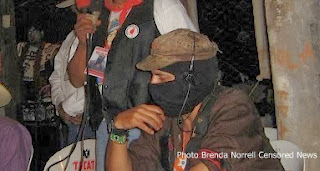 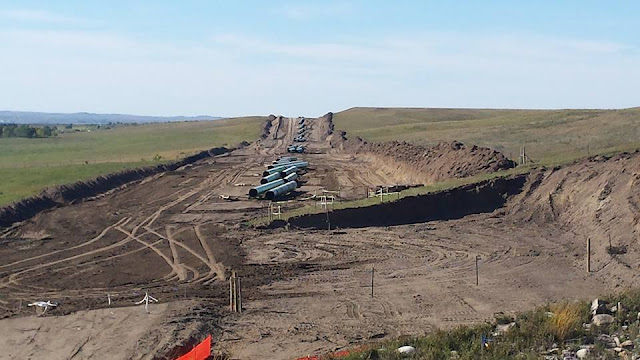 This is today September 17th on the West side of Hwy 6 where 2 days ago there was no pipe & now there is. #NoDAPL
Photos by Kandi Mossett, Mandan, Hidatsa and Arikara 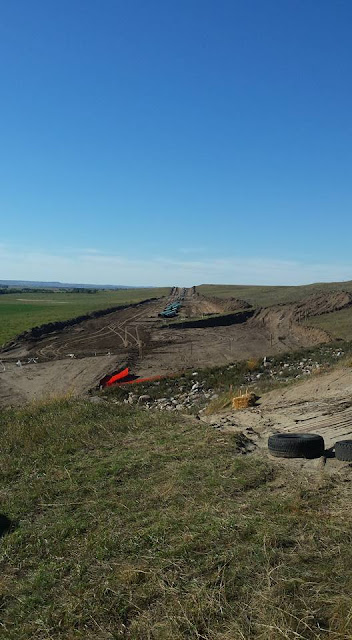 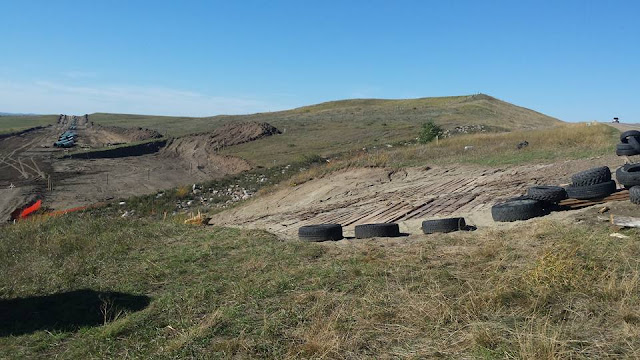