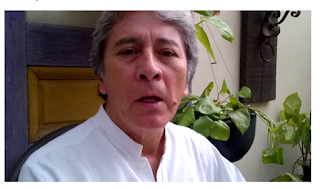 
Mexico's anthropologists held a seminar in northwest Mexico to discuss the formation of the northern border, and protection of burial places and cultural places of Indigenous Peoples.

Mexico's anthropologists gathered in Hermosillo to discuss the formation and militarization of the northern border and what is being done to protect Indigenous Peoples cultural and burial places.
Those gathered discussed the US "Gun Belt" that is present from the northern border above Seattle, through the southern border with Mexico and up the east coast to Canada.
The "Gun Belt" is not really about just about stopping drug running, immigration and terrorism. It is a large scale military complex.
As the United States continues its militarization and encroachment of the border region, "sweat shops" in northern Mexico are increasingly adding military components to their productions, including weapons.
During an interview with Censored News during the seminar, Dr. Sandoval said in 1972, Mexico created a law to protect archaeological, historical, and paleontologist sites and Native cultures.
The National Institute is now in charge of protecting Indigenous historic sites and preventing destruction of artifacts. For example, there is authority to protect Indigenous sites in cases where a highway is planned through an area, he said.
Meanwhile, in the United States, there is a lack of compliance with the existing laws to protect Indigenous Peoples cultural and burial places. On the Tohono O"odham Nation, the United States violated 37 laws when the US built the border wall. O'odham ancestors were dug up in violation of all existing US laws in the process of building the border wall in Arizona.
Dr. Sandoval said of the penalties for such acts in Mexico, "The punishment is very harsh for artifact robbers."
S till, in Mexico, corruption makes it difficult to defend and protect the sites.

In northwestern Mexico -- in the states of Sonora, Sinaloa and Chihuahua located south of the border from New Mexico and Arizona -- the current violence crosses through the homelands of Mayo, Comcaac (Seri), Yoeme (Yaqui), Guarijio, Pima, Cocopah, O'odham, Raramuri (Tarahumara) and the homelands of many other Indigenous Peoples.

Sonora Anthropologist Alejandro Aguilar Zeleny was among those speaking at the seminar.
Watch the video interview by Censored News:
http://bsnorrell.blogspot.com/2015/10/alejandro-protecting-indigenous.html 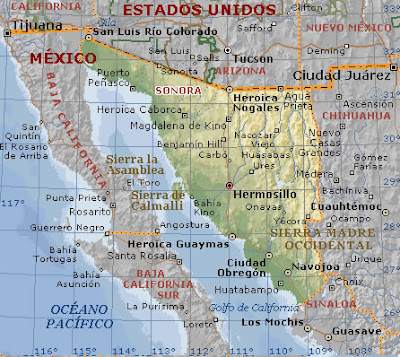 Biography: Born in Mexico City , Juan Manuel Sandoval is a leading social activist and academic in Mexico City who holds a Ph.D. in Anthropology from UCLA. He is General Coordinator of the Permanent Seminar on Chicano and Border Studies in Mexico City , a member of the Coordinating Committee of the Mexican Action Network on Free Trade, and member of the Board of Directors of the National Network for Immigrant and Refugee Rights (USA).

The National Institute of Anthropology and History, Mexico City
The National Institute of Anthropology and History (INAH) investigates, conserves and divulgates the national archaeological, anthropological, historical and paleontological heritage, to strengthen the identity and memory of the society that holds it.
INAH is an institution with plenty regulating and ruling faculties in regards to protection and conservation of tangible and intangible cultural heritage, at the forefront thanks to the level of excellence of research in anthropology, archaeology, history, restoration, museology and paleontology, as well as in professional training within the sphere of its competence.
Its activities have great social impact since the Institute cooperates with the different levels of government and society in the decision making processes of developmental plans and programs, for the design and execution of strategies for conservation and knowledge of the national heritage and memory. INAH performs within this frame of social joint responsibility because it counts on with infrastructure and resources according to its functions as well as with enough highly-qualified personnel with sense of duty to attend the public requirements in an opportune and efficient way.
http://www.inah.gob.mx/english

Please share our link for this article at Censored News (located in your browser)
http://bsnorrell.blogspot.com/2015/10/video-juan-sandoval-protecting.html
at October 17, 2015 No comments: