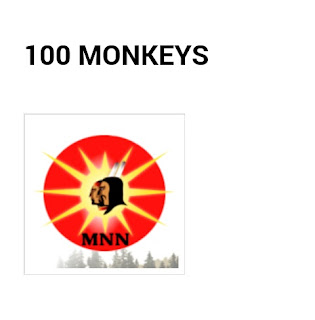 President Evo Morales acknowledges Peltier as defender of his people and Mother Earth, calls for his freedom 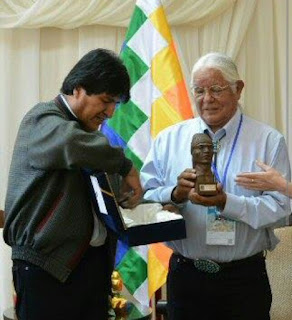 President Evo Morales acknowledges Leonard Peltier as defender of his people and Mother Earth, calls for his freedom
Today, at the World Peoples Conference on Climate Change and Defense of Life, President Evo Morales—joined by Vice President Linera, Chancellor Choquehuanca, and Ambassador Caceres—acknowledged Leonard Peltier as a defender of Indigenous Peoples and Mother Earth, and urged President Obama to grant clemency to Leonard Peltier.
Leonard Peltier was wrongfully convicted in 1977 in connection with the shooting deaths of two agents of the Federal Bureau of Investigation on the Pine Ridge Indian Reservation, South Dakota. The federal prosecutor has twice admitted that the government did not and can not prove Peltier's guilt.  Evidence shows that prosecutors and federal agents manufactured evidence against him, hid proof of his innocence, presented false testimony, ignored court orders and lied to the jury. In 2003, the 10th Circuit Court of Appeals found that "Much of the government's behavior at the Pine Ridge Reservation and in its prosecution of Mr. Peltier is to be condemned.  The government withheld evidence.  It intimidated witnesses.  These facts are not disputed."
. 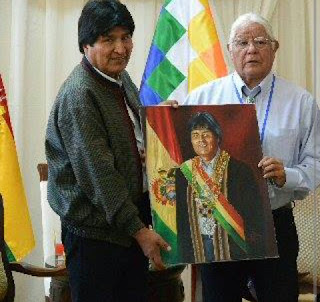 Imprison ofed for nearly 40 years—currently at the federal prison in Coleman, Florida—Peltier has been designated a political prisoner by Amnesty International. Nelson Mandela, Archbishop Emeritus Desmond Tutu, 55 Members of Congress and others—including a judge who sat as a member of the court in two of Peltier's appeals—have all called for his immediate release.
President Evo Morales hosted the landmark 2010 World Peoples Conference on Climate Change and the Rights of Mother Earth. This year's conference focused on climate, the threat of capitalism and the concept of living well.  President Correa (Ecuador), President Maduro (Venezuela) and the United Nations Secretary General Ban Ki-Moon were in attendance, as were other interested parties from around the world.
Specifically invited by President Morales, Lenny Foster (spiritual advisor to Leonard Peltier and Board member, International Indian Treaty Council) said, "I gratefully accept this important acknowledgement of the sacrifices made by Leonard Peltier in defense of his people and of Mother Earth.  We can think of no other award so precious.  Defense of our Mother is the first right we must assert as Indigenous Peoples."
Foster also read Leonard Peltier's words:  "…We've seen that the pursuit of maximized profits through globalization, privatization, and corporate personhood has become a plague that destroys life… The people most closely associated with the Earth suffer first and most… To live free of the fear of forced removal, destroyed homelands, poisoned water, and loss of habitat, food sources and our overall life way is our righteous demand. We, therefore, continue our struggle to survive in the face of those who deny climate change and refuse to curb corporate powers… It is time for all our voices to be heard."
After, Mr. Foster presented President Morales with his portrait—painted by Leonard Peltier.
###
Photos:
www.whoisleonardpeltier.info/images/20151012aMoralesPortrait.jpg
www.whoisleonardpeltier.info/images/20151012cMoralesPortrait.jpg
www.whoisleonardpeltier.info/images/20151012dMoralesAward.jpg
International Leonard Peltier Defense Committee
PO Box 24, Hillsboro, OR 97123
(505) 217-3612
www.whoisleonardpeltier.info