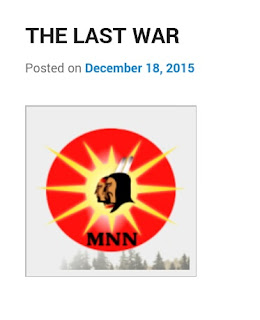 Censored News Survives, with Truth Telling as a Labor of Love 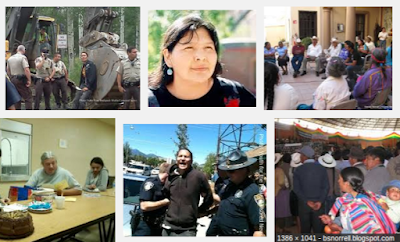 Today we celebrate the writers and photographers who generously shared their work with Censored News during 2015, and for the past nine years.

Native Americans and grassroots activists have shared their heart's songs, and their heart's struggles, here this year, and since 2006. Many of the columns come from those who are living in their homelands.

Among these are Debra White Plume, Lakota on Pine Ridge, South Dakota; both Louise Benally and Bahe Katenaay on Big Mountain on the Navajo Nation; Ofelia Rivas, O'odham on Tohono O'odham land at the so-called southern border; and Kahentinetha, Mohawk on Kahnawake north of the so-called northern border.

There are many professionals writers and photographers who share with Censored News, including Dan Bacher in California, and Ken Marchionno, now on the Four Generations Ride in South Dakota. There are also many truth tellers whose identities remain confidential. A special thanks to translators Christine Prat and Alice Holemans, who translate many articles into French and Dutch and share these with the world.

Special thanks goes out to Govinda at Earthcycles, who has made the sacrifices necessary as an unpaid warrior of the technical kind, and provided live coverage of Indigenous events across the Americas. Since 2006, Earthcycles and Censored News have teamed up to provide live coverage, with precious audio and video archives saved of so many heroes and legends. This includes Lakota activist and actor Floyd Westerman; Lehman Brightman, Lakota founder of United Native Americans; and Oneida Comedian Charlie Hill.

We were live at the Border Summits, then live on the five-month Longest Walk across America northern route in 2008. The Long Talk radio brought us so many precious friends, including the Native American youths who walked across America. We were also able to provide live coverage from the Mother Earth gathering in Bolivia; uranium summits on Acoma/Laguna Pueblos and Havasupai; AIM West Conferences, and from Western Shoshone in Nevada and the Mandan, Hidatsa and Arikara in North Dakota. We were live from both Tribunals in Green Bay, Wisconsin, the Peltier Tribunal and Boarding School Tribunal.

Censored News began as a way of exposing what Indian Country Today was censoring when they terminated me, with no cause given, in 2006. Now Censored News has grown to much more. Although reader donations have not been enough to cover all the costs of our travel for the live coverage provided in recent years, Censored News survives as a labor of love.

Perhaps if I had not been censored, blacklisted, unable to earn money from my writing for the past nine years, and then disabled much of this year, then I would have missed this precious opportunity.

For there is one truth of censorship that so many have discovered: The most profound, and clearest way to expose the truth is to censor it.

A sincere thanks to each of you who have contributed to, and supported Censored News. Best, Brenda
at December 18, 2015 No comments: