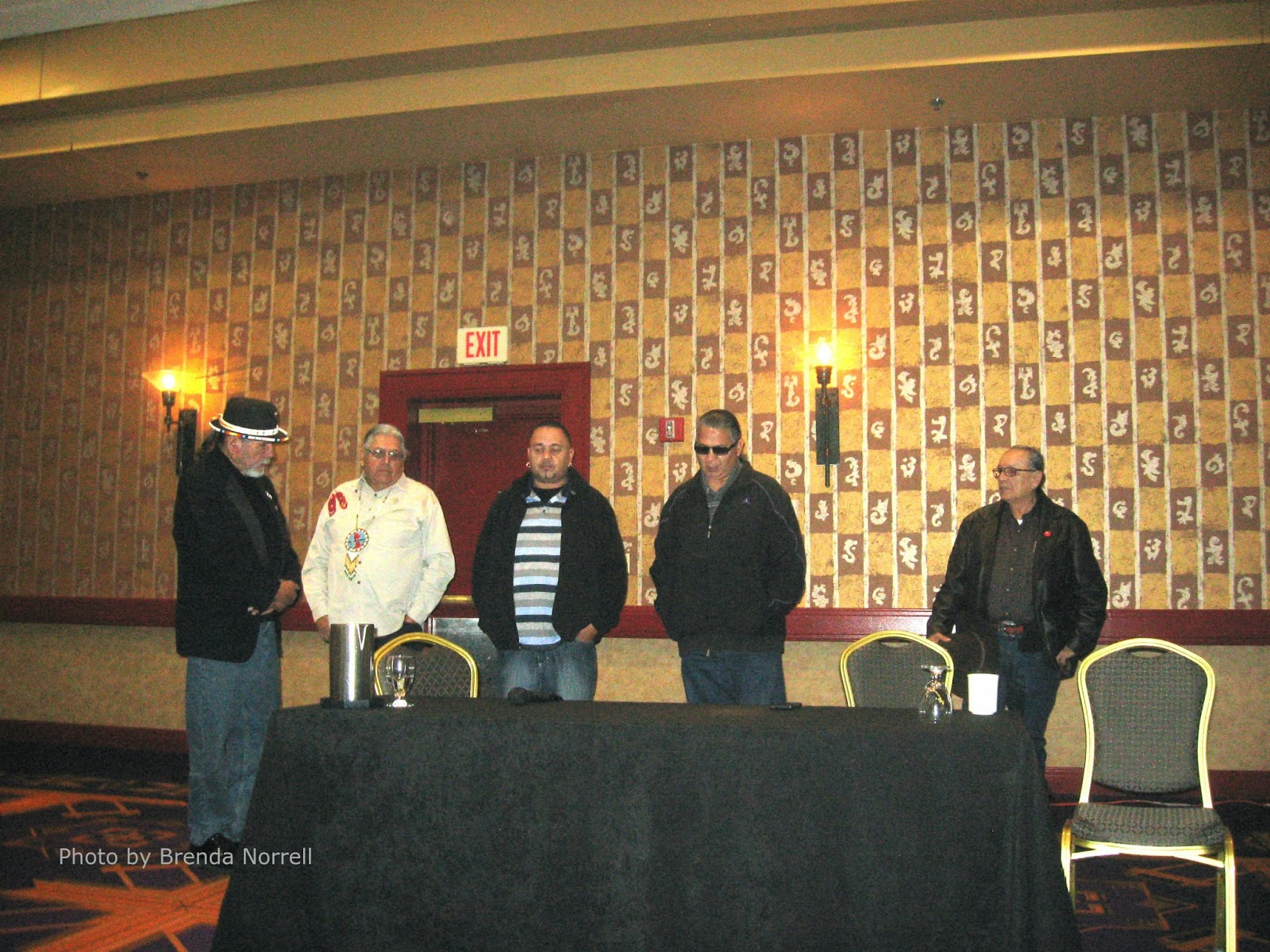 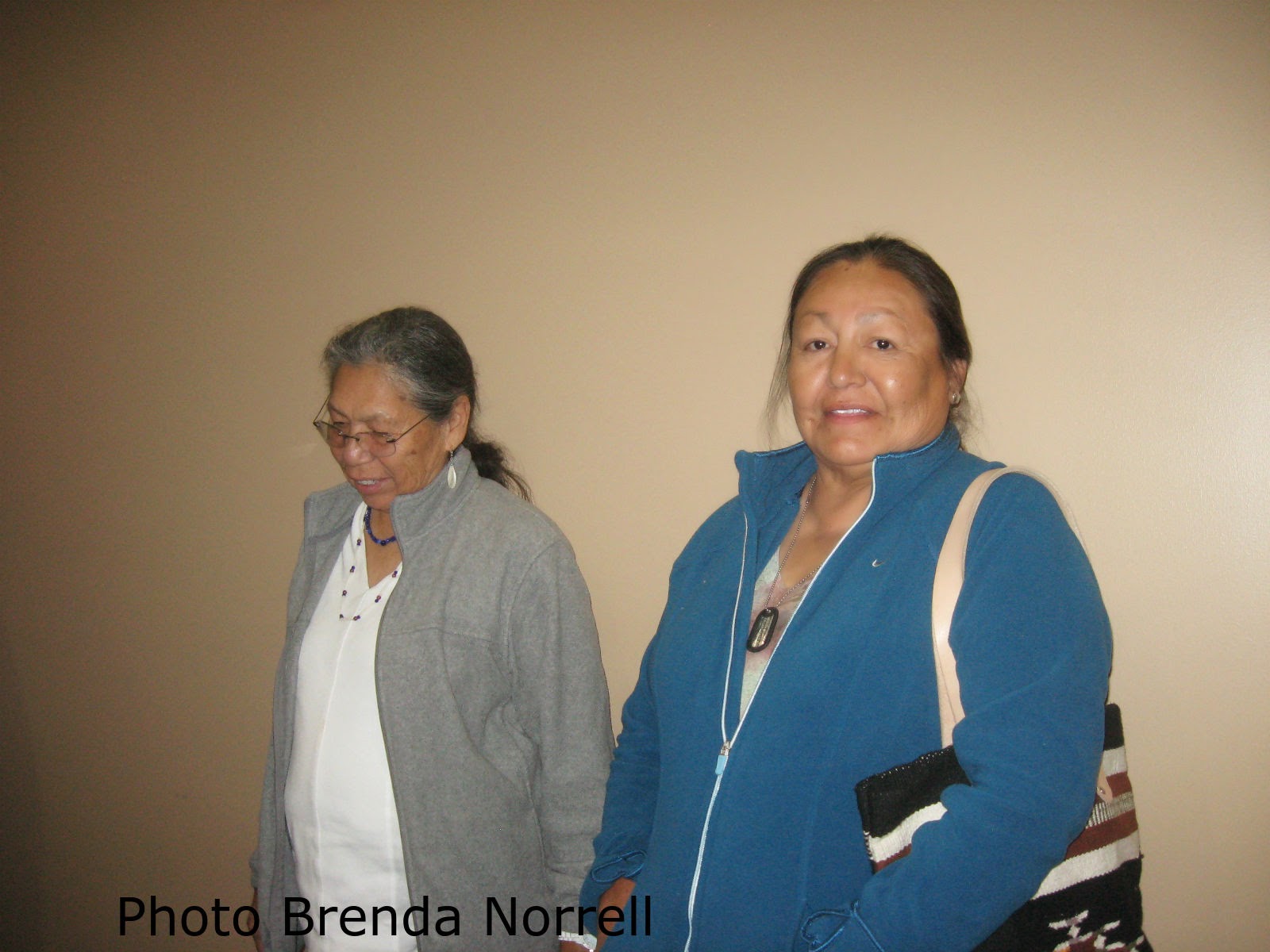 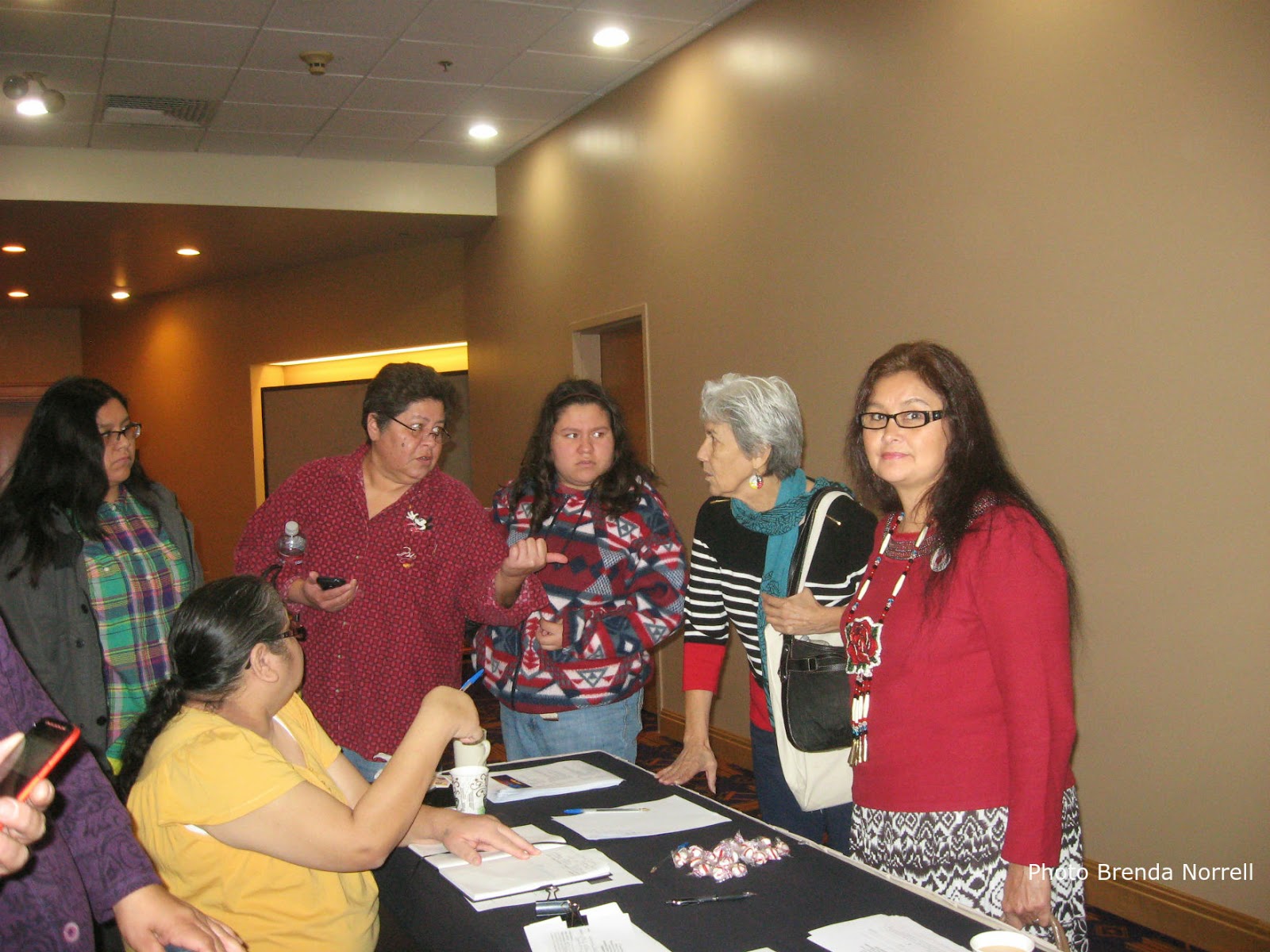 GREEN BAY, Wisconsin -- The Boarding School Tribunal began with a traditional prayer and AIM song on Wednesday morning. Dennis Banks, Anishinaabe, and Bill Means, Lakota, welcomed Native Americans to the first day of the three day Tribunal focused on the devastating impacts of boarding schools.
Dennis Banks, Anishinaabe, urged Native young people to take the lead in the American Indian Movement.
Describing his own childhood, Banks said he was in boarding schools from the age of five to sixteen, for 11 years. He described the screams at night from the beatings and rapes of Indian children in those boarding schools.
"Screams at night, those were very common," Banks said.
"The term 'historical trauma' does not get to the heart of what we went through," he said.
Describing the generations of Indian children who were ripped from their parents and forced into boarding schools, Banks said he knows first hand the pain of hearing that a child has been taken, because one of his own grandchildren was taken away by social services.
"I was a child that was taken away."
He said today social services makes decisions based on the non-Indian structure of families and does not take into account the extended family of Native people.
Describing being in boarding school as a child, Banks said, "My mother never wrote me."
When he finally saw his mother again, he asked her why she had not written. She said that she had written him.
It was decades later, when the papers from those boarding schools were discovered, that he finally received his mothers letters.
But earlier, when she died, he was left with no emotion because of those boarding schools. The boarding schools had severed that connection by first taking him from his parents and later denying him his letters from his mother.
In one of his mother's letters, there was an old $5 bill. "I want you to send my son home," his mother had written in the letter to the boarding school.
Describing the whippings and screams in those boarding schools, Banks said those never leave him. "Those screams are still screams, those tears are still tears"
During the opening session of the Tribunal, Bill Means spoke on the importance of teaching children their traditional language and the need to inspire children in education programs.
Means described the history of the fight for justice and described when the traditional elders, including Frank Fools Crow, Lakota, guided the fight for the recognition of treaties. He also described the first treaty gathering at Standing Rock in the Dakotas.
Means also described the struggles at the United Nations and the ultimate passage of the UN Declaration on the Rights of Indigenous Peoples.
"This is where AIM has taken us," Means said.
Means said the "black snake" has come upon his people. Means described the threat of the tarsands pipeline, the Keystone XL pipeline, and the oil rush in North Dakota.
Means spoke of the new generation of AIM youths. He said the Internet and laptops have changed the need for AIM to have press conferences. He said AIM doesn't need to be concerned with the reporters who never show up to report the truth because the words of AIM now go around the world, carried by the world wide web.
Means said it feels good to see the young people taking the reigns of AIM.
Banks, urging the youths to move into the forefront of AIM, pointed out that because of the live coverage provided here, would be translated into other languages and shared around the world.
In the afternoon, there was a tour of Green Bay. There was a gathering and consultation of the American Indian Movement in the evening.
The Tribunal continues with testimony on Thursday and Friday, with a local feast on Thursday evening, and a banquet on Friday evening.
This year's Tribunal is the second annual Tribunal. Last year's Tribunal focused on freedom for imprisoned activist Leonard Peltier, and the rights of Indigenous Peoples. Among the speakers was Manny Pino of Acoma Pueblo who spoke on the defense of the land, water and air from uranium mining in the Pueblos. The devastating Cold War uranium mining in Laguna and Acoma Pueblos, and the Navajo Nation, left a trail of cancer deaths where thousands of radioactive tailings remain today.
Follow the Tribunal live again on Friday with Earthcycles and Censored News.
Day 3 Preliminary conclusions and testimony
http://bsnorrell.blogspot.com/2014/10/conclusions-boarding-school-tribunal.html
More Testimony from Day 3:
http://bsnorrell.blogspot.com/2014/10/day-3-boarding-school-tribunal-watch.html
Day 2
http://bsnorrell.blogspot.com/2014/10/watch-live-day-2-boarding-school.html
Day 1
http://bsnorrell.blogspot.com/2014/10/day-1-boarding-school-tribunal-in-green.html
Peltier's statement
http://bsnorrell.blogspot.com/2014/10/leonard-peltiers-testimony-to-boarding.html
Livestream videos
www.earthcycles.net
brendanorrell@gmail.com

An artist's intepretation of prisoner mistreatment, because the real photos may never be released. 'A reminder of those still being held indefinitely at Guantanamo Bay, Bagram, and other detention centers around the globe,' reads the subtitle of the photo called 'Indefinite Detention.' (Photo: Justin Norman / cc / flickr)
A federal judge has given the Obama administration less than two additional months to make its case why photos of abuse and torture by U.S. military forces against detainees captured following the invasions of Iraq and Afghanistan should not be released to the public.
Read article: http://www.commondreams.org/news/2014/10/22/us-given-new-deadline-torture-photos-more-disturbing-abu-ghraib
at October 22, 2014 No comments: